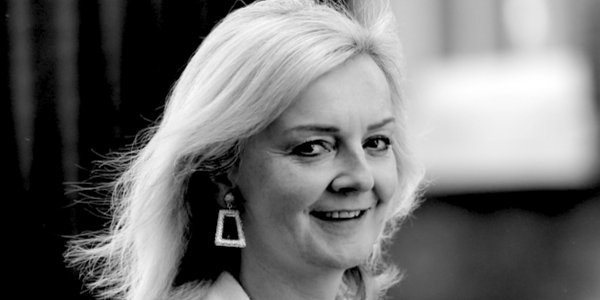 LIZ Truss announced her candidacy for the Conservative Party leadership in an article in Monday’s Telegraph.

In it she stated: ‘I will get the private sector growing faster than the public sector’, thereby unwittingly revealing that she shares the prime conceit of modern politicians – that they run the economy, including the private sector. They don’t, although – as we’re seeing – they do possess the ability to wreck it.

The private sector does not need encouragement from the Government to do this – it has its motivation in its pay packets. What it does need the Government to do is uphold the rule of law, pass sensible legislation to deal with new problems, provide the services that only government can provide at reasonable cost … and that’s about it.

Stable currencies and low inflation would help – both of which merely require economic competence. A low-tax regime reduces the cost of capital and thus the cost of growth. An educated workforce and a social safety net provide for stability.

What does not help is government departments, funded by tax from the unborn (the unavoidable result of running a deficit), seeking to tell businesses how to operate, speculatively invest in new business (sometimes described as ‘picking winners’), inventing new genders,  or jeopardising the energy supply.

The latter is a particular concern, courtesy of Theresa May’s ill-considered adoption of Net Zero and Boris Johnson’s decision to pander to Greta, XR and the Stop Oil numpties.

We’re facing blackouts this winter; if you want to know why, I recommend reading the admirable Watt Logic blog. The reality that strident Liz fails to grasp is that the government machine is the problem, not the solution.

There are several reasons for any government’s commercial ineptitude. They include the inherent short-termism of their political masters, the serious difficulties in translating policies into likely impacts on the five million or so businesses in the UK – ranging from giants such as BAe Systems to the sub two-employee firms that provide most UK employment.

Of course, it’s the 2,000 listed behemoths that have the ear of government – the City was entrenched in the Westminster and Whitehall bubble long before taxpayers bailed out the banks in 2008. It’s even more entrenched now.

The point Liz Truss and her ilk need to comprehend is that the last thing any company needs is her help. As President Ronald Reagan rightly quipped, some of the most frightening words a business leader can hear are: ‘I’m from the Government and I’m here to help.’

What she could do is start to sort out the mess, which means cuts. I would start with the Department of Education – still failing pupils since the 1970s – and the Department for Business, Energy and Industrial Strategy, which seems intent on delivering an energy crisis through Net Zero.

Would anyone really notice if these two were closed? The excellent civil servants there should be delighted to be able to transfer into the private sector, where their skills will be highly prized.

Truss trills about tax cuts – but what spending is she going to reduce? What bits of government are any of them going to cut? Do they have the drive and tenacity to force though the necessary measures to balance the Government’s budget?

It will take a grasp of detail, ruthless logic and personal resilience, because the Blob will fight back hard (as will the mainstream media, most of which believes in the Big State).

Those who agree with Iain Duncan-Smith that the £500billion or so of Covid debt can be treated as a war debt and written off over a long time are, at best, demonstrating their ignorance – the average maturity of our gilts is 18 years, meaning that almost £1,000billion has to be repaid by 2040.

Sure, that could be refinanced, but it would be a whole bunch easier and cheaper if our wretched government could live within its means.