NewsPaperthe art of publishing
HomeKathy GyngellSorry, but single mums and child poverty are the same problem
0

Sorry, but single mums and child poverty are the same problem 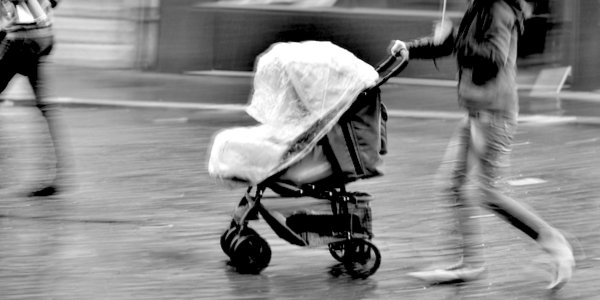 For years now in this country, putting the words ‘single mother’ and ‘child poverty’ into the same sentence has been enough to have you ostracised.

Failure to ‘lift children out of poverty’, a poor measure at the best of times, is the whip the Left lash the Right with. Their demand to increase tax credits, welfare or childcare support never ceases in this quest. The fact that the better off everyone gets, so too rises the mean against which child poverty is measured, works brilliantly for them.

As a result, the Conservatives dare suggest any answer but income support or work incentives at their peril. Any idea that a marriage policy is at least part of the answer, when not treated with contempt, is dismissed, even by those on the Right, as socially and politically impossible. As one comment on Thomas Pascoe’s recent post put it: ‘No decent society is going to punish children by using fiscal means to amend the behaviour of their parents. Any government that tried it would be committing electoral suicide.’ It is, said our reader, a ‘political trap [which] enables the system to be gamed with impunity’. The operative words here are ‘decent’ and ‘punish’. He brilliantly highlights the shame game that’s been played so successfully that it has stopped us addressing the single mother problem (about 1.8million or so in this country with just under 3million children between them). This is indeed a major factor, if not the major factor, in child poverty.

We are not allowed even to discuss the links between the two.

In America at least it is debated despite the liberal media’s attempts to quell the recalcitrant proponents of this uncomfortable truth.

For example a recently published report from the American Enterprise Institute and the Brookings Institution, Consensus Plan for Reducing Poverty, stresses the value of putting marriage to the fore in the fight against poverty.

The New York Times was quick to respond as related here, arguing that ‘reducing single motherhood here would not substantially reduce poverty’ for ordinary households.

But instead of being reduced to a scared or intimidated silence, the authors fired back with a keen and clinical response. To see them debunk the NYT, to understand exactly why the NYT got it so wrong, and exactly why single parenthood has to be addressed if we really want to reduce child poverty, you need go no further than this article here by W Bradford Wilcox.

This is the debate we should be having here. Until we address the facts that Wilcox sets out, the Right will never get on to the front foot of the debate, child poverty will remain a structural problem, and will always be a stick for the Left to beat the Right with.