Spanish voters give the Left a beating 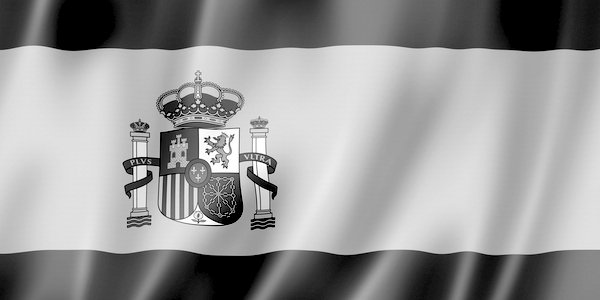 LAST weekend Spain had its second general election this year and its fourth in four years. Prime Minister Pedro Sanchez gambled on an election to firm up the fragile position of Spain’s governing Spanish Socialist Workers’ Party (PSOE) and break the country’s political deadlock. He lost.

The election resulted in Spain’s centre Left and far Left suffering badly. Meanwhile the centre Right and Right-wing parties have gained ground, and in the shape of Vox, made a stunning breakthrough.

The breakdown of seats gained in the Congress of Deputies, or lower house, is:

Regional and Catalan Independence 23, Other 19. Total 42

The main conservative party, the centre Right Popular Party, won 88 seats, up from 66 in the previous poll. However Vox, the Right-wing populist party, made the headlines by coming in with 15.1 per cent of the vote, up from 10 per cent in April. Making the most significant gains of the day, Vox ended up with 52 seats, more than doubling their representation from April’s election when they had 24.

After this breakthrough Vox are now the third force in Spain’s Congress of Deputies, and the momentum seems to be with them. Greeted by cheering crowds in Madrid, Vox leader Santiago Abascal said he wanted to build a ‘patriotic alternative’ for the country.

Abascal proclaimed the party’s results a breakthrough in the culture war against the progressive Left. ‘We have led a cultural and political change, because we have opened up all the forbidden debates and told the Left that the story isn’t over yet and that they don’t have any moral superiority,’ he said.

The socialist PSOE topped the poll but still ended up in a weaker position than before. PSOE won three fewer seats than in April’s election and fell far short of a majority with only 120 of 350 seats. Even more serious for the Left was the collapse in the vote for PSOE’s most viable partner, the far-Left populist Unidos Podemos (United We Can) which won only 35 seats and lost seven.

It was the centrist anti-austerity Ciudadanos (Citizens) party who were the biggest losers. Despite swinging to the Right by opposing the Catalan independence movement, Ciudadanos still managed to lose 47 seats, winning only ten.

Earlier this year Ciudadanos’s leader, Albert Rivera, had his sights on the premiership. In April he refused point blank to talk to prime minister Sanchez about a possible coalition. Rivera thought his party was poised to overhaul the PP to become the main opposition and then go on to achieve power. The stunning collapse of Ciudadanos has been humbling.

It appears that most of the votes Ciudadanos lost went to Vox and PP, who have a more robust and consistent attitude in refusing to countenance the break-up of Spain which would be brought about by Catalan departure.

PSOE have refused a grand coalition with the Popular party, so their best chance of regaining power is if they manage to forge a new alliance with the far-Left Unidos Podemos. To do this they will need the assistance of other smaller parties. A new Left-wing party Mas País (More Country), and the smaller regional and separatist parties Catalan Republican Left (ERC) or Together for Catalonia (JxCat) may be brought into coalition.

As he cast his vote, Iglesias said: ‘We are going to offer a helping hand to the Socialist party. We think that combining the courage of United We Can and the experience of the Socialist party we can convert our country into a reference point for social policies.’

The Right in Spain pay a price for opposing Catalan independence. They may retain Spain’s wealthiest region but they lose overall political influence. If Catalonia were to gain independence it is likely that Spain would be a more stable and conservative nation.

Catalonia gets 48 seats in the Congress of Deputies. In Sunday’s election only six of those seats went to the nationwide centre Right parties. If the Catalan seats are taken out of the equation the centre Right would have 144 seats, just eight seats shy of a majority out of 302 seats which could be made up with members from the small regional parties.

Spain will probably remain without a ruling coalition again and another election after Christmas is more than likely.