St Greta and another nail in the Tory coffin 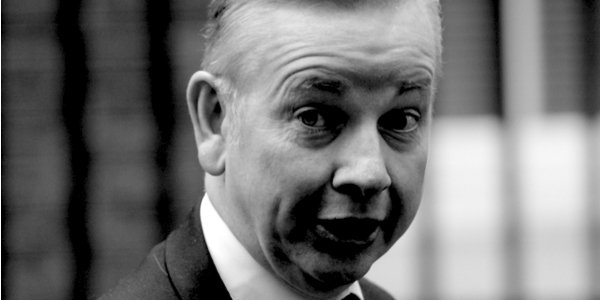 FROM the 13th to the 19th centuries and especially in the late 18th century, much strife and misery was occasioned by the process of land enclosure. Legally or illegally, the Commons previously available for tillage or pasture to Commoners were enclosed, often for sheep pasture which was less labour-intensive and brought in higher profits. The frequent result was that villages were destroyed and agricultural workers reduced to vagabondage or starvation. There are those, of course who see it in less partisan and simplistic terms.

In modern times a new form of enclosure is under way. It used to be the case that there were set qualifications for the Right to make intelligent observations on society. Put simply these were the ‘Common Sense’ that is concomitant with our humanity and the moral sense which is discoverable in all of our natures. The condition of being human, with each of us interacting uniquely with reality, is so remarkable that nothing else was required to make us personae gratae in debate with something to say which might be taken seriously. For this reason most liberally educated MPs and literary men and women felt free to contribute and were taken seriously. Intelligent Everyman, educated in his own culture, could opine to good effect provided he was open to having his opinions tested and challenged by other intelligent Everymen in public. This primacy of mere humanity as qualifier has been superseded by something which pushes human engagement aside that is considered to trump it.

In the Enlightenment a new dispensation, that of Science, gradually gained status. It began to make sense of the material world, which included our physical bodies, according to reason rather than superstition. This led to proper evidence-based medicine and to the industrial revolution which gradually swept the world, both bringing with them, on the whole, enormous benefits to the human race. For a long time a division was made between material science and ‘the Humanities’. The latter were considered to be those spheres linked to human interiority and motivation such as the Arts, History, Psychology (in the sense used when talking of Shakespeare’s characters) and even Economics. Gradually, though, scientists, perhaps spurred on by a slightly cracked, Wellsian wet dream, came to believe that science could measure, explain and correct all of human experience. Progressivist dreamers developed designs on the territory of the humanities considering that they could also be brought under their sway. They even had dreams of being able to predict human and societal futurity with a degree of certainty. As a result the ‘Social “Sciences”’ boomed as it was realised that not only status, but profit and livelihoods too were up for grabs. An annexation of the human sphere began as it was reduced to tillage for data harvesters, mathematical reductionists and other Gold Rush claim-jumpers and ‘enclosers’. These people became a new class apart from the intelligent Common Man.

As a result an ever-expanding host of expertises and experts has burgeoned. New fields are sequestrated and enclosed off from the Common Man and his right to make observations on them is removed. The fields are commodified by new experts who insert themselves between him and his direct access to reality. Acting thus as coining, priestly intercessors they mediate reality itself for him and what and how he may ‘know’ and, in the process charge him for the privilege while expecting him to genuflect to them into the bargain. His Common Sense is discounted and discarded even though he may feel a powerful motivation to pronounce upon the process that is disinheriting him. In a sense he vanishes while still alive and becomes a kind of cognitive zombie. For example, a Common Man who notices that psychiatrists use a false chemically deterministic model for humans is not allowed to mention the fact because he doesn’t have the right authority.

In fact the Social Sciences are not ‘scientific’ at all. Sixty per cent of psychology experiments are non-replicable for example. The very framing of Social Science ‘experiments’ is infected by partisan assumptions and interpretations built into it which means they dutifully and inevitably deliver the conclusions desired at the outset. Following a form of Heisenberg’s Principle, experiments framed on neo-Marxist, chemically deterministic or behaviourist assumptions about what humans are, unsurprisingly, ‘discover’ and draw conclusions of those flavours. Unable to express the human person mathematically, the Social Scientist discards ‘quantitative’ methodologies in favour of subjective ‘qualitative’ ones thus casually discarding, on the way, science itself. This doesn’t matter. Once the territory has been enclosed in the name of Science, the work dignified with its name, authority duly accorded and ‘studies’ named, dated and lodged in a University Library they will seem to be unimpeachable. How often does one engage on social media with a scientific humanist who, when you are foolish enough to disagree with him, merely directs you to the correct research paper on the right shelf in his particular Library of Truth as though that is the last axiomatic word on the matter and he can go home for his dinner.

There is another metaphor available to the critic of this ethos. The Social Science ‘Enclosers’ also resemble their ancient forebear – the alchemist. A clipboard and data-crunching software are the modern equivalent of the alembics and retorts of this forerunner. Mathematical data gleaned from the surface appearance of human behaviour and the dubious qualitative accounts we give of our manifold and complex motivations is the new base lead which he transmutes into the gold of money, authority and status.

In an interview with Faisal Islam just before the EU Referendum in 2016, Michael Gove said: ‘People in this country have had enough of experts; people from organisations with acronyms saying that they know what is best and getting it consistently wrong.’ He was, of course, referring to the economic and political ‘scientists’ who repeatedly failed to pull off the magic trick of ‘capturing’ futurity effectively in spite of their accumulation of oceans of data. In doing this he was standing up for the sidelined Common Man who was consistently expected to prostrate himself before such authority. This was in spite of his instinctive sense that these people were confidence tricksters who might as well have been promising us they knew who was going to win the 3.45 at Newmarket.

Until now Gove has been notable in a political class sadly lacking in intellectual big hitters for his articulacy, his oratory, the range of his intellect and his philosophical grasp. Regrettably, we now see him, in his role as Environment Secretary, servilely apologising in public to the affectless, 16-year-old climate scold, Greta Thunberg, and her whole generation. On the surface it seems that he has swallowed her apocalyptic Kool Aid and that the ‘experts’ have got to him at last. I’m not sure this is the case and would speculate that this new departure can be seen, rather, as a measure of the extent to which he prioritises political ambition over intellectual integrity. Ambition has always been his Achilles heel after all and he probably just sees more votes in the climate hysteria. If I’m right such cynical and unprincipled pragmatism is a sad spectacle and another nail in the coffin of a moribund Tory Party.