NewsPaperthe art of publishing
HomeNewsStand up for the people, Charles, not the global elite
372

Stand up for the people, Charles, not the global elite 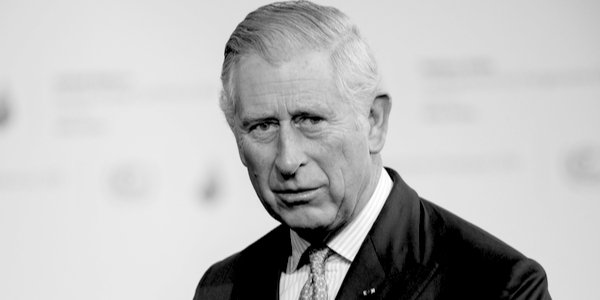 AHEAD of the COP26 summit which begins today in Glasgow, Prince Charles has laid out his ‘radical vision of how we can live better lives and combat climate change’. He ‘wants the days of long commutes to end, and envisages a society in which workplaces will be a short journey from our homes’. He wants ‘green corridors allowing people to walk or cycle safely without having to weave through traffic’, with ‘rapid transport systems to make travel easier and cleaner for the environment’.

He told the Daily Express: ‘Sustainable urban development is clearly critical in responding to the climate emergency. We all know it’s so utterly and vitally important for the future of our planet and of course central, indeed absolutely fundamental I would have said, to any prospect of actually achieving the crucial COP26 targets.’

Prince Charles, with his outspoken views on ugly architecture and his model village of Poundbury in Dorset is no doubt sincere in his utopian vision of a simpler, more attractive life.

But for most this will mean inferior ‘plant-based food’ and manufactured meat and travel only if absolutely necessary, by hugely expensive public transport, on foot or by bicycle. At the same time, they will be expected to pay the unimaginably high bill for ‘decarbonising’ the world.

Many are already living a kind of green fascism, being expected to switch to electric cars and negotiating Low Traffic Neighbourhoods; the Ultra Low Emission Zone now prevents poorer people from travelling across London, while jobs are outsourced to China, a major source of carbon emissions, whose leader will not be attending COP26, being accustomed to order other people around rather than taking orders from Greta Thunberg or indeed Prince Charles.

When Charles says ‘we need critical change to the way we live’, he cannot be using the royal ‘we’, since he can already work from home in a castle surrounded by a huge ‘green corridor’; and when he has to travel, as a VIP he is allowed to go by Rolls-Royce, jet, helicopter or any other carbon-emitting form of transport. It is clear that the ‘we’ who must ‘change’ is really us.

While Charles is lecturing us on our duty to return to the lifestyle of the Middle Ages, our democratic rights are steadily being stripped from us. Yet that does not seem to concern our next head of state in the least. He ought to be standing up for the increasingly oppressed people instead of slavishly following the destructive policies of the global elite.