NewsPaperthe art of publishing
HomeKathy Gyngell‘A deal that is the worst of all worlds’ – MPs must...
92 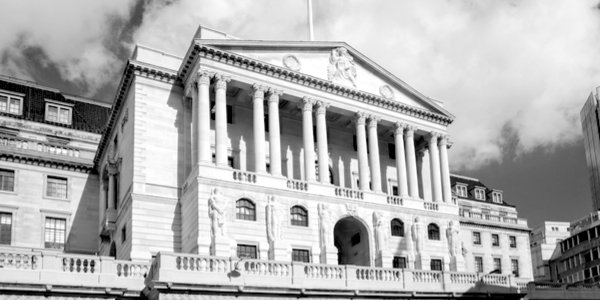 When a former Governor of the Bank of England breaks establishment ranks, he should be listened to. Yesterday, in stark contrast to the irresponsible ‘pro-deal’ fearmongering of his successor, May’s mouthpiece Mark Carney, Mervyn King warned quite simply that for Parliament to vote for Mrs May’s Brexit ‘deal’ would be a betrayal of Britain:

‘The withdrawal agreement is less a carefully crafted diplomatic compromise and more the result of incompetence of a high order. I have friends who are passionate Remainers and others who are passionate Leavers. None of them believe this deal makes any sense. It is time to think again, and the first step is to reject a deal that is the worst of all worlds.’

It is an incendiary article and rightly so. Lord King comes across as a moderate and measured man now pushed beyond his limits. As Spectator editor Fraser Nelson tweeted:

Mervyn King is a thoughtful, mild-mannered and gentle type. The language he uses to describe Theresa May's deal – and the long-term risk it poses – is nothing short of extraordinary. https://t.co/byX8LYeYsk

King pulls no punches in this article, first describing May’s deal as a political and economic outrage and then ripping into her sheer incompetence in the handling of Brexit from the start:

‘Preparations for Brexit based on trade under WTO terms should have started in 2016, immediately after the referendum, as I said at the time. Britain needed a fall-back position – it is foolish to negotiate without one – and that was the form it should have taken. An immigration policy for the post-Brexit world could and should have been published in 2016. But there was no such planning. Instead, the government pretended that everything could be postponed until an imaginary long-term deal could be negotiated. This was naïve at best, and in the event has proven disastrous. And so Project Fear turned into Project Impossible. It is incompetence on a monumental scale.’

Clearly appalled by Mr Carney’s political interventions and his dramatic warning that GDP would fall by 10 per cent, he is not just saddened but contemptuous:

‘It saddens me to see the Bank of England unnecessarily drawn into this project. The Bank’s latest worst-case scenario shows the cost of leaving without a deal exceeding 10 per cent of GDP. Two factors are responsible for the size of this effect: first, the assertion that productivity will fall because of lower trade; second, the assumption that disruption at borders – queues of lorries and interminable customs checks – will continue year after year. Neither is plausible. On this I concur with Paul Krugman. He’s no friend of Brexit and believes that Britain would be better off inside the EU – but on the claim of lower productivity, he describes the Bank’s estimates as “black box numbers” that are “dubious” and “questionable”. And on the claim of semi-permanent dislocation, he just says, “Really?” I agree: The British civil service may not be perfect, but it surely isn’t as bad as that.’

He reminds his readers that Brexit is a political crisis not an economic one. Nor is it a choice between compromise or chaos (as the Attorney General Geoffrey Cox theatrically positioned it in Parliament on Monday). The problem is otherwise – Mrs May’s deal will guarantee chaos.

King’s final admonition to Parliament is as severe as has been heard from anyone of comparable stature, seniority and record:

‘If this deal is not abandoned, I believe that the UK will end up abrogating it unilaterally – regardless of the grave damage that would do to Britain’s reputation and standing. Vassal states do not go gently into that good night. They rage. If this parliament bequeaths to its successors the choice between a humiliating submission and the abrogation of a binding international treaty, it will not be forgiven – and will not deserve to be.’

You can read the full article here: