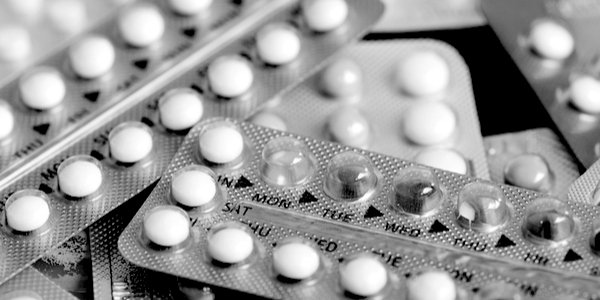 When Louise Casey demands that all must comply with ‘British Values’, I am always left asking – which ones? The basic ones, such as the rule of law, are unquestionable. But what about the one that says the State can administer long-term contraceptives to girls of 12 without parental knowledge or consent? Are we all to bow to this particular ‘British Value’?

The devices, implanted in the upper arm for up to three years, provide a supply of the hormone progesterone to block egg release. Patient confidentiality rules mean no parental consent is needed.

In other words, when young girls enter puberty the State can render them infertile for at least three years, without parental knowledge or consent. These children can then be raped or abused with impunity, as has been shown in Telford and Rochdale and, as I explain below, Newcastle upon Tyne.

This is nothing short of State facilitation of the rape of minor girls. The age of consent in this country is 16; every time a child under that age has sex (unless exceptional circumstances prevail) she has been raped. If a child under 13 has sex, this is an absolute criminal offence – it is the rape of a child (section 5 of the Sexual Offences Act 2003.)

Yet the law in Gillick (1985) has been manipulated time and again in order to sterilise minor girls for up to three years, which often results in them being raped by much older adults. This was the unintended consequence of Gillick.

In fact, Gillick was never intended to be a licence to give out contraceptives to minor girls on barely more than a nod and wink. Lord Fraser, one of the judges involved in the legislation, said that ‘in the overwhelming majority of cases the best judges of a child’s welfare are his or her parents. Nor do I doubt that any important medical treatment of a child under 16 would normally only be carried out with the parents’ approval. That is why it would and should be most unusual for a doctor to advise a child without the knowledge and consent of parent on contraceptive matters’.

It would only be in exceptional circumstances where parental knowledge and consent would not be required. No matter, though, this part of the judgment seems to be routinely ignored.

It says: ‘Victims [of child sexual exploitation] are very likely to attend sexual health services or walk-in community support services while being groomed and when they are being exploited.

‘The current approach to and principles applied to confidentiality and assessment of capacity to consent to advice and sexual acts means identifying victims or potential victims is extremely difficult.

‘Unless there is a change, which requires a national debate, sexual exploitation is not likely to be prevented and early identification will remain difficult.’ (Emphasis added, page 23.)

In other words, this slavish and arguably incorrect application of Gillick when sterilising-by-implant young girls means prevention and earlier identification of victims of child sexual exploitation ‘will remain difficult’. The national debate on this is yet to happen.

The Review also states at page 89 that in the ‘overwhelming majority of cases’, the best judges of a child’s welfare are the parents and it should be ‘most unusual’ to advise a child without their knowledge and consent. There should be no question of giving advice to a ‘very young girl’.

I wonder how many of the parents of the 39 children aged 12 or under were consulted before their daughters were given the very powerful contraceptive implant? I cannot see how any 12-year-old girl could be ‘Gillick-competent’ (capable of making up her own mind) in these circumstances.

Further: ‘The Newcastle upon Tyne Hospitals NHS Foundation Trust’s review of the cases found it was not consistently and clearly evidenced that sexual exploitation or the Fraser Principles [guidelines for dealing with children requesting contraceptive advice] were considered.’ You can imagine my surprise.

The fact that up to 10,000 – that is ten thousand – minor girls who are not able to consent to sexual intercourse are being given long-term contraceptives, some without parental knowledge or consent, some in circumstances where they are being raped by gangs of older men, should but never will generate a hashtag of concern, let alone widespread media coverage. This is State facilitation of a rape culture, plain and simple.