Statues that are too big to fall 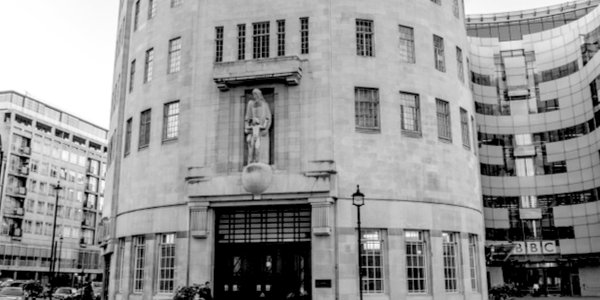 STATUE-breaking news: a man has been arrested on suspicion of damaging a sculpture on the face of Broadcasting House. This was the representation of Prospero and Ariel installed by the BBC in 1933, the work of an unquestioned giant of his art, Eric Gill.

The problem with Gill dates from 1989, when a biography by the late Fiona MacCarthy bluntly recounted aspects of Gill’s life that her predecessors had shirked. Gill, a married Roman Catholic convert, was an enthusiast for sexual experiment including family members, even the family dog.

There are child abuse pressure groups who believe that Gill’s work amounts to a ‘monument to paedophilia’ and that it should not remain on display.

We do not, apparently, need to take too much notice of these people, who are not like the heroes who tipped the Colston statue into Bristol harbour. The Guardian reported that the critics of Gill’s work include ‘far-right activists like Tommy Robinson’. It found a BBC journalist to say the Broadcasting House sculpture had been ‘an obsession for British QAnon, “save our children”, “satanic ritual abuse” and other conspiracy groups.’

Call me an old cynic, but there are plenty of people who would find any ‘Gill must fall’ campaign inconvenient. The BBC, apart from its natural inclination to preserve the fine art that graces its headquarters, makes wide use of a typeface closely based on Gill Sans, a font produced by the artist in the twenties. You see it and its descendants everywhere.

Transport for London, as I believe it is now called, uses a close relative of the classic typeface for stations, signs, maps and so on developed by Edward Johnston. Gill was a pupil of Johnston, who lived in Gill’s Sussex commune, so that might have to go too.

Moreover the old London Transport headquarters at 55 Broadway SW1 is also decorated with sculptures by Gill. The building has now been sold for development as a hotel. It would be embarrassing for the new owners to come under pressure to remove some of the finest features of their spectacular purchase because of a historic child abuse scandal.

Potentially embarrassing too for Cardinal Vincent Nichols, leader of Roman Catholics in England and Wales. Last year Cardinal Nichols was savaged by the Independent Inquiry into Child Sexual Abuse, which accused him of failure of leadership and putting the Church’s reputation before the victims of paedophile priests. The Church is treading carefully now. The front page of Westminster Cathedral’s website declares that it ‘strives to promote a

culture of safeguarding where all are safe from harm and abuse’.

You won’t need me to tell you which Catholic convert sculptor carved the Stations of the Cross of which the cathedral is justifiably proud. What’s the betting on Cardinal Nichols beating Archbishop Justin Welby to be first to start breaking church statues?

There are plenty of unpleasant artists whose work has come under question because of their failings as human beings, before you start to look into the unsavoury lives and views of musicians and writers.

In most cases we ignore the down side in favour of the art, and sometimes, perhaps, the evil is the attraction.

Nobody is going to stop going to see the Rolling Stones because Sir Mick Jagger once sang about having sex with 14-year-old girls, not necessarily singly. Sir Mick has already disowned Brown Sugar, just in case.

Gary Glitter is well cancelled, of course, but last month you couldn’t switch on any broadcast channel without hearing something or other from Phil Spector’s Christmas album. It’s obvious why – Spector was the only producer who ever managed to make successful rock recordings from saccharine Tin Pan Alley Christmas songs, and after nearly 60 years they still sound immediate.

Spector died in jail a year ago while serving 19 to life for murdering a girlfriend.

Then there’s the case of another musical murderer, the 16th century Italian composer Carlo Gesualdo, who chopped up his wife and her lover after he caught them in bed. Gesualdo’s weird madrigals have become unaccountably popular among early music fans, and it is hard to avoid the conclusion that they are drawn not by what they hear but by the backstory.

Poetry? Ted Hughes’s reputation will always be in trouble because of his wife’s suicide. Philip Larkin, a man who had an indelible love of black jazz, descended into a late-life racism that is indefensible.

In the end the Broadcasting House hammer man is going to lose, because too many important people have a stake in Eric Gill, and because if we cancelled the work of all dodgy artists there would be a shortage of stuff to look at, listen to or read. It’s much easier to pick on historic figures like Colston who seem to have no place in the modern world.

I have one request to the cancelmongers of Left or Right. Could we sometimes drop the detailed scrutiny of the failings of artists, and have a look at the personal habits of scientists for a change?

I would, as Kevin Keegan once said, love it, if some of the gurus of Covid lockdown or climate catastrophe turned out to have private lives even more questionable than their professional pronouncements.