NewsPaperthe art of publishing
HomeCOVID-19Stay alert, control the virus, think up a slogan
0

Stay alert, control the virus, think up a slogan 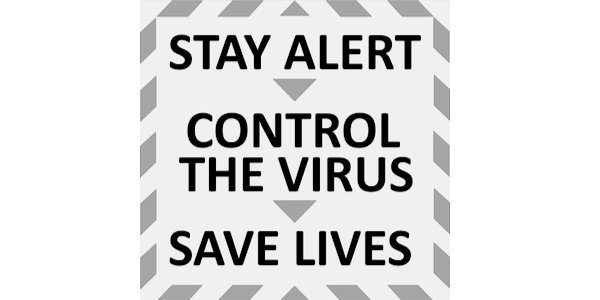 PUBLIC confidence in the Government and returning to work could be boosted by a new rolling stock of slogans, according to Opinium Research.

At least, that’s what I think it’s saying.

Fewer than a third of the population can correctly identify where the UK is on the Government Covid Alert System (CAS) scale, the researcher says.

The problem, according to Opinium, is that more than half – 53 per cent – of the English public do not feel the new Government slogan, Stay Alert, Control the Virus, Save Lives, is very clear.

Perhaps the Government needs to commission some new slogan writers to inspire us to think about commuting, the agency seems to be saying.

‘Less than’ 31 per cent of Opinium’s survey sample could spot Britain on the CAS map. Hang on, that’s a bit of a woolly figure there, isn’t it? ‘Less than 31 per cent’ could be anything from 30 per cent to zero. With that much wriggle room, those numbers could mean anything.

This furtiveness about figures doesn’t inspire confidence, does it? To paraphrase one of Donald Trump’s slogans: Vague News!

It’s probably safe to say that few people surveyed have spent much time thinking about the Covid Alert System. Good!

Given how unreliable the forecasting has been so far, there is no point making people fret over events they can’t change. They would be happier if encouraged to exercise and socialise. Get your problems out and your endorphins. Worrying too much will lead to mental health problems. How do we express that in a slogan?

I’d rather have a bottle in front of me, than a frontal lobotomy.

Confidence in the Government’s ability has fallen – from 48 to 39 per cent – while 35 per cent now approve of Keir Starmer, whose ranking has soared after a herd of Parliamentary sketch writers agreed to brand him as ‘forensic’.

People returning to work think their workplace (68 per cent) and commute (65 per cent) are Covid-secure, Opinium’s press release says. However, a ‘significant number’ would not feel comfortable using public transport to get to work.

So how do we get people to think about commuting again? Black humour might work and our slogan shouldn’t deny that there is a risk of infection if you commute to work.

So how about this: Let the Strain take the train.

No? OK, well, here’s an idea for a poster. Picture former Government adviser Professor Neil Ferguson at the 49 bus stop outside South Kensington Tube. The caption says: ‘There’s no buses now, but my app says 500,000 will come along in a minute.’

OK, I give up and I’m handing the imaginary commission over to you. The British public are crying out for clarity, the report seems to be saying, and only slogans can restore confidence.

Here’s some draft efforts based on governmental examples of behaviour:

Model in haste, repent at leisure.

An activist a day helps you work, rest and play.

Can you do better?