NewsPaperthe art of publishing
HomeNewsSteven Woolfe: The EU will lay siege to the City if we...
11

Steven Woolfe: The EU will lay siege to the City if we vote to Remain

“The City thrives as the global centre of European finance, trading twice as many euros every day than the whole Eurozone put together. But one of the greatest threats to the City’s competitiveness comes from misguided European legislation, so a central demand in our renegotiation will be that Europe reins in costly and damaging regulation.”

Those were the words of George Osborne, delivered on September 7th 2015 at his Mansion House speech, on the eve of the Prime Minister’s whistle-stop tour around Europe to secure fundamental reform for Britain.

Eight months later, we stand on the verge of the most important vote in a generation. And it is as important for the City as any other section of our society.

Given the failure to secure any such change in the UK’s relationship with the EU – and the lack of any protections for our financial services sector – you’d think the Chancellor would now support a British exit. Alas, he seems to have quickly forgotten his own warning from September as to just how big a threat the EU is to our world-beating City of London.

We are talking about a square-mile of land that currently generates £45 billion for the UK economy. Often attacked for its profligacy and so-called Gordon Gekko capitalism, the reality of its huge contributions in terms of jobs and tax contributions to the Exchequer are almost always underestimated.

But all of these benefits will be put at risk by an increasing volume of financial regulation from Brussels if we remain after June 23rd.

The City has already suffered under the EU. Its growth has been hampered by EU regulations, especially since 2008 when regulation shifted to continental institutions – the European Securities and Markets Authority, European Banking Authority and European Insurance and Occupational Pensions Authority.

And staying now means watching the Eurozone move to complete its full banking and markets union using the framework and the institutions of the European Union. Without any new protections in the once much heralded and now often forgotten renegotiation, the UK will be left powerless to prevent the Eurozone from introducing new EU-wide regulations that will harm the City’s competitiveness.

The EU’s leading lights have always eyed the City with jealousy and as a terrible threat that must be brought to heel. They will place it under siege. The City will have to deal with wave after wave of attacks from Brussels. The Alternative Investment Fund Managers Directive, introduced in 2011, costs the UK financial services sector £1.5 billion per year. If we remain, there will be just more of the same.

The EU has ambitions for a common corporation tax and wants to end trust fund structures that help the City of London operate. It will also introduce a single European wide financial regulator based in Frankfurt that will undermine the City of London.

Of course, those on the other side of the argument say the risks are just as stark if we choose to go it alone. Leaving the single market will mean our financial services will lose access to that market, they say. Being inside the club allows us to influence the rules and regulations, they claim. The UK would be isolated, foreign inward investment would dry up, trans-nationals based in London would up sticks and leave. It is an equally bleak picture. But it is a picture painted without any grounding in fact.

The people who make these claims are the same who said London’s position as a financial centre would be eroded if we didn’t join the euro. The doom they predicted then never materialised. To the contrary, the City has thrived and prospered outside the currency union, despite the relative hit it has taken from excessive regulation in the last decade. Those same commentators were wrong then and they are wrong now.

Remarkably, they now have recruited to their ranks the Chancellor, a man who only a matter of months ago was bemoaning EU regulations and championing the renegotiation as a chance for the City to get the assurances and guarantees it needs.

It received no assurances – and so a vote to Remain in this burdensome club would be a vote to abandon the section of the economy our country most depends upon.

A vote to Leave will be an embrace of our outward-looking, globally trading ambitions. It will be a vote that could add £25 billion to London’s output and over 200,000 jobs across UK by 2020.

Share
Facebook
Twitter
WhatsApp
Email
Previous articleLaura Perrins: Feminists and male supremacists have much in common – both are wrong
Next articleNick Booth: Why luvvies always have to enter stage left 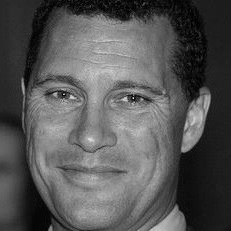