NewsPaperthe art of publishing
HomeNewsStick to your guns over zero tolerance, Home Secretary
314

Stick to your guns over zero tolerance, Home Secretary 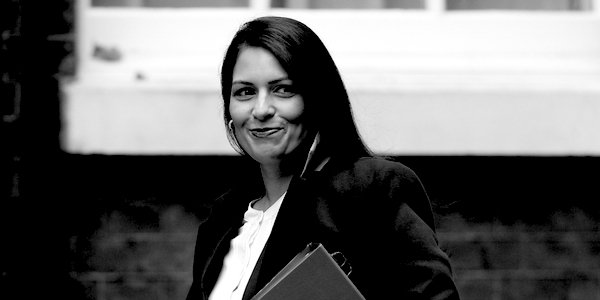 OUR new Home Secretary Priti Patel has ‘vowed’ to return to zero tolerance on crime, saying she wants criminals to feel ‘terrified’.

We’ve yet to see whether her actions will match her words but she is certainly setting a welcome tone. In fact she could deploy no better electoral weapon for the Conservatives. A recognition of the public’s despair over police leniency on the one hand, and wasteful and intrusive misdirection of police efforts on the other, is long overdue. The people do not share the progressive liberal inclinations of many in our governing classes which, as David Fraser has argued in earlier articles in The Conservative Woman, have catalysed the steeply rising violent crime of the last decades. It’s a last chance to turn our police force back on track, to their proper role of tackling real crime and ensuring public safety.

Predictably the Guardian, speaking for what it doubtless sees as ‘progressive’ opinion, described Ms Patel’s views as a ‘sharp turn to the right’.

Apparently, wanting to stop the Hobbesian war criminals wage on society, or defending people from might-is-right thuggery, counts as ‘Right-wing’.

The same Guardian article gave us Labour and LibDem reaction to Ms Patel’s views. Diane Abbott responded that ‘tough rhetoric’ would not end crime. She was right for once: rhetoric achieves little. It’s tough action we need, though I don’t think we’re likely to hear her call for that. Lib Dem Home Affairs spokesman Ed Davey called Ms Patel’s language ‘out of touch’.

With whom exactly? If she is out of touch, it will surely be only if she is not forceful enough. According to the polling organisation YouGov, ‘crime ranks higher than housing, education, defence, and welfare’ as a top concern for the public.

If the government shows real determination to tackle crime and its minor form of ‘anti-social behaviour’, it will almost certainly be rewarded electorally. Crime was once an issue where the Conservatives had a significant lead over Labour. But Mrs May’s weak leadership and cuts to police numbers almost allowed Labour to outflank the Tories on law and order at the last election, though Diane Abbott’s comical efforts managed to derail Labour attempts to be taken seriously on the matter.

Crime is a concern to the whole electorate, a matter for both Left and Right. Moderate Labour voters I know (I can’t speak for Corbynistas) are as angry about it as anyone else. As an ex-Leftie, I remember how we used to snigger at our stereotype of unenlightened Tories wanting to bring back flogging. We never appreciated that anyone proposing draconian punishments was a lot closer to traditional working-class Labour voters than to the world of Guardian readers.

A report from the Victims Commissioner Baroness Newlove describes anti-social behaviour as a ‘nightmare’ causing ‘immense distress and suffering’, dramatically affecting our quality of life. Yet it’s widely ignored by the authorities. In some of the neighbourhoods I have lived or worked in, the minor laws that make life tolerable for everyone are regarded as optional, and non-compliance with them as penalty-free.

The cumulative impact of their being routinely ignored is huge. Vandalism, litter, aggressive begging, careless parking, noise and graffiti combine to make communities feel unsafe. Those who already have anti-social inclinations feel less restrained and their behaviour gets even worse, as ‘broken windows’ policing theory demonstrates. If you don’t accept this picture, visit a few inner-London council estates, the run-down parts of our inner cities or even many of our town centres late at night; then tell me I’m wrong.

The zero tolerance Ms Patel calls for is seen as controversial by some. But if applied properly, with the right numbers of police, it works.

In New York, it led to dramatic drops in crime and helped make public life safe again in a city that according to its police commissioner Bill Bratton had resembled something out of a post-apocalyptic Mad Max film.

It is true that New York’s significant crime drop occurred when crime was falling across almost the entire United States. It’s also true that New York’s drop was far greater. In the 1990s, violent crime in the USA as a whole declined by 28 per cent; in New York, by 56 per cent. New York’s property crime fell by 65 per cent against 26 per cent nationally.

Zero tolerance is portrayed by some on the Left as racist and authoritarian, an aggressive mass infringement of civil rights. The ‘Black Lives Matter’ movement claim it unfairly targets minority groups. But nothing in the concept of zero tolerance precludes normal safeguards to stop arbitrary or inappropriately discriminatory police behaviour should it occur.

Painting Ms Patel as a harsh bully will backfire on Labour. In fact, drawing attention to her uncompromising position will do her and the government a favour. Boris Johnson’s advisers are believed to be planning to make crime a major element in any election campaign. They should. Most people understand that the safety and security of the people – ‘law and order’ – is a fundamental duty of government. If that means being tough, as long as a reasonable level of accountability is in place, that’s fine with the public.

As London Mayor, Boris Johnson purchased three water cannon in response to the 2011 riots. The Leftie commentariat mocked him relentlessly.

Even Theresa May joined in with a toe-curling attempt at humour.

But worse, to applause from the Left, as the then Home Secretary, she refused permission for them to be used. They ended up sold as scrap rather than being kept as a deterrent.

Most people I knew thought water cannon were a good start to riot control. Many went further and thought live ammunition would be better, my calls for rubber bullets marking me out as a softie! Given that the riots killed five, caused millions of pounds of damage and dozens of people were burnt out from their homes, water cannon can hardly be seen as disproportionate. If someone were throwing petrol bombs at a house containing my loved ones, I would have no objection to their use.

Let’s hope Priti Patel sticks to her guns. She’ll have widespread support if she does.