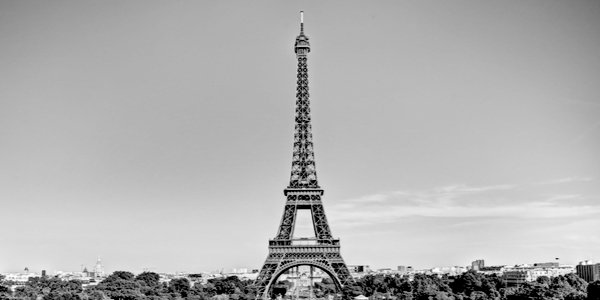 IN France, a contretemps has arisen over the 150th anniversary of the Paris Commune – the takeover of the city by Leftist insurgents in March 1871 – which falls today.

The Commune was formed after mainly working-class National Guardsmen and assorted radicals and revolutionaries seized control of the capital following France’s comprehensive defeat in its nine-month war with Prussia.

The reign of the rebels lasted two just months before ending in a bloodbath as government troops retook Paris.

Despite being short and ill-fated, the Commune is enshrined as a landmark in the political and ideological history of the Left, seen as a brief, shining moment when Marxist dreams of proletarian power became reality. Karl Marx himself watched events in Paris unfold from London, where he was in exile.

But for the Right, the seizure of France’s capital by the revolutionaries, known as Communards, was a blatant act of banditry, an illegal ursurpation of the newly-elected national government, which had a majority of conservatives and monarchists.

Today, as in 1871, the division remains. To mark the 150th anniversary, a series of events entitled La Saison Communarde will be held in Paris until May.

These are enthusiastically endorsed by Laurence Patrice, the city councillor overseeing the arrangements. She said of the Commune: ‘We are talking about a large group of citizens who came together to take their destiny into their own hands. There was a modernity to what the Commune stood for and its aspirations were close to what some people want today.’

However, another councillor, Rudolph Granier, said: ‘I’m fine with commemoration, but not with a celebration … whether one talks about communism or the Commune, it ends up with bloodshed, and if an ideology encompasses killing, then in my opinion it’s not the place of politics to celebrate that ideology.’

The Commune was established after the National Guard – a people’s militia which on paper numbered 390,000 – seized the Hotel de Ville (city hall) on March 18, 1871.

When the regular army failed to quell the insurgency, the chief executive of the new French Third Republic, Adolphe Thiers, ordered 40,000 government troops to withdraw from Paris to Versailles.

Ironically, the Prussians had been based in Versailles only weeks earlier as they besieged Paris and finally forced a humiliating French capitulation.

Thiers was determined to crush the rebellion and bided his time as he marshalled his forces, which were boosted by French soldiers released from Prussian prisoner-of-war camps.

In Paris, the jubilant Communards set about reshaping society in their revolutionary image for the city’s two million inhabitants. Instead of the tricolour, a red flag now flew over the Hotel de Ville.

A Commune council was elected and a series of decrees enacted, including abolition of child labour, separation of church and state, remissions of rent, granting of pensions and postponement of debt repayment. It was the Communards’ blueprint for an egalitarian society.

But the spectre of the government army camped at Versailles still loomed. On April 2, the ill-organised National Guardsmen launched a mass assault against them, only to be bloodily repulsed. In grim scenes that foreshadowed the savagery to come, the army shot captured Guardsmen out of hand.

An escalation of rage and hatred followed as the Commune leaders took high-profile hostages, including the Archbishop of Paris, declaring that these prisoners would be executed in reprisal for any further government outrages.

The Guardsmen were woefully unprepared to fend off an offensive by well-armed professional soldiers. And as May opened, after a series of clashes, the government forces commanded by Marshal Patrice de MacMahon were gradually closing in on Paris. By May 19, they had broken through the city’s ring of fortifications.

The Communards threw up barricades and tried to fight the invaders street by street, but were swept aside by cannon and rifle fire. Finally, on May 22 came the tragic finale of the Commune, known ever after as La Semaine Sanglante – Bloody Week.

As the army pushed into the inner city, Communards of all ages and both sexes were killed without mercy. In turn, the Commune executed hostages. Eventually, the streets were strewn with bodies and rubble, and Paris was ablaze.

Artillery fire and arson by the rebels led to many public buildings, including the Tuileries Palace, the Hotel de Ville and the library of the Louvre, going up in flames. There were mass executions of insurgents.

The last bloody act came in the cemetery of Père-Lachaise in the Butte-Montmartre district, where 147 Communards captured after a gun battle amid the tombstones were lined up against a wall and shot.

Once the city was secured, there were more summary executions of rebels, followed later by judicial executions, deportations and prison sentences. The government of the Third Republic was firmly back in power.

The saga of the Commune completed the catastrophic fall of France in 1871. In less than a year, the country had been militarily crushed by the Prussians and plunged into a bitter civil war in its capital city. Paris, long envied by the world as the vibrant, sophisticated, glittering City of Light, had become a bloodied, smoke-blackened charnel house.

Although defeated, the Commune left an invaluable propaganda legacy for the Left that would reverberate down the years – a compelling legend of a lost cause with heroes, villains and martyrs.

And this week, as La Saison Communarde begins – despite the official insistence that it is not a celebration – the cry of Vive la Commune! will doubtless once more echo around the streets of Paris.

Share
Facebook
Twitter
WhatsApp
Email
Previous articleWe surrendered our freedom. Now we wonder why the police are a militia
Next articleSo what’s the truth about the AstraZeneca scare?