NewsPaperthe art of publishing
HomeNewsStonehenge and the Tories’ tunnel vision
0

Stonehenge and the Tories’ tunnel vision 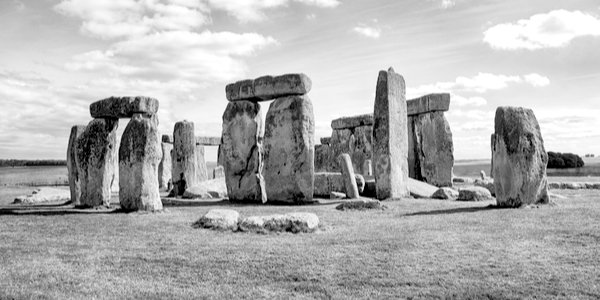 IN logic, there is a form of fallacy called the ‘slippery slope argument’, the belief (as defined here) that ‘a course of action ought to be rejected because, with little or no evidence, one insists that it will lead to a chain reaction resulting in an undesirable end or ends’. It is the mistaken assumption that A will inevitably lead to Z, as the rationality of the argument runs into interruptions or counter-arguments as side-constraints (or equally-held beliefs) limit some conclusions being drawn from their premises.

But a proverb tells us that if you let them take an inch, they will take a mile. This is a recognised truth that some people do not hold to a multitude of values, but are spurred on by a single overriding belief and, as the logic of that belief carries them forward, they will recognise no limits to the achievement of that belief. As I have explained elsewhere, this is the danger of ideology.

When the Conservative Party sanctioned the construction of the Stonehenge Tunnel, therefore, it really should not have come as a surprise. This is a party that values nothing but money, and will sacrifice the identity and heritage of ‘the most archaeologically significant land surface in Europe without parallel’ if there might be money to be made. This is the party that believes HS2 will ‘level up the economy’ whilst displacing 19,000 jobs in the run-up to construction.

More significant is this party’s sheer lack of backbone in the culture wars. It boarded up Winston Churchill in the summer; it has surrendered the ground on education; it won’t shut up the enemies it has sniping at it from within; put simply, it is a paper tiger, toothless and unwilling to fight.

All of this is made worse by the fact that, with Dominic Cummings gone, No 10 seems to be pivoting away from ‘the focus on the culture wars’, if it indeed ever had any, to focus on the ‘wider’ issues. It is a crude and simplistic attitude to reduce the philosophy of conservatism to the limp belief in conservation, but that doesn’t mean conservation is optional – it lies at the heart of the philosophy, with even Burke’s reflexive conservatism recognising that change is only ever permissible for the preservation or strengthening of what good remains.

The Stonehenge Tunnel is a flashpoint, but it illuminates the Tories’ wider failures on this critical issue, and their loss of any conservatism at all. This has been a persistent trope in analyses of the party for a long while, but the liberalism of the Tory Party has finally won, and the actual conservatism is firmly in the ground, buried under the foundations of the Stonehenge Tunnel.