NewsPaperthe art of publishing
HomeNewsStop fidgeting at the back, children, we’re learning neo-colonialism
116

Stop fidgeting at the back, children, we’re learning neo-colonialism 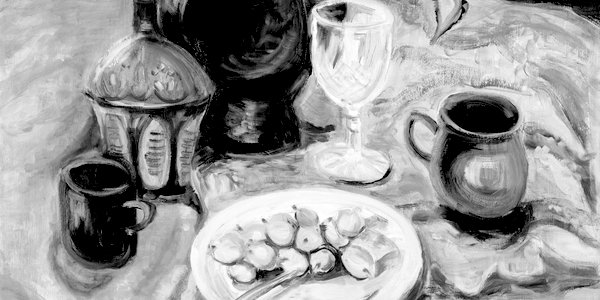 ‘Frontiers are the most porous parts of any polity’, a beautiful bit of English, heard on David Cannadine’s BBC radio feature Civilisation, A Sceptic’s Guide this week.

The programme is voiced by highly educated, presumably well-off middle-class English people, including women who decry British culture as something retrograde and lamentable. Along with Cannadine they believe that ‘civilisation’ cannot be judged by culture, and all western ‘progress’ such as the Renaissance was based on lies about Islam and fuelled by filthy lucre from the hands of tyrants such as the Medici, and based on murderous exploitation.

In the BBC TV series Civilisations, Professor Mary Beard decried the British love of Greek art. She said it had led to narrow Eurocentrism. According to this view, what used to be termed our ‘Island Story’ was a vast detour away from appreciating other cultures, steeped in blood, slavery and theft, and little else. This belief is now taught right through our educational system, from kindergarten to university, focusing on our national canon of work, from children’s books to fine art.

According to artist and critic, Alexander Adams, writing in The Jackdaw magazine, ‘Post-Modernists’ loathe our artistic canon for the way it ‘accretes slowly and selectively’, and ‘because it cannot easily be changed for political reasons’. They attack it anachronistically, for containing more white men than black women and because the canon is old-fashioned in that it rewards only accomplishment, not identity. The representatives of identity politics, he says, ‘prioritise conformity, victimhood, and birth rights. They demand change and want totalitarian control’.

Art history was always a rather dry subject; now it is almost unintelligible as well. Forget Bernard Berenson or Lord Clark, students who love Leonardo or Degas now have to dive into ‘critical theory’ derived from the Frankfurt School of philosophy and French anti-humanism, based on Kant, Hegel and Marx. This gobbledygook chiefly derives from deconstructionists writing in the 1960s such as Julia Kristeva and Jacques Derrida, who saw all art as a form of semiotics, and art as fragmented with no specific meaning. They will also be introduced to ‘the politics of ownership,’ which sees traditional art as a kind of polluting offshoot of high capitalism. Those who long to get their hands on canvas and paint will not escape the emphasis on theory. Chelsea College of Art, as a typical example, advises would-be students in its prospectus: ‘You will look at the impact on contemporary art practice of feminism, post-colonialism, philosophy, psychoanalysis and political theory and examine art practice from different theoretical perspectives and critical debates in the field. You will be supported in identifying thematics and practices that are relevant to your studio practice and assisted in contextualising your work.’

This Marxist cultural perspective has held sway in art education for years. In 1998, when I was studying for an ‘Advanced Painting Diploma’, I was surprised to have to provide constant essays, which hardly mentioned painting, and I was told by our teacher, ‘If I catch you painting still life again, you will fail this course.’ So, put those paints away, or do it in secret. Schoolchildren specialising in the arts will also find that their curriculum has been ‘purified.’ Last year art history A-level was scrapped because of its low take-up. After a campaign it was reinstated but the new course has brought ‘critical theory’ into our schools for the first time. No one will be learning about the great artists of Europe. ‘Students won’t just study the work of dead white men,’ said Sarah Phillips, a graduate of the Courtauld Institute, the most elite place to study art history, who has designed the new syllabus. They will have the opportunity to study Islamic architecture and work by men and women of all colours and creeds,’ she added gleefully.

Eng Lit is undergoing radical correction. I’ve tried to find out what has happened to 19th century novels on the A-level English syllabus – why no Dickens or George Eliot? There have been a variety of answers from teachers, most depressingly that young people can no longer manage to read them as they are too long, and they can no longer write sustained essays about them either. In the most telling answer, one teacher told me, ‘Teachers are free to choose whatever texts they want. They don’t choose 19th century authors because they prefer to teach more progressive texts.’ In her staffroom there was obviously nothing contentious about the word ‘progressive’ but it took me back to the ‘Progressive bookshop’ once run by the Soviets on Charing Cross Road.

Then we get to smaller children. Ofsted’s chief inspector, Amanda Spielman, told a child-care conference last November that ‘it’s a great shame’ they are no longer learning traditional nursery rhymes. Ms Spielman’s view is unusual. She was a controversial choice for the job and already disliked by the Left after saying children were being ‘denied the chance to develop resilience and grit’ because of ‘barmy’ health and safety policies. They’ve never heard of Humpty Dumpty, who possibly stereotypes the fat community, no longer sing traditional songs and certainly not hymns. The story books they read are now also under very close scrutiny from teachers and publishers.

The BBC’s Open Book programme on Radio 4 recently tackled this issue as if there was no argument about it. Lucy Mangan, author and Guardian journalist, and Maz Evans, a writer and campaigner for better access to books in schools, said they were both bookworms as children and, as Evans put it, ‘reading is cool’. But they regard the books they enjoyed as eight-year-olds as woefully inappropriate now because they were all from the ‘white middle-class canon’.

The two writers were reassured that there are ‘huge moves’ in children’s publishing to encourage ‘writers of colour’, and ‘there is now a lot of discussion about cultural appropriation’. That means the ‘theft’ by white people of other people’s art and culture. Picasso is attacked for taking influences from African masks and Mark Twain for creating a black character. No male writer is safe any more to create a woman.

Also called ‘neo-colonialism’, this is the hottest topic in children’s publishing. Ignoring the fact that over half of British eight- to eleven-year-olds are not reading anything at all, this is the issue most fervently discussed; questioning what is appropriate for writers to write about. As Alexander Adams noted, the new learning is very much about control over what creative people produce and who receives it.

Mangan described our children’s literary canon as ‘a hell of an oil tanker to turn around’, adding: ‘There are so many decades of stuff to undo’.

For deconstruction read destruction. It is not clear whether Winnie-the-Pooh, that cultural snob, was white – he was surely more of a yellowy colour – but he was certainly middle-class, and Tigger was just a paper tiger lackey of the bourgeois. Don’t even mention Peter Rabbit and his antics, which recently evoked an apology from Sony Pictures for his non-PC behaviour towards a member of the allergy community. Not to worry, their days of counter-revolutionary activity are numbered. They will soon be as dead as dead white male poets and painters, and Little Black Sambo, the mention of whom might even carry a custodial sentence.