NewsPaperthe art of publishing
HomeNewsStop shoving veganism down our throats
251

Stop shoving veganism down our throats 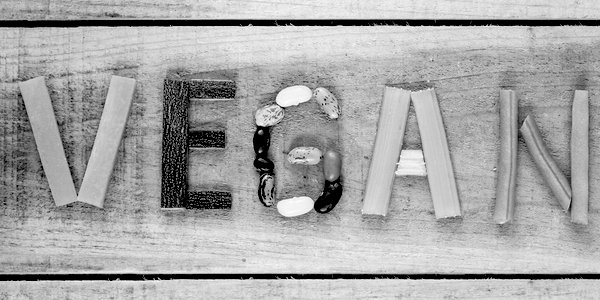 WHEN I was 17 I went to stay with my favourite aunt, who lived in Sussex. She was a pescatarian, a vegetarian who ate fish. It was the first time in my life I had not eaten meat for a week and it initially made me feel very healthy. I returned home to South Africa and announced to my parents that I was now a vegetarian. As with so many good intentions, this path led me straight into dietary hell.

My food choices were reduced to eating ghastly substances such as soya-based pretend meat burgers and quinoa, a protein grain which tastes like boiled socks. I was frequently ill with viruses and colds. Fifteen years later I reluctantly decided to eat fish again in an attempt to improve my health. Unfortunately this didn’t offer adequate protein for my body and when my vitamins D, B and iron levels dropped dramatically I chose to go back to eating meat, a decision I have never regretted.

Having PCOS means that I need to follow a low-carbohydrate, high-protein diet, which vegetarianism and veganism make impossible. No wonder that after starting a meat-eating, carbohydrate-avoiding diet I lost over four stone and kept the weight off.

I felt pious being a vegetarian, mistakenly so. But I certainly did not ‘meat shame’ others as vegans have been doing over the past few months in restaurants and supermarkets.

The push by vegan militants – for that is what they are – to make us all follow a plant-based diet is not only arrogant but dangerous. Our ancestors were omnivores and for most people that is the best way to eat for optimal health.

We are not one size fits all. As my own experience shows, we all have different dietary requirements.

This politicisation of food is a new phenomenon. How we eat, whether it is clean eating, veganism, paleo, keto, low carb, Atkins, fasting, Banting, high fibre, food combining or the myriad diets which slip in and out of fashion, is increasingly becoming a way to identify ourselves to others. Veganism, like voting Remain, is pushed by our mainstream media as a sign of righteousness when it is anything but.

Unsurprisingly, militant vegans also have a penchant for environmental causes. The combination of both dogmas has turned them into belligerent agitators who ignore facts in place of glorified sound bites and sanctimonious public posturing. Even the vegan lingo has an achingly pious sound to it. Vegans champion their diet as ‘plant-based’. But anyone who eats fruit and vegetables without following veganism is surely eating a ‘plant-based’ diet already.

Some worship veganism to such an extent that they exhibit a cult-like mentality. Anyone who criticises or mocks their precious ideology risks being hounded out a job, as William Sitwell was when he made a crass joke to a militant vegan.

The hysterical nature of its adherents, and the UK’s tyrannical approach to free speech, means that soon any criticism of veganism will probably be banned. Identity politics is always accompanied by victimhood. I suspect the next word in our lexicon of ‘hate speech’ will be ‘veganphobia’. Like a deadly disease, politically correct speech proliferates. Vegan militants will soon be taking advantage of the Orwellian True Vision police website, and denouncing anyone who dares to question their ideology.

For those who are concerned about the welfare of animals but need to eat meat for health reasons, as I do, seeking out grass-fed organic meat is an option. But not everyone can afford to do this. And if the dire Caroline Lucas succeeds with her meat tax idea, only the super-rich will be able to buy meat. We already have sugar and green taxes which have affected mainly the poor.

With their reckless ideas and inane policies, our elite succeed only in making life harder for those they profess to help. And some of them are blatant hypocrites. The Lancet bizarrely championed a puritanical and mainly meat-free diet, dreamed up to help ‘save the planet’ by two lunatic millionaires who see nothing wrong with guzzling air miles in their private jet and eating copious amounts of meat while hectoring the rest of not to do the same.

We should be able to choose how and what we want to eat without being made to feel guilty. Not only are we harangued by vegan militants but also by various clueless politicians insistent on inflicting their latest faddy thinking on the rest of us in an attempt to control the everyday minutiae of our lives. The constant nagging by successive governments about what to eat, usually based on outdated science, is also counterproductive.

The nanny state, established by Tony Blair and his reprobate colleagues, has grown in tandem with big government. Having the freedom to choose what is best for ourselves without government interference is a mark of a free society, which worryingly is being eroded in the UK. Politicians need to stay out of our private lives, and that means not kowtowing to various vegan and food lobbies and banning food adverts on a whim.

There is a plethora of information on how to eat healthily. Lack of information is not the issue. For the Tories to continue to play Big Nanny, on food and everything else, is a disgraceful waste of taxpayers’ money and parliamentary time.

Food is now another political battleground, a way for politicians to virtue signal their piety and pass yet more legislation on what we are allowed to do and not do, choking off what is left of our freedom. This only treats the symptoms of a bad diet and not the cause.

Surely it is far better to find out why people make bad choices when it comes to food rather than shoving veganism down our throats and banning everything that the post-liberal Puritans deem far too pleasurable for us plebeians. It is time to ignore the demands of militant vegans and all virtue signalling agitators. If we don’t, we might found ourselves forced into a joyless meat-free life, dressed in grey sackcloth and snacking on mushroom burgers while our elite personify the Orwellian truism – ‘all animals are equal but some are more equal than others’.