NewsPaperthe art of publishing
HomeNewsKathy Gyngell: "Stop thinking of yourself as a woman MP.”
0

Kathy Gyngell: “Stop thinking of yourself as a woman MP.” 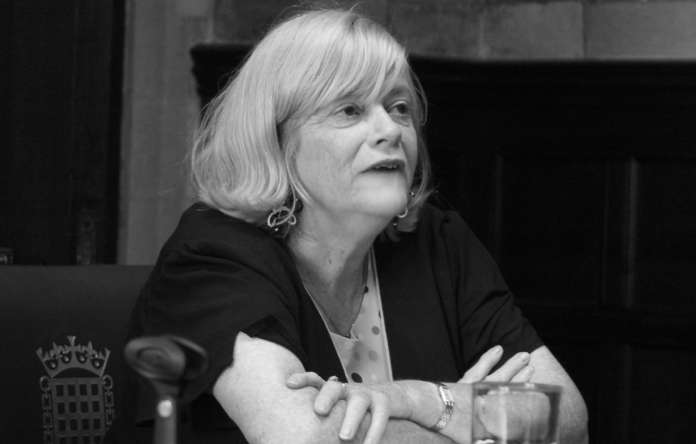 Anne Widdecombe’s comment on women MPs complaining about Parliament’s ‘Punch and Judy’ politics was spot on.“If women are struggling they shouldn’t be there,”she said, adding, “If you can’t cope with the place don’t be there.”

People who find it is the wrong career for them or too much in view of their other commitments should not winge.  If they can’t take the heat they should get out of the kitchen. Prospective parliamentarians take note.

For this  applies just as much to men as to women. Most people would find parliamentary hours and routine testing. Going into parliament is not an ego trip or quick route to celebrity – it is not for the fainthearted. Nor is it like any other job. It is a public service and that is how it should be seen.  Not everyone is up for it.  Not everyone is up for being Mother Theresa or the Queen for that matter either.

There are jobs that go beyond the call of duty and being an MP is one go them. But instead of accepting this reality, under the guise of women’s rights, pressure is mounting for Parliament to become more ‘family friendly’, pressure to change the institution, not the people.

And the so called Punch and Judy yobbery of Question Time is the excuse. It offends women. Oh dear. This is an example of women demanding equality of treatment when it suits them but  playing victim to that same treatment (Prime Minister’s Questions) when it doesn’t. It is not even as though they have to out up with it more than once a week. Nor is it representative of the  hours of other painstaking business in committee and in the chamber that dominate parliamentary  business – even though it is what the BBC choses to show case (which maybe part of its problem).

It is of course these long hours of course that they are really complaining about. Family friendly advocates would turn Parliament into a 9-5 outfit with flexi hours to boot – never mind the business to be got through and the debates to be properly debated – already difficult.

They forget the many men who forgo this career to look after a dependent member of the family – like the courageous Norman Tebbit; men who make no fuss when family responsibility curtails their career or prevents them from entering it in the first place; men who do not demand changes in the institution to accommodate them. And neither should a woman.

If she finds she cannot put her family on the back burner after all, or for any longer, an MP’s job is not for her.  If she cannot arrange satisfactory alternative care of her children then sorry. She has a long working lifespan still in front of her. The  change needed is a cultural and attitudinal one not an organisational one.  We need recognition that family and work can be sequential, that the division of labour between spouses or partners is a matter for them, that women do not need to do it all or have it all at the same time – not when they may be still be working at 75.

If anything we need maturer women in Parliament, whose families have grown up, women without children, with life or work experience behind them, women entering parliament later. We need encouragement for women to enter later. No wonder Anne said, “I’m sick of being told that when Parliament gets heated that makes it difficult for women. Does it really mean we can’t hold our own?”

Of course it doesn’t. Not if they are sensible and not greedy. Not if they can stop thinking about being a woman all the time and just get on with the job. History suggested that older women  are ell suited to the role as the great women of past Parliaments, from Barbara Castle to Margaret Thatcher and from Betty Boothroyd to Anne herself, demonstrate so vividly. Today’s fading flowers are but shadows of their forbears.

That, sadly, is what their equality agenda and gender obsession has achieved.