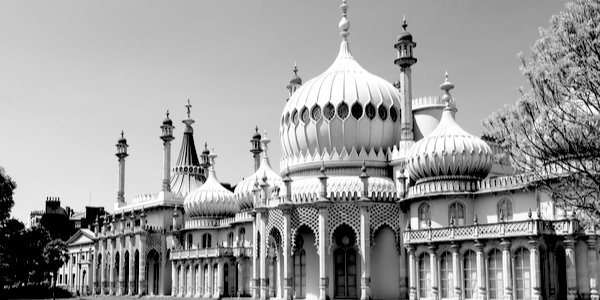 ONE of the cruellest deprivations of the long lockdown has been the cancellation for the second year of the wonderful celebration which is Brighton Pride.

There are so many colours, lights and sounds that the whole thing is a cup of ecstasy, brimming over with sheer joy. From the entrance of the clowns and drag queens, you know you’re in for a spectacular day out. The Dykes on Bikes are a lovely touch. Then in the parade itself, you never know whom you might see next: perhaps your own chiropractor all in leather and wielding a whip? My favourite, back in the long-distant summer of 2019, was the posse of Lesbian Gardeners followed by the Gay Christians singing their new saucy hymns.

The ebullient crowds were showered with gifts, beads, emblems, sweets and condoms in a multitude of flavours. Flying above it all of course was the Rainbow Flag. The music was fabulosa and the great gay anthems played without ceasing: Gloria Gaynor’s I Will Survive, alternated with Vogue by Madonna and the greatest of them all, Diana Ross and I’m Coming Out.

What a deficit in the quality of all our lives here in Sussex the double cancellation of Brighton Pride has been.

We have nothing to compare with it here in Eastbourne and indeed our backwater – teased by some in the name God’s Waiting Room – could never hope to compete. I am often asked, why are there so many old people in Eastbourne (of whom I am one)? Well, we came to live here to be near our parents in Bexhill.

I was wondering if we in Eastbourne might set up a sister institution to Brighton Pride and perhaps call it Straight Humility?

I’m not sure we oldies could compete with the liveliness of the dancing, the vivaciousness of the of the parade and the calypso band, the outrageous (in a nice way) costumes and the wall-to-wall fornication. But we do have a good brass band in Eastbourne: you should hear them on the prom playing World War II tunes, The White Cliffs of Dover with bucketsful of nostalgia.

And we wouldn’t go short of drugs. Our stewards will hand out free 75mg aspirins and litres of that stuff that does wonders for your fibrositis.

We could start everybody off at the pierhead with a glass of sherry – sweet or dry, take your pick. Maybe we’re not so good on our pins, so an actual march would be beyond us. But we could mount a costume tableau featuring old married couples doing Sudoku together or reading your actual books like they used to do in the old days. Gardening would be a big attraction. Grandads and grandmas doing the Daily Telegraph crossword. Maiden aunts making shortcrust pastry while listening to old Paul Temple broadcasts on Radio Four Extra, before another cup of Ovaltine and putting out the cat.

The whole event could be garlanded with banners proclaiming such messages as I Slept with the Wife Last Night. We would all finish off up there on Beachy Head in the sunset singing our very own anthem, If I Knew You Were Coming I’d Have Baked a Cake.