Straight-talking Trump and Putin should get on rather well 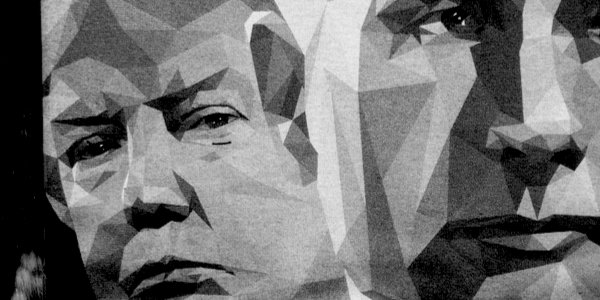 The iconoclastic President of the United States has had another entertaining week of pointing out naked emperors, to the concern of the NATO and UK establishment (and in spite of the embarrassing demonstrations by the usual morons who think that US policy is going to be altered in any way by their caterwauling in London or Scotland).

On NATO Trump made the entirely reasonably point that for far too long the European members have not been pulling their financial weight. This was probably true in the Cold War, but back then the EU was pretty much the only export market for the US – China was a closed economy, the US was not particularly popular in South East Asia. Moreover the UK owed it huge sums from the Second World War and its investment in West Germany through the Marshall Plan was equally substantial. Were western Europe to be overrun by the Soviet hordes all that cash would have to be written off.

That was then. Now the US has a thriving trade with the Pacific Rim and is more concerned about China than Russia. The genius of NATO expanding into the Baltic States – which are undefendable – while relying largely on the US to provide a nuclear umbrella and the ultimate deterrent while at the same time turning their swords into ploughshares increases the risk to the US without commensurate rewards. The parlous state of non-US NATO armed forces is simply not acceptable and Trump has put the Europeans (including the UK) on notice that it’s time for them to stump up the cash. While he has confirmed US commitment to Article 5 (an attack on one is an attack on all) – had he not done so NATO would have ended – it would be rash to think that support is not now conditional upon European defence spending (and, more importantly, capability) increasing substantially.

And now he’s off to meet Vlad, the great threat. I suspect that they will get on rather well as neither seems to have much time for bullsh*t and they probably agree that Western Europe seems to have chosen not to defend itself (except the Poles). And Vlad will no doubt be keen to point out quite how absurd the European position is. Whether the US could support the defence of the Baltic states with conventional weaponry alone is an open question (to do so would require a substantial armoured force in Eastern Poland ready to advance though the Ukraine and on into Russia). While The Donald may very well be content to lob a few nukes at Fat Boy Kim should that idiot threaten a nuclear strike on the US Pacific seaboard, I can’t see that the independence of assorted Latvians, Estonians and Lithuanians is worth the life of a single GI, let alone the risk of Armageddon. Vlad knows this too.

Trump’s other brickbat to Mrs May, pointing out the blindingly obvious that a comprehensive trade deal with the US would be impossible if we are harmonised to EU standards, was again simple straight talking. The establishment may hate it, as may the BBC. But at some time they need to understand that the establishment has failed the UK (£2trillion of debt and no sign of Brexit) and that what happened in the US (where the Clinton/Bush Jr/Obama establishment failed Main Street and led to The Donald) could well happen here.

Rather than decrying Trump as unsophisticated, ignorant and indelicate, they should perhaps consider that 1+1=2 and recall that while the Potemkin villages may have deceived Catherine the Great it all ended rather badly for her successors. The future of Mrs May, her government and her party is probably even less rosy, and as a friend of the UK that may be what Trump was trying to tell her.