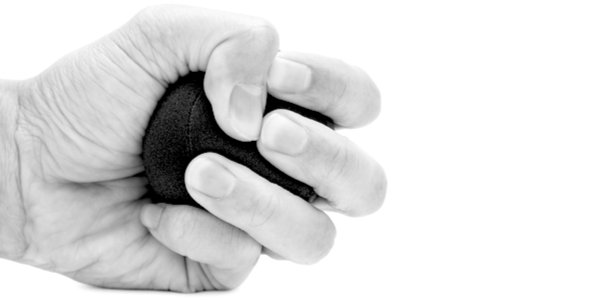 AS PART of its Wellness Initiative for dedicated staff who have been forced to stay at home for the past year eating pizza whilst watching Netflix, Disney Plus and Amazon Prime, the BBC devised a webinar to teach them how to drink water. Now The Conservative Woman has gained exclusive access to the contents of the BBC webinar on dealing with stress . . .

To give home-based BBC staff an awareness of stress, and suggest ways to combat feelings of worthlessness and alienation during the Covid-19 pandemic.

The history of stress

How to deal with stress

Stress can affect anybody. It is the body’s natural reaction to circumstances that are hard to manage. It makes sufferers feel overwhelmed and unable to cope. Many home-based BBC staff may feel this way as they lack the opportunity fully to embrace the Corporation’s missions to prolong the lockdown, identify new genders and combat the climate emergency.

At the end of this module, participants will be invited to identify original personal pronouns that may be added to those already in use by the Corporation.

The history of stress

Stress was first identified by psychiatrists in 1980. Fortunately, as is the case with Covid-19, the pharmaceutical industry was able to respond profitably and with alacrity. Soon drugs such as Valium and Prozac became essential ingredients of many medicine cabinets.

Before 1980, people generally put up with things and those who did not were described as having ‘nerves’, being ‘a bit sad’, or ‘off colour’. In February 1980 the first case of stress at the BBC was identified in a Ms X who was working as an archivist at Broadcasting House. On accidentally being exposed to an early tape of Till Death Us Do Part which had been misfiled as Songs of Praise she fainted, fell off her chair and bumped her head. Miss X was off work for several months. After extensive counselling and following the receipt of substantial compensation, Miss X left the Corporation to work in a sanctuary for distressed donkeys in Andalusia.

The tutor will ask participants to think about anyone they know, such as those who experienced combat in the armed forces, who has had a similar experience to Miss X.

BBC staff have for a long time been exposed to circumstances that give rise to exceptionally high levels of stress. The most obvious cause in recent times has been the requirement for significant numbers to travel or relocate to Salford, where they have been in close proximity to Northerners, pickled eggs, steak puddings and mushy peas. But as was pointed out in the last module, stress can attack when we least expect it. We at the BBC operate in a very sensitive cultural environment and we realise that exposure to archived material such as The Black and White Minstrel Show or Jim’ll Fix It will cause extreme discomfort or worse.

The tutor will remind participants of the risk assessment procedure that must be followed before viewing any material broadcast prior to 1980.

How to recognise stress

It is often easier to recognise stress in other people than in yourself. In this module you will be shown examples of people under great stress. In edited video clips from the 2016 referendum result programme you will see how the demeanour of various BBC reporters and pundits changed during the night. In particular, note how the result from Sunderland took its toll on those in the studio, and how their initial confident and expectant expressions turned to teary bewilderment and anxiety.

Other people are often reluctant to tell you that you may be suffering from stress and, therefore, it is necessary to look out for the tell-tale signs in yourself. These include: laughing at any time during The Mash Report, believing that a combination of Anna Soubry, Femi Oluwole and Lord Adonis will persuade people to vote to rejoin the EU, thinking that Gary Lineker deserves a pay rise and enjoying The One Show.

The tutor will ask you to write down any abnormal behaviour you have experienced during the past year whilst not under the influence of drink or drugs.

How to alleviate stress

The past four years have been particularly stressful for all staff, but we congratulate you for playing your part in the defeat of Donald Trump. We can all relax as we look forward to a glorious era instigated by the razor-sharp intellect of President Biden. If you feel a stress attack is imminent, close your eyes and recall how the slick Democrat election machines magically conjured the correct result in key swing states.

In another initiative to combat stress, and reward our dedicated home-based employees, the BBC has commissioned an exclusive ‘stress-busting’ documentary featuring Sir David Attenborough playing with his favourite kittens and puppies. To help you relax, Sir David has promised to avoid mentioning the climate catastrophe, population control, or whales that have ingested Sainsbury’s carrier bags.

Following the video you will be asked to draw the outline of a dog and colour it in the style of our latest hit show Pooch Perfect.

As has already been mentioned, the events of June 23-24 2016 caused a great deal of stress to you and everyone at the BBC. Recent events concerning the EU’s ability to procure only a couple of past-use-by date boxes of the Covid-19 vaccine have emboldened those who were persuaded to vote Leave against the advice of their betters. Should you inadvertently come into contact with any of these xenophobes, it is suggested that you remind them of some of the successes of the European project such as the ‘Airborne noise emitted by household appliances directive’ and the ‘Non-automatic weighing instruments directive’. This will undoubtedly reduce your stress levels and give them cause to reflect on their moment of madness.

The tutor will give you time to draw an EU flag bearing 28 stars. As you do so you can think of other EU directives that have been similarly successful. Beethoven’s Ode to Joy will play softly in the background as you draw.

We do not need to consult BLM to know that stress is fundamentally a consequence of the white male patriarchy for whom it is a weapon in their desire to subjugate the other 99 genders and the BAME community.

This has been confirmed by BBC Reality Checkers.

The tutor will encourage white male participants publicly to acknowledge their guilt and explain their plans to atone for the misery they have caused. In doing so they will feel a burden has been lifted from their shoulders and will no longer be regarded with suspicion by the Corporation’s management.

To prevent the occurrence of stress, avoid watching the BBC, Sky, C4, or ITV News and current affairs.

Please do not distribute this course description outside the BBC ‘family’, as misinterpretation of the content may cause malicious journalists to describe the Wellness Initiative as a frivolous waste of our ever-diminishing licence fee income.

Please remember to wear a mask at all times and ensure that you adhere strictly to the Government’s restrictive policies, as the future of the licence fee is dependent upon our unwavering support for ever stricter lockdowns.

My Favourite Pangolins by Xi Jinping