NewsPaperthe art of publishing
HomeNewsStudy your forerunners’ actions, Mr Hinds – and do the opposite
5

Study your forerunners’ actions, Mr Hinds – and do the opposite 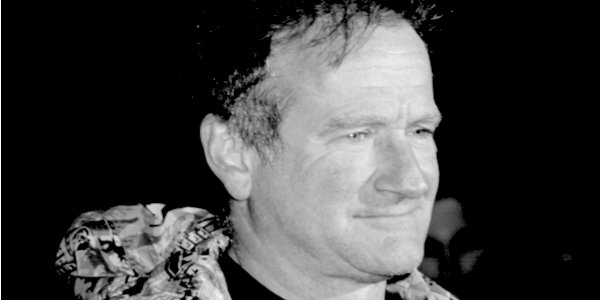 [Keating stands on his desk]

John Keating: Why did I stand up here? Anybody?

[dings a bell with his foot]

John Keating: Thank you for playing, Mr Dalton. I stand upon my desk to remind myself that we must constantly look at things in a different way.

Damian Hinds, the new education secretary, is ‘a dead ringer for Robin Williams’ according to the Mail on Sunday. Beyond sharing the deceased actor’s looks, I hope that he will pick up a few ideas from maverick teacher John Keating whom Williams portrayed in the iconic film Dead Poets Society, quoted above.

He may not need to stand on his ministerial desk, but he will certainly need to look at his portfolio differently from his predecessors if he is to solve the deep-rooted problems within our education system. ‘More of the same’ is not going to be the answer.

For the past three decades or more the educational establishment, the Blob, has had its way. It has presided over our fall into mid-table mediocrity on the OECD attainment tables, up to three years behind the world’s top-performing education systems by the age of fifteen. Uniquely amongst developed countries, grandparents in Britain outperform their grandchildren in basic employment skills. Around 20 per cent of school-leavers are largely unemployable, according to employers’ organisations.

When Mr Hinds enters the Department for Education he will see photographs of those responsible for this situation, his predecessors, lining the walls. My own dealings with the department go back as far as Keith Joseph (1981-1986). His picture is followed by Kenneth Baker, John MacGregor, Kenneth Clarke, John Patten, Gillian Shephard, David Blunkett, Estelle Morris, Charles Clarke, Ruth Kelly, Alan Johnson, Ed Balls, Michael Gove, Nicky Morgan and Justine Greening.

These are the people who presided over the decline of educational standards in our country. These are the guilty men and women. True, Michael Gove tried to make a stand before being sacked but even he was overwhelmed by the Blob. His restoration of a little rigour to public examination syllabuses, for example, has since been made irrelevant. The Blob has succeeded in lowering the GCSE pass mark to 15 per cent. Even his revision of National Curriculum history turned out to be a fiasco. His promised the Conservative Party Conference that he would ‘stop the trashing of our past’ but only made things worse. Unlike African and Islamic history, not a single event or personality from British history makes it on to the list of compulsory content. As a consequence, Jack the Ripper is more or less top of the pops amongst 19th century topics chosen by teachers when teaching British history.

Damian Hinds should linger awhile before the mugshots of those who came before him and recall the voice of his lookalike Robin Williams in the John Keating role:

‘They’re not that different from you, are they? . . . Invincible, just like you feel. The world is their oyster. They believe they’re destined for great things, just like . . . you, their eyes are full of hope, just like you.’

Sadly, the insolence and the arrogance of office has been a feature of too many education secretaries. Labour’s Estelle Morris was a notable exception. She, at least, had the self-awareness and good grace to admit that the job was beyond her capabilities and to resign. I admired her truthfulness, not least because the importance of honesty, truth and integrity that schools teach children rarely characterises how the Blob behaves. It remains in total denial of its betrayal of young people. The educational establishment unashamedly claims that the past thirty years has been a story of unprecedented success in terms of what it has achieved.

If the education secretary is to learn anything from his predecessors it will be how not to proceed, how not to face the future. As Robin Willams/John Keating observed: