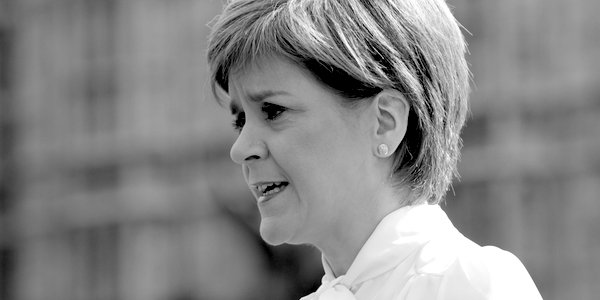 More than 400 years after her execution, Mary, Queen of Scots is back in the news! A film being released in December falsifies history by having the Scottish queen meet England’s Elizabeth I. There is nothing new, of course, about this particular fiction. German playwright Friedrich Schiller started it in 1800 with his drama Mary Stuart. From the modern journalistic point of view the defence of this version of ‘fake news’ is, I suppose, that we should never allow the facts to get in the way of a good story. Even Shakespeare was a Tudor propagandist!

The BBC certainly seems to agree. Greg Jenner, historical consultant for the Horrible Histories series, told The Daily Telegraph that the film is inaccurate, but said that storytellers should be free to inject drama into films and television adaptations. He added: ‘I completely understand why the filmmakers have cheated the history to make it more dramatic.

‘I’m of the school of thought that dramatists should be allowed to make stuff up, be inventive and change things as storytelling is ultimately about imagination – as long as historians have the chance to speak publicly to correct the inaccuracies afterwards.’

The intention of filmmakers in fictionalising the past or, indeed, the present, is not always quite as well-intentioned and benign as this particular BBC consultant would have us believe. The episode of Churchill travelling on the London Tube, for example, in the recent film Darkest Hour may be treated as harmless poetic licence. It was highly manipulative, though, not least in the presentation of a multi-racial carriage.

Less innocuous was the epic 1995 American movie Braveheart, with Mel Gibson portraying Scotland’s rebel leader William Wallace. Putting aside a host of historical inaccuracies, most famously the 13th century Scots wearing the kilt, this film’s distortions had some sinister undertones – even for the ‘freedom-loving’ Left. For the Economist it was ‘xenophobic’ and a Guardian piece by Professor John Sutherland described the film as giving ‘full rein to a toxic Anglophobia ’. A Times article agreed it was ‘xenophobic’ and opined that its ‘political effects are truly pernicious’. The Independent directly linked the film to a rise in Scottish nationalism and anti-English prejudice.

Braveheart could have been subtitled The triumph of the will of William Wallace. It demonstrates that fictionalising the past carries with it a responsibility. From the pre-release trailer it seems that Mary Queen of Scots may turn out to be the feminist version of the Mel Gibson film. An SNP version of fake history with Mary Stuart as Nicola Sturgeon!

If so, it will take us a long way from the historical Mary – brought up mostly in France, saturated in Gallic culture and one-time Queen Consort of France. From Mary Stuart’s perspective her tragedy was that her first husband, Francis II, King of France, died before she could subject Scotland to the rule of France. Perhaps Nicola Sturgeon’s desire to subject Scotland to a foreign power, Brussels, makes her not so very different from Mary Stuart after all.