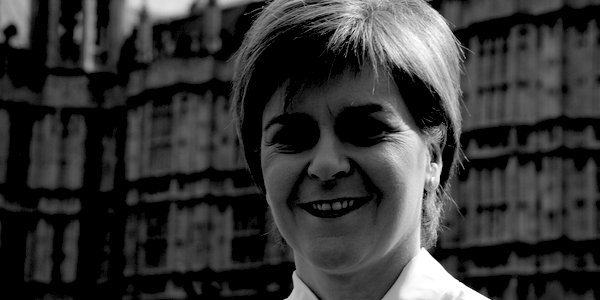 Earlier this year Scotland’s Brexit Minister, Mike Russell of the SNP, accused the UK Government of seeking to ‘turn the clock back to 1973 . . . to redesign devolution, as if the UK had never been in the EU, Common Market or European Community’.

For many of a certain age, a Life on Mars-style transportation back to a time of national sovereignty, glam-rock and politically incorrect sitcoms has undoubted appeal – one wistful attraction being the absence of a Scottish Parliament, currently with a Nationalist First Minister continuously preoccupied with how to engineer separation from the UK.

When Russell made his hyperbolic claim in March, it was part of his explanation why Scotland had controversially passed its own Brexit Bill. Ostensibly to protect devolved powers, at the time it appeared to be a sabre-rattling negotiating tactic ahead of the UK Government’s EU Withdrawal Bill coming to Holyrood for approval. However, whereas the Welsh Assembly accepted subsequent concessions and gave the Bill the nod, on May 15 the MSPs dug in, with all but the Scottish Tories voting against the Brexit legislation.

The defeat at Holyrood came soon after there had been a further round of mischievous amendments in the Lords, all changes to the Bill intended to prevent any meaningful Brexit. Among other things, the peers have voted to remove the exit date and prohibit leaving without an approved deal, the combined effect of which potentially extends negotiations ad infinitum and traps the country in purgatory until eventually we capitulate and ask the EU for salvation. The recent defeat at Holyrood adds to the impression that all impetus is now with the Brexit-blockers.

In 2016 Scotland voted 62:38 to Remain, but contrary to the expectation of the Nationalists, the UK-wide vote to quit the EU did not produce a surge in demand for Scottish separation, leaving the SNP to foment discord in other ways. Framing the Withdrawal Bill as an assault by Westminster on the devolved parliament has become the Nats’ latest wheeze.

Admittedly, the dissenting votes at Holyrood were not solely those of the informal coalition between the SNP and its nationalist Mini-Me, the Scottish Green Party: MSPs from both Labour and the LibDems also vetoed the Withdrawal Bill, for which Tory MP Ross Thomson labelled them ‘midwives for the SNP’s crusade to tear apart the Union’. The likelihood is that these supposedly Unionist parties backed the separatists less out of principle and more expediently to avoid being on the same losing side of the vote as the Scottish Conservatives: even now, Scottish Leftists still cite ‘voting with the Tories’ as an act of traitorous collaboration.

The confected dispute concerns the arrangement for post-Brexit repatriation of powers in devolved areas of policy, the majority of which will automatically pass to Edinburgh and Cardiff. But for a small proportion, including key matters such as agriculture, fisheries and food standards, the UK Government intends temporarily to retain primacy until it has re-established new UK-wide frameworks; the SNP portrays this as a ‘power grab’ by Westminster.

To clarify: having previously been unconcerned that these totemic powers resided with its beloved EU, over which the Scottish Government has minimal influence, the Scots Nats now feign horror that a small proportion could temporarily be retained by Westminster – where the SNP has, and almost certainly will continue to enjoy, a disproportionately large representation. All of which merely confirms that, rather than a responsible governing party, the SNP remains primarily a reflexive anti-UK protest group.

Inclusion of a sunset clause restricting to two years the power of Westminster to make new rules, with the life of any such regulations limited to a further five years, had satisfied the Welsh Assembly. Although Mike Russell insists there no disagreement with the First Minister, various political correspondents reported their belief that this concession had also mollified Russell only for him to be overruled by his boss. To which Scottish Secretary of State David Mundell dryly commented: ‘To be fair to Mike Russell, he has never led us to believe that there is any other decision-maker in the Scottish Government than Nicola Sturgeon.’

Lest you think that Scotland’s governing party is a dictatorship, in mitigation please note that the SNP does also have a powerful chief executive named Peter Murrell . . . husband of Nicola Sturgeon.

Once the SNP had flagged that it intended to reject the Bill, the First Minister put her name to several of what Tory MSP Murdo Fraser called ‘hysterical newspaper articles claiming that the UK Conservatives are intent on demolishing devolution’.

Never one to understate her case, in a piece for the Sunday Herald Nicola Sturgeon warned: ‘We should be under no illusions how extensive that power grab could be – the Tory proposal would see Westminster hold the whip hand over devolved powers for up to seven years. Who knows what that could mean – imagine Jacob Rees-Mogg as Prime Minister trampling all over Holyrood’s authority and rolling back devolution.’

This hypothesis might actually be more popular, on both sides of the border, than Sturgeon dares to imagine; sadly, it will remain a fantasy. Not that this prevents the SNP from picking an abstract fight with a hypothetical future government.

As a scare tactic, Sturgeon even summoned the spectre of The Donald, claiming the ‘power grab’ could result in ‘Trump’s America’ – not just America, note, but Trump’s America – subjecting us to ‘chlorinated chicken and hormone-injected beef’. Here in the Land of Deep-Fried Pizza such abominable foodstuffs would never do.

At PMQs one day after the defeat at Holyrood, the SNP’s Ian Blackford asked Theresa May to ‘reassure the House that the Withdrawal Bill will not go through without the consent of the Scottish Parliament’. Although this is not a constitutional necessity, May’s automated response was characteristically timid; however, it is a matter in which she must be prepared to counter further grandstanding by the SNP’s chief grievance-monger Nicola Sturgeon.

The veteran Jim Sillars, former deputy leader of the SNP and consistently a principled eurosceptic, recently described the Scottish Government as a ‘one-person show in which the First Minister calls not only the tune, but writes the verses’. Her blocking of the EU Withdrawal Bill has become Nicola Sturgeon’s latest separatist dirge.