Summer of Discontent – it’s 1979 all over again 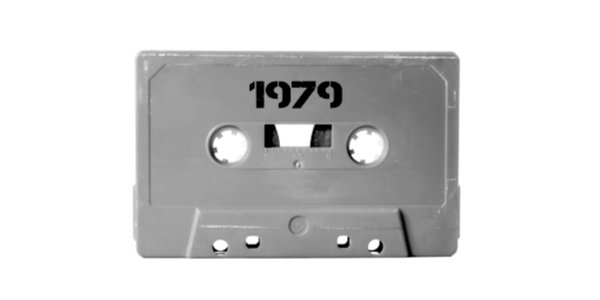 AHH, the 1970s, the decade of Gary Glitter and Jimmy Savile on Top of the Pops, and Stuart Hall on It’s a Knockout! But it was not only secret evil that was on the march. The decade represented the zenith of socialism worldwide, as the USA withdrew from Indo-China, leading to that unfortunate region falling to communism and its partner-in-crimes-against-humanity, genocide. Across Africa, newly independent countries adopted Marxist governments, and the few that were reluctant were helped along by Soviet-backed Cuban mercenaries.

In the UK the government was only nominally in charge. The real masters were the leaders of the trades unions and their corporate body, the TUC. Men (always men, you will notice) such as Jack Jones, Hugh Scanlon, Joe Gormley, Clive Jenkins and Len Murray were household names. The annual conference of the TUC was televised live. Strikes were called on the basis of a public show of hands in factory car parks, these votes being televised on the evening news with as much import as a by-election. The closed shop meant union membership was mandatory for employment in numerous firms. If a union card was withdrawn, the ex-member lost his or her job. Members had no choice but to have some of their union dues go to the Labour Party. A large part of the working population was living in a form of socialist dictatorship with varying degrees of malevolence.

Even to my young eyes, things were wrong. The wrong people seemed to be in charge and they were using the wrong methods to get what they wanted. Legitimate government was impotent. The unions had demonstrated they could bring down any government at any time they wanted. Coal miners would go on strike, shutting off the source of fuel to power stations they had dictated could not use alternatives such as oil or natural gas. Railway workers would refuse to deliver the coal anyway. The threat of power cuts dictated policy. Unionised truckers could paralyse the distribution of food and medicines. In the late 1970s, during a major multi-union strike that was one step short of a General Strike, unions set up checkpoints on what was ostensibly the Queen’s Highway to regulate the flow of goods across the country, with an internal passport system of their own devising for essential supplies. The government did nothing.

Of course it could not go on for ever. The public had been watching these antics for the best part of a decade and were heartily sick of it all. Margaret Thatcher was elected with a mandate to do something about it. Rather than use sledgehammer legislation to create political martyrs, as Edward Heath had done, Mrs Thatcher employed a gradualist approach, based on the famous Ridley Plan. Union rights were progressively curbed with successive Employment Acts. If these were breached, it would not result in jail time. Instead the unions were hit in their wallets, as the civil courts froze bank accounts and issued fines. Union membership was reduced by reducing union-dictated overmanning, which increased unemployment. With job security based on business performance rather than socialist diktat, and also the end of government bailouts for failing firms, the removal of the previous artificial job security meant that workers were faced with a choice of doing their jobs properly or losing them. Private companies, most notably the newspaper industry, were emboldened to trim the useless fat of unwanted staff imposed by the blatant blackmail of union gangsterism. The 1980s were like the final segment of a movie thriller where the good guys finally prevail over the bad guys.

Now it feels as if we are in the first segment of a sequel thriller. Instead of the fellow-travellers of the Soviet Union as the bad guys, we have their modern counterparts who commune with the European Union. The hammer-and-sickle has been replaced with the circle of stars. Instead of strikes, we have contradictory Commons votes and activist-inspired court judgments that sabotage any form of progress and are a distraction from work on policy areas. Instead of Red Robbo in a British Leyland car park, we have Grey John at the Supreme Court. It seems fitting that this Summer of Dislocation is happening a little more than forty years after the Winter of Discontent. It was after that General Strike in all but name that the public’s patience finally snapped. It was expressed in the General Election the following May, where a tottering minority government was replaced with a Conservative government with a majority safe enough to enact major economic reforms and to put the unions in their place once and for all.

The parallels are there. The difference now is that it is the minority government that is in tune with the public mood, while the opposition parties broadcast wild collectivist fantasies and deny past and future public votes. What will happen next is uncertain, but it is feeling a bit like 1979 all over again. It’s a pity the music in the charts is not as good now as it was then. Forty years ago this month, Video Killed the Radio Star entered the charts.

Share
Facebook
Twitter
WhatsApp
Email
Previous articleOne man’s meat is a Leftie’s poison
Next articleCan we trust Boris to lead us out of the WA trap?