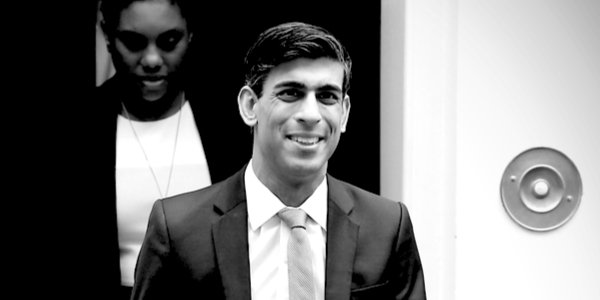 DOES anyone still believe that the UK is being governed by fiscally responsible conservatives? Surely not, and Chancellor Rishi Sunak has further increased the mountain of debt by extending to the end of October the Coronavirus Job Retention Scheme (CJRS).

By the time the furlough project ends, the Government will have underwritten 80 per cent of wages, up to a maximum of £2,500 per month, for up to eight months. Originally an emergency measure for March, April and May, the CJRS had already been extended to cover June, and Sunak has promised there will be ‘no cliff edge’.

Nonetheless, the Chancellor previously seemed eager to phase out the ruinously expensive scheme, and it had been widely forecast that he would curtail it by lowering the grant support from 80 to 60 per cent of normal pay. That certainly was the assumption of former shadow chancellor John McDonnell, who described the presumptive tapering of the subsidy as ‘starving workers back to work’.

Labour’s deputy leader Angela Rayner similarly demanded that the Government must not reduce the subsidy nor relax the scheme which ‘needs to continue, it can’t be reduced’.

Rishi Sunak therefore has delighted those on the Left who are always thrilled when people are paid not to work. When announcing his four-month extension to the CJRS, the chancellor even parroted the Labour line: ‘Nobody who is on the furlough scheme wants to be on this scheme.’

Really? Does Sunak genuinely believe that a substantial proportion, probably even a majority, of the 7.5million furloughed would prefer their usual daily grind to a lengthy sabbatical during which they receive at least 80 per cent of normal pay while incurring no travel or other work-related expenses? If so, Rishi’s naivety is rather touching.

That earlier Labour outrage came in response to the Times having been briefed that ‘people are addicted to the [furlough] scheme’ and Health Secretary Matt Hancock being quoted: ‘We’ve got to wean off it.’

That was Hancock stating the blindingly obvious. At the time of writing, the Treasury reports that 935,000 employers have furloughed 7.5million jobs – almost one in four of the UK’s workforce – for which employers have so far reclaimed £10.1billion. This cost is after little more than two months of the scheme, when most claims to date will be for payroll only to the end of April. Projecting the cost to the end of October is terrifying.

Later this month Sunak will provide further details of how he intends to staunch this haemorrhage of cash from the Exchequer. All we know at the moment is that from August the furlough scheme can include employees making a phased return through part-time work; also, that an employer continuing to furlough a worker from August will be required to contribute, though to what extent has yet to be announced.

Anything which puts people to work rather than paying them to be idle is welcome; however, it remains to be seen what effect these timid changes from August will have, and how much they will save the taxpayer. The snag is that unless government still subsidises a large proportion of the cost, a struggling employer will be unable and unwilling to retain the furloughed employee; what currently is a deferred redundancy will then become the real thing. Needless to say, Labour wants the taxpayer to delay the day of reckoning further, as confirmed by shadow chancellor Anneliese Dodds.

The Nationalists go even further in their calls for government largesse. The SNP’s Alison Thewliss and Plaid Cymru’s Liz Saville Roberts instantly and arrogantly demanded that the furlough scheme must apply to Scotland and Wales, and be funded by Westminster, for as long as the devolved Parliaments choose to paralyse their economies.

Even more alarming than the potential cost is the Government’s willingness to pay, either in full or in part, for people to stay away from work until at least October and for jobs to remain in abeyance for four extra months. This is not the action of a leadership determined to revive the economy and kick-start the country forthwith.

On the contrary, the Government’s caution gives succour to the Left, particularly the alarmist trade unions who see this crisis as an opportunity to reassert their importance by keeping members away from work until there is a government guarantee of immortality. When an announcement by a Conservative Chancellor is welcomed by the general secretary of the TUC, we should be extremely worried.

We had been led to believe that Rishi Sunak is the Cabinet’s principal ‘hawk’, someone who has ‘privately been making the case for as quick an end to the lockdown as possible to limit damage to the economy, viewing it as part of his job to speak up about the financial risks of a lengthy shutdown’. Indeed, only last week the Chancellor made the self-evident observation that having the state support the incomes of estimated 27million people is ‘not sustainable’.

Which is an understatement: such has been the self-harm to the UK economy, it is surprising that the number of furloughed workers is not even greater than the current 7.5million. Yet according to the political editor of the Sun, Tom Newton Dunn, the Chancellor introduced his uncosted scheme expecting employers to furlough only one million jobs.

If true, that was a monumental miscalculation. Nonetheless, Rishi Sunak has further extended the exorbitant CJRS because he ‘won’t give up on the people who rely on it’.

But people will rely on the furlough scheme for as long as it exists. A brisk phase-out of the CJRS would, more than any other measure, shift public opinion towards the imperative of getting the country back to work. Instead, Rishi Sunak has extended the life of the monster he created and prolonged the mass dependency.