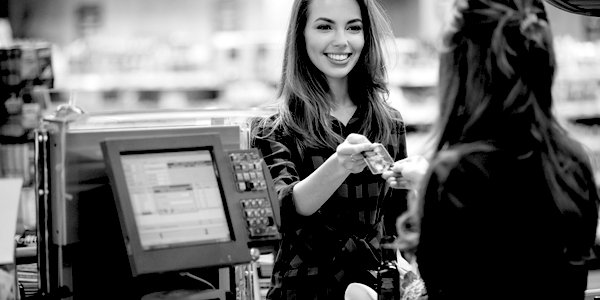 The solicitors Leigh Day are on to a winner. Having won an employment tribunal for women who stack shelves or work the tills at Asda, they have sold their services to Sainsbury’s workers and are now branching out.

Thousands of women at Tesco could receive nice chunks of money if Leigh Day are also successful there.

Pay is awarded according to comparable skills, levels of responsibility and worth to the employer. This seems to allow plenty of scope for legal creativity with ongoing tribunals and appeals.

But surely there are other methods that could form the basis of remuneration law which would be equally or more objective? For example, how many applicants per job, how accessible is the employment by transport, how flexible is it, and how many employees live near by?

Or you could get really objective by looking at the risk level – the number of people killed or injured at work (RIDIND – RIDDOR reported fatal and non-fatal injuries in Great Britain by detailed industry).

In the case of retail workers there are 172 non-fatal injuries per 100,000 workers in a seven-day period. Among warehouse workers this figure is 1,252. If you want to look at fatalities, the chances of being killed at work if you are a warehouse worker are 13 times as great.

Uber have managed to remove loopholes for solicitors through an algorithm which is totally and indisputably gender-blind. Uber pays drivers based on a relatively simple, transparent formula that takes into account the distance of the ride, how long it takes, and a multiplier when there is excessively high demand. The pay structure is tied directly to output measure on these terms and not negotiated.

I am told that male Uber drivers are paid 7 per cent more per hour because they optimise on the more lucrative routes, because they have a lower turnover than women and have the benefits of experience which come from this. Finally they do more work per hour – they are more productive.

The supermarkets, unfortunately, have not managed to work out such a formula. But their female employees driven on by their feminist overladies signal their virtue: ‘Women have been fighting for equal rights and their voice to be heard for 100 years, we are not just doing it for us . . .’

My thanks to Annie O’Fence @gimblemusk for the Health and Safety (HSE) data (Download the spreadsheet here: RIDIND – RIDDOR reported fatal and non-fatal injuries in Great Britain by detailed industry)