NewsPaperthe art of publishing
HomeNewsSurveying the Sixties from my seventies
149

Surveying the Sixties from my seventies 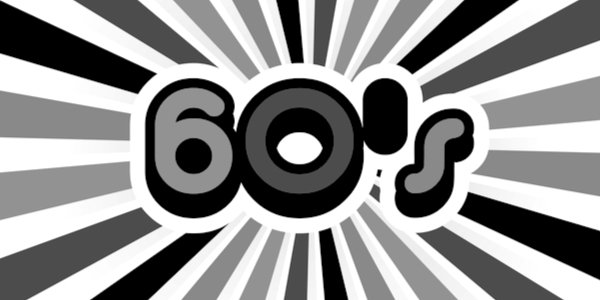 IN his TCW piece the other day, Edward Dadd told how we grumpy gits of the older generation are allegedly denying the lockdown-hit young the freedoms we enjoyed in the Sixties.

He’s right in one sense. These days it’s tempting to begrudge kids their pleasures because many seem over-indulged, ungrateful, bad-mannered and semi-educated – and they have stuff we never had. I suppose ’twas ever thus.

But, at the age of 70, I must take issue with Edward’s remarks about the Sixties. He wrote: ‘Remember, this was the flower power generation who (till now anyway) have fondly recalled their late teens and early twenties, newly free from the shackles of post-war austerity and parental control.

‘Yet those who came of age in the era of psychedelia and free love seem all too willing to deny the young any semblance of the diverse range of life experiences that they enjoyed.’

Well, it wasn’t quite like that. In fact, the impression of the Sixties as one long festival of drug-fuelled, unfettered hedonism and liberated libidos played out to the rhythms of the Beatles and the Stones has long since been rightly debunked as a myth. And I can add my twopennyworth to that.

It’s true that some lucky sods were free-loving, pill-popping and partying all over the place with blonde, mini-skirted dolly birds, as nubile young ladies were called (that’s me in the mire with the feminist lobby).

However, the fun was probably confined to a relatively small coterie – pop groups (they didn’t become ‘rock bands’ until later in the decade), disc jockeys, actors, showbusiness and sports stars, media types and the like.

By the same token, some hippie dreamers were genuinely into an Age of Aquarius-style alternative lifestyle of spiritual enlightenment, self-sufficiency, mind-altering substances, communes and world peace.

But for the vast majority of young people, there wasn’t a lot of dropping out, tuning in and turning on, much as they would have liked it.

For all the marvellous music, pop art posters and Carnaby Street clothes, everyday life generally remained quite staid. Outside London and other big cities, a night on the town for most still meant a few pints of bitter rather than tripping on LSD – even draught lager wasn’t widely available. You wouldn’t go home in an E-Type, but on the late bus.

As for throwing off the shackles of parental control, I can vouch that many would-be wild men and rock rebels still had to wait until they were 21 to be allowed a front door key. And the end of post-war austerity? Not quite. Our heads may have been filled with stardust, but our pockets were often empty.

At the same time, flower power never quite caught on in the more benighted regions of the realm. Anyone walking round with marigolds in his hair down our way – which admittedly wasn’t exactly Haight-Ashbury  – was still likely to end up having to make a run for it.

Then we got the so-called 1967 Summer of Love, when the Beatles went psychedelic. But a lot of those groovy types you saw swaying amid incense smoke, waving beads and calling one another ‘man’ would swap their kaftans and loons for a suit, collar and tie as they trudged to the office on Monday. Weekend hippies.

Don’t get me wrong – I enjoyed the Sixties. It was a great time to be young, especially for the music. The pop revolution led by the Beatles really did change the world for many of us.

Then, although we didn’t appreciate it at the time, there was the gradual erosion of the Establishment’s grip on things and the career opportunities we enjoyed as the long recovery from the war bore fruit. And there was the joy of literally letting our hair down. I started the decade with a schoolboy’s severe short back and sides and ended it with my hair tumbling over my shoulders.

So yes, the Sixties were a blessed release from a Britain where things had basically stayed the same for generations. But to a certain extent the decade has been turned, to steal John Major’s phrase, into a golden age that never was. And as for that nonsensical saying – ‘if you can remember the Sixties, you weren’t there’ – I often wonder what t****r wrote that.

Anyhow, my point about the Sixties – and probably any other era – is that despite what really happened, the past generally tends to be shoehorned into a version of what people think it was like. And as those who actually experienced it fade away, the picture becomes more or less set in stone. It’s been so imprinted on our consciousness by books, television and films that it’s become a collective false memory.

Having said all that, it was an amazing era to be alive – warts and all – and I wish I could go back there. Someone please call me a newspaper taxi.