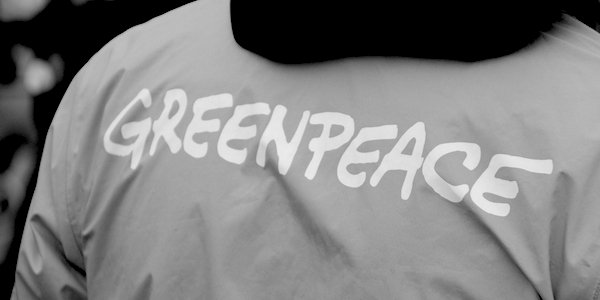 TAKING responsibility used to be de rigueur. Adults took responsibility for themselves, for their children, and for their communities. Nowadays the opposite is true. We congratulate ourselves on our lack of discipline, and our inaction when action is called for.

Western leaders are now pansified shadows of what they used to be, content to excuse their dithering rather than commanding respect. The ‘Conservative’ Party has spent three years refusing to take responsibility for Brexit, calling instead for ‘unity’. Sadiq Khan has spent a similar period blaming Tory cuts for everything from knife crime to a stubbed toe. Jeremy Corbyn, in lieu of actual policies, grasps like a drowning man at the crutch of ‘relative poverty’ (the ignominy of an iPhone 6).

By contrast, those determined to take responsibility for their people and their nations (Trump, Salvini, Orban, for instance), are decried as populists, nationalists, and even Nazis.

It is in this context of polarised views that Thursday night’s Mansion House speech was interrupted by Greenpeace climate change activists. As Paul Horgan reported in TCW yesterday, one of the female protesters suddenly appeared to make a determined charge towards Chancellor Phillip Hammond – an event that would naturally arouse suspicion.

Cue Mark Field MP, a man who doesn’t take kindly to being interrupted at dinner. He blocked the protester, put his hand on the back of her neck and calmly steered her from the room. The whole thing was over in seconds. In almost as little time, Field has faced calls to resign and accusations of assault.

Though he’s apologised and referred himself to the Cabinet Office, he’s been suspended for the crime of being a man, and acting like one. It takes a lot to stand up and take responsibility when everyone else is staring uncomfortably at their peas.

While it’s reassuring to find some commentators rushing to Field’s defence, they are eclipsed by the ostentatiously incensed who reserve their public apoplexy for victim groups of which they approve, or identities they can attack:

This is horrific. Conservative Foreign Office Minister Mark Field violently grabs a woman as she protests about climate change at the bankers’ banquet.

This appears to be assault. He must be immediately suspended or sacked. Due to Violence against women.https://t.co/fjy6HZXyyG https://t.co/mM8hJ47ult

WTF this is totally inexcusable aggressive behaviour against the woman in red. Immediate apology is required and may not be the end of it https://t.co/wfOvHyQPux

Its not just seeing such force that’s shocking, but also failure of bystanders to intervene. Must have been terrifying- Having had male political opponents try to pin me up against a wall too, you aren’t thinking of your cause in that moment- just a primal fear for your safety. https://t.co/LIUwdnILHy

Though the Left regard anyone who voted for Brexit as a swivel-eyed fascist loon, even holding them directly responsible for the murder of Jo Cox,  physical attacks on the Right are deemed to be progressive. An Australian teenager egging Right-wing senator Fraser Anning earlier this year was hailed a hero; Anning himself was criticised for overreacting. Nigel Farage and Ukip candidate Carl Benjamin were expected to see the ‘funny side’ of milkshaking. They didn’t, even less so Jo Brand’s battery acid ‘joke’.

Double standards are evident too in the Independent. It has just issued its contender for 2019’s most disingenuous headline, which would have you think Mark Field was a fully-paid-up #MeToo rapist: ‘Conservative MP seen grabbing female climate protester at event’.

We’ve been told for decades that women are equal to men. They are when it suits them, but not apparently when it suits feminists better to play the ‘weaker sex’ card – which appears to be exactly what Greenpeace activists are doing.

We were peaceful protestors making a critical point about the state of our country’s response to the most pressing issue of our time. We should not expect to receive such disproportionate physical violence. Full stop. #r4today pic.twitter.com/10EaHuWoVL

Being female does not preclude violence. It didn’t prevent Nasim Najafi Aghdam from shooting up YouTube’s California headquarters in 2018. Nor did it prevent a mother and her lesbian lover killing her own son. In fact some of the media would have us admire female psycho killers.

Mark Field had no knowledge of what the woman was carrying or concealing, nor of her intentions. He was right to act, and he took responsibility when no one else would.

We’ve been reminded recently that ‘words have consequences’. Funnily enough, so do actions. Were my daughter ever foolish enough to storm a private dinner in protest, not only would I bear a man like Mark Field no ill-will – I’d be grateful to him for showing the restraint he did.

There’s a time and a place for protests, but not when ‘protesting’ becomes the Left’s exoneration from criminal responsibility.

The awful conclusion to draw from this modern morality tale is that when you think might be in the middle of a potential acid attack, knifing or bombing, you had better scrutinise your assailant’s demographics and ask a quick question about their political leanings. If you are a white male and they are a Left-wing protester of any sex you’d be well-advised to accept your fate as mutedly as possible.

Mark Field is a hero; it’s too bad our society no longer recognises one.