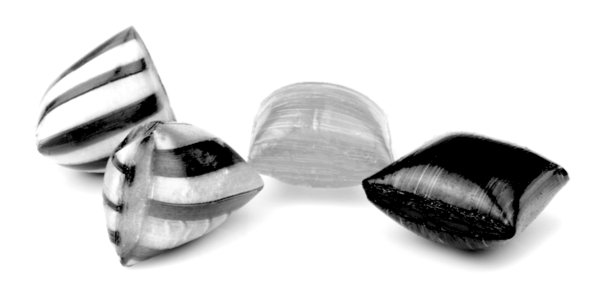 FROM Pateley Bridge, North Yorkshire, comes news that the Oldest Sweetshop in the World is preparing to reopen once lockdown restrictions are eased.

To someone of my mature years, such an announcement brings a sugar-rush of mouth-watering memories.

The shop, which dates back to 1827, specialises in ‘retro’ sweets – one of several businesses up and down the country selling old-time confectionery over the counter or online.

The goodies on offer at these excellent emporiums include many of the favourites my friends and I dreamed of, drooled over and devoured as children in the 1950s.

Back then, aged between six and ten, we’d often stand literally with noses pressed against the window of our local sweetshop, gazing longingly at the treasures within.

On higher shelves, the more exotic and expensive stuff would be arrayed: walnut whips, coconut mushrooms, cinder toffee, creamy whirls and chocolate creams. Not for the likes of us impoverished urchins, but we could dream.

The mainstay of our band of economically challenged sweet-eaters were Black Jacks and Fruit Salads, which were something like eight for a penny. The tangy little oblong chews could last for ages if savoured slowly.

However, if you found yourself flush with, say, sixpence or a shilling, you could upgrade to a dazzling cornucopia of confectionery.

Of course, there were dozens more sweets which I’ve forgotten, while there were so many chocolate bars to choose from that they formed a whole separate sub-strata. Suffice it to say that a bar of Fry’s Five Centre was delicious, while Fry’s Five Boys, with its quintet of odd-looking kids on the wrapper, was vaguely unsettling. Oh, and the thought of Caramac still makes me feel ill.

Despite our voracious appetite for sweets, you rarely – if ever – saw an overweight child in those far-off days. Most kids were stick-thin and even a tubby adult was uncommon.

But this was an age when people walked miles, worked hard and ate sparsely. If you heard the word calories, you’d most likely think it was something to do with gas heaters.

In years gone by, loose sweets were sold by the ounce. You could buy as little as two ounces, but a favourite amount was a quarter – four ounces, a quarter of a pound. It wasn’t really that much.

Today, supermarkets have all manner of confectionery on offer in bumper multi-packs, too cheap and tempting to turn down. And once you’ve got those sweet treats, they’ll inevitably all be eaten.

What is to be done? You can’t undo more than half a century of growing consumer choice and relative affluence. No one would want to. There’s no easy answer to such a problem. So I’ll just pop in a Fruit Salad and chew it over.