Swim girls lose out in the transgender trap 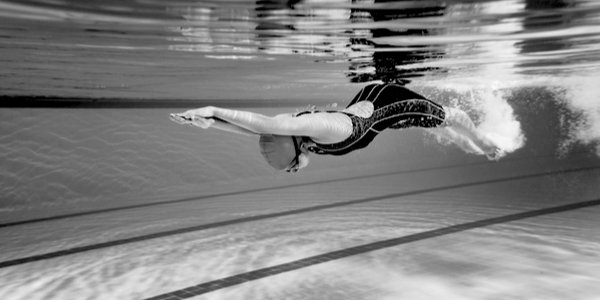 LIA Thomas, a 22-year-old American student who swims for her college team at the University of Pennsylvania, has been getting lots of attention, firstly because she smashes records and secondly because until recently she was a young man.

As a six-footer weighing an estimated 12 stone, she crushes the girls competing against her in the pool. A mediocre performer when she competed in the men’s team for three seasons, she’s been an all-conquering star since changing her sex identity. According to progressive orthodoxy, this is fine.

There are videos of Thomas’s races in which she slices through the water like a torpedo, far ahead of the biological girls. Trans activists think she’s something to celebrate and a vindication of their cause because she’s allowed to race.

How scandalously unfair is this, together with the whole issue of trans men competing in women’s sports where biological women, who have trained as athletes since they were children, have no chance of beating them?

Thomas has thanked her coach and team-mates for what she calls their strong support which has made her very happy, and liberal university administrators have warned the girls not to talk publicly about any grievances; though why would they want to if they’re really supportive?

Biological women are trapped by the total veto imposed by progressives on criticism of any aspect of men’s transgenderism, no matter how detrimental it is to them. At least two aggrieved female swimmers on Thomas’s team have complained to the media but anonymously, terrified of what might happen to them at their university and on social media if their names were known.

The authorities who run women’s sports are as cowed as everyone else by anti-discrimination orthodoxy. They bow to the fiction that a male body becomes a female body on its owner’s say-so despite the difference in physique which remains even if the athlete follows hormonal therapy. But wait – aren’t the biologically female swimmers being discriminated against?

Hopefully, the Thomas case will begin to change attitudes. If this means a head-on confrontation with the absurdly tyrannical transgender lobby and its demand for unique privileges that deny women’s rights, that can only be a good thing.

Childhood transgenderism is an issue separate from adult transgenderism and should be treated separately. But it is also important to recognise there is an essential difference between men who transgender and women who do so.

Women who become male are a threat to no one. They generally don’t want to compete one-on-one physically in competitive men’s sport where they would be at a disadvantage. Billie-Jean King defeated Bobby Riggs in a tennis match they played for a bet. Had they met when both were in their prime in a Wimbledon final the result would have been different.

Men who transgender are a threat to women in any area of life – such as unisex bathrooms, sports or incarceration in women’s prisons, where rapes have occurred – where their retained physical strength puts biological women at a disadvantage.

The transgender lobby claim that sex change rights are an equality issue when they clearly are not since they blatantly discriminate against biological women. It needs to be made clear that there are some things that men who transgender cannot be allowed to do. Competing in women’s sports with an unassailable advantage is one of them.

The idea that we can have a world in which no discrimination exists is as fatuous as any other absolutist claim. Forms of discrimination are practised throughout society as a matter of course with official approval. As far as trans men competing physically with women on equal terms is concerned, anti-discrimination has reached its limits.

Last June, Lia Thomas told the student newspaper Penn Today that swimming had ‘been my life’ since she was five years old.

‘The process of being trans and continuing to swim was a lot of uncertainty and unknown around an area that’s usually really solid,’ she said. ‘Realising I was trans threw that into question. Being trans has not affected my ability to do this sport and being able to continue is very rewarding.’

Not so much for her always defeated female competitors.