NewsPaperthe art of publishing
HomeNewsSylvia Plath – the feminist legend, not the reality
54

Sylvia Plath – the feminist legend, not the reality 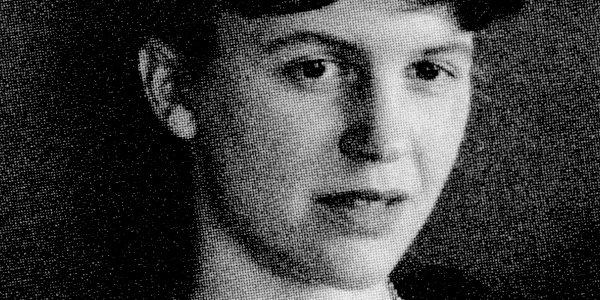 Sylvia’s mother, Aurelia Plath, once said that her daughter’s problem was that she had no balance, she ‘exaggerated everything’. She would have got along with the director of this BBC documentary, Teresa Griffiths, and all the other reverential talking heads taking part, mostly women. But then the life of poet Sylvia Plath is one of our most popular and inflated myths: most outstanding poet of our time, the publishing world at her feet with her first novel, The Bell Jar, deliberate destruction by cruel, jealous husband and fellow poet Ted Hughes.

The makers of this programme adore Plath as a huge feminist icon, and they want a very large villain to blame for her early demise, by her own hand, in 1963. Not Hughes this time, but America itself. ‘It was not a good time to live as an American if you were African American, gay, trans, a woman or Jewish,’ intoned Dr Heather Clark, professor of contemporary poetry at the University of Huddersfield. As she spoke, Norman Rockwell-style white people in lovely clothes, women in hats and gloves, men driving luxury Buicks, children enjoying milkshakes and diving into swimming pools, flashed past on our screens. When the unfortunate Americans weren’t out doing such things they were staying home enjoying cakes made by Mom using her electric hand-mixer, something we didn’t get in the UK for another generation.

‘America displayed strength and prosperity, and had a sense of post-war optimism,’ said Clark ominously. But do not be deceived. Clark and other academic women warned us that ‘America was a prison’, at least for women. We are told that Sylvia grew up in a time of ‘chastity,’ ‘stability’ and marriage, when a woman’s role was clearly defined. Her status lay in motherhood and the future poet became so deeply distressed at the prospect of having to find an eligible ‘Mad Man’ for a mate that she lost her whole joy in life.

It seems what fatally depressed her was knowing that she lacked the same opportunities as men. ‘I need most someone to love me,’ she wrote in one of her diaries, but the programme-makers insisted that what she needed most was a brilliant career and what she craved most was ‘financial independence’. It was interesting to hear her quiet voice telling her own story. One wonders if she was ever really listened to, then or now. She spoke of a girl from an ‘out of the way town, so poor that she couldn’t afford a magazine’, who ends up in New York on a scholarship. ‘Suddenly you’re steering New York, but I couldn’t even steer myself.’ She got there in 1953 with twelve other talented girls who’d won a month’s work on Mademoiselle magazine, which combined high fashion with literary content. The girls all lived together in the Barbizon Hotel. The voice-over commented scathingly how they were kept under supervision, their parents reassured that no men would despoil their daughters. Virginity at the time was at a premium, just one of the injustices, the ‘double standards’, as one contributor put it, that Sylvia had to struggle with. In an odd scene, an actress playing the poet stared glumly ahead as if she was having an eye test while an eager young man took his pants down to show her what a man looks like. ‘Turkey gizzards’ was her opinion.

In New York the oppressed virgins had all their expenses paid, beautiful clothes, free sessions with top hair stylists and make-up artists. As she wanted to be a novelist, Sylvia was sent to interview the writer Elizabeth Bowen. In case we think that was any kind of privilege, the voice-over warned us that women wanting to be intellectuals and write books ‘were not encouraged’.

Despite all the oppression, Sylvia enjoyed extreme social mobility. In 1955, she got herself to Newham College, Cambridge, on a Fulbright scholarship, where of course a year later she met Hughes. The lack of any real exploration of what went on inside her head was extremely disappointing. There was no examination of her unhappy relationship with her mother, who was ashamed of her daughter’s mental illness, and most surprisingly, no word about the impact of her father’s death when she was eight. Her mother recalled that on hearing the news Sylvia said bitterly, ‘I’ll never speak to God again.’

His death pitched the Plaths into near-poverty. Sylvia started to suffer from the depression which lasted her whole life. As an adult she compulsively sought out father figures and dedicated her final poem Daddy to her lost ‘abandoning’ father. He and God, like other erring males, were left well out of this biography. The poet Al Alvarez, who knew Plath well, has commented on her destructiveness but he was not mentioned in the programme, despite the fact that even fond old boyfriends mention her efforts at self-slaughter, which started early. She tried it by jumping, drowning, cutting and taking pills, finally succeeding in 1963 by gas. With no analysis of her childhood, the programme seemed to say it was living in an age before feminism that drove her to suicide.

It was delightful to see the glamorous archive film from the 50s, although we were intended to disapprove, and to hear Sylvia Plath’s own soft voice, but this study gave her whole being a soft focus, treating her as an icon on to which the director and her team could project their own views. We were left with the idea of a woman destroyed by a collection of social constructs. Perhaps this is Plath for the age of Trump where America and its men are to blame for everything. Or in this new age of feminism her legend and the idea of her legacy is more important than her actual life or her work. In her short life she struggled hard to find her true self and be heard. In death she may have disappeared altogether.