Tackle the statue bashers before it’s too late 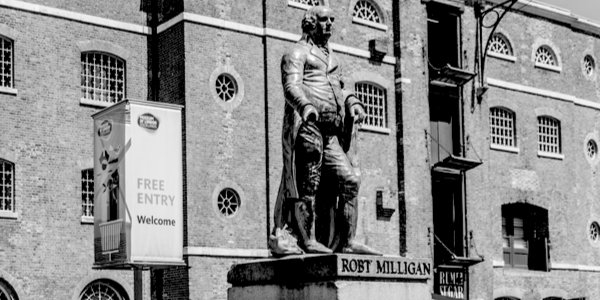 SHORTLY before the General Election, I published a book looking at what the future could be like in a Corbynite Britain. One section predicted how Marxist-driven guilt had expunged statuary from public spaces. Even Abraham Lincoln had been removed from the former Parliament Square because of his association with the Black Hawk War.

Despite the election result, what seemed fanciful then is less so now. Recent demonstrations have left graffiti scrawled not just on the great emancipator, but on the slave-trade disrupter Palmerston opposite. A spray-painted message nearby orders the passer-by to ‘educate yourself’. This Ozymandian order has been issued shorn of any sense of unadulterated irony.

The trigger has turned out to be not some Confederate general, but a trader in Bristol. On one level this is no great surprise. I remember unexpectedly encountering the Edward Colston statue myself many years ago. The narrative around it was diffident. The city guide map explained in passing that it was considered contentious and there was some discussion about its future. There may well have been a line on a display board briefly acknowledging the controversy. I seem vaguely to recall commenting that his philanthropic contributions must have been massive for it to be a matter of debate. Yet controversial as it was, it did not motivate me unilaterally and arbitrarily to transform the artefact from an item of architecture into one of marine archaeology. That’s what council elections are for.

It’s also worth considering what English Heritage did with their listing of the statue on the bicentenary of the abolition of the slave trade. They did not rescind its status as a scheduled monument, since the historical nature of the statue had not changed. Their entry was, however, updated to take account of recent research. This could have been more sensibly pursued by the local council, for instance through fresh panelling as a route to inform and encourage reflection. The problem otherwise with wanting to hide away unique (as opposed to mass-produced) statues is that future generations lose the context and with it the lesson of history.

Toppling a single statue could be the result of a mob. But mingle with the radical fringes of the crowd and you can see with your own eyes there is also something else going on. We are witnessing a new wave of a Kulturkrieg. A small number of individuals are violently pushing their agenda, seeking to smash the settings on society’s defaults. Street-pounding Marxist-Leninists see it through the prism of Vanguardism; the Anarcho-Left merely as a precursor. Both minority groups have seen in these mass protests (as in others before) an opportunity cynically to hijack a cause. Statue-bashing is part of the same culture war that is pushed in schools and communities, to unroot people and thus make a destabilised society malleable in their preferred image.

This is emphatically not to say that this is the same objective as the majority of people who turn up to protest at a grave injustice and against a criminal act (albeit one in a foreign jurisdiction: neo-liberal imperialism is a strange beast). But the existence of these groups and their clear willingness to engage in assaults first on monuments and now on police should alert us to the risks that follow from letting their agenda escalate beyond challenge.

The Mayor of London has announced that he is joining the bandwagon, setting up the pompously titled Commission for Diversity in the Public Realm. Never mind that this infringes on responsibilities that fall under local council purview; the agenda in itself is straight out of a 1980s outraged Sun front page. It transpires that there are not enough landmarks to represent diversity, including the LGBTQ+ community and disability.

I might have some sympathy for this review if it were clear the panel would represent a true cross-section of UK society, one that included cynics of what used to be known as the ‘Loony Left agenda’. But I’m afraid we all know how this will work out. It will end up being dominated by some professor of Gender Studies alongside radical campaigners, colonial guilt trippers, and some trendy woke clueless – those who want to rewrite history rather than encourage people to explore it from a balanced and truly critical perspective, and in full.

Statues can play an important role in a community. They can serve to inspire, to honour and to remind. The problem is that human beings tend to be flawed, particularly the further back in time you go. That’s a real issue if you are ashamed of your country and live in a land of no heroes.

The temptation will probably be to erect memorials to people who are too recent to be widely inspiring, or to honour abstracts. The Gurkha memorial off Whitehall does this successfully, a generic approach familiar through war memorials generally. No doubt a Sikh soldier memorial would too, which looks like one of the few commendable ideas that has yet come out of the Mayor’s musings.

If the story deserves telling, and you want to be thematic rather than personal, then be innovative and engaging by capturing a moment in time. Consider the remarkable example of the animal rights campaigners and what they did with the Brown Dog Statue. Their original monument linked a cause with an event; the repaired memorial revisits a moment in time and space. It intrigues, educates, and inspires you to learn more. The City of London’s Gilt of Cain is not to everyone’s artistic taste, but it challenges and cleverly evokes.

But many abstracts don’t. Take the example of the statue near Stockwell tube station of a woman holding a baby. This was described as ‘a tribute to the diverse communities that make up British society and a symbol of the potential of women everywhere’. But it tells no story. It is riven of context and of inspiration. It fills space rather than narrates. If it is still permitted, then I shall add a personal opinion: that it is not very good. What a contrast to the astonishing Mary Seacole statue/Crimean ground cast outside St Thomas’. Stockwell was a lost opportunity and there is a real risk that London will see many more of them – this time at public expense.

Our iconoclasts are not too bright. They want to turn our public spaces into the fourth plinth, but without the inspiration. I do hope London’s Mayor takes heed, and dares to be intellectually inclusive when selecting members of his commission. Let’s not pile insult on  to injury by further rewarding unsanctioned vandalism with politically-correct mediocrity.