NewsPaperthe art of publishing
HomeNewsTake off that pith helmet – unless you’re brown or black!
162

Take off that pith helmet – unless you’re brown or black! 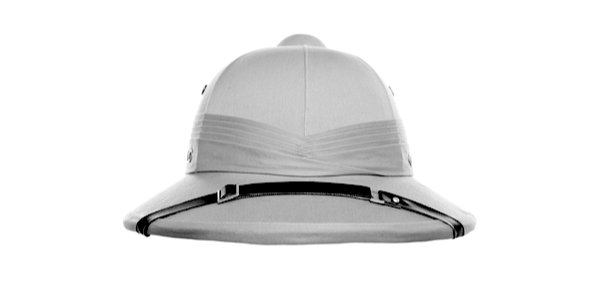 AFTER ignoring warnings about what I was to see, I found myself enjoying The Singapore Grip, a new Sunday night series on ITV. I hardly ever watch TV drama any more, certainly not from the BBC which recently trashed Howards End and can no longer be trusted anywhere near Dickens. Recent BBC attempts at period drama have been like listening to an orchestra not only flay a favourite piece of music but change the tune out of all recognition. This is no accident. Piers Wenger, head of BBC drama, who gave us a black Mrs Cratchit in A Christmas Carol, wants every second poke bonnet on screen to have a black face poking out from under it, and proudly rejects the idea that there’s any need to adapt literary texts ‘faithfully’.

This six-part ITV production of the 1978 novel by J G Farrell seemed to respect the novel and its author rather than distort it to score woke political points or to fit contemporary political correctness.

Farrell was anti-colonialist and we were presented with a rather unpleasant group of white fat cats with no idea they were about to become the starving slaves of the Japanese. Their ugly colonial snobbery and reckless ineptitude was shown with a satirical light touch, gradually revealing how their folly was leading to a collapse which Churchill called the ‘worst disaster and largest capitulation in British history’. We saw the military situation handled lamentably by Major General Arthur Percival, played by Richard Lumsden, the man
who’d also been in charge of the ‘Black and Tans’ fiasco in Ireland. This was all set against a glorious soundtrack from the 1940s, not the intrusive soaring violins now common in TV drama to ensure the right level of emotion in the putative international audience.

My satisfaction at this Sunday night delight was short-lived as I made the mistake of looking at Twitter and found a cold shower of hatred raining down on the series. Tweets roughly divided into people no longer familiar with serious TV drama complaining that it ‘wasn’t like Downton’. They were baffled by Sir Christopher Hampton’s ‘flat script’, unable to cope with anything oblique. Another said it was ‘boringly well-acted’. The rest, the majority, knew nothing about the British Empire except that they hated it, and if any aspect is being shown on TV using white people it must be ‘racist’.

One of the most vituperative was Daniel York, a half-Chinese actor, who recently added ‘Loh’ to his name. Unable to stomach a drama focused on wealthy white people, York accused the series of ‘erasing the east Asian population’. BEATS, a ‘not-for-profit advocacy organisation founded by British East and South East Asians working in the theatre and screen industry’ denounced the show’s ‘harmful non-representation of Asians’, calling it ‘deeply upsetting’.

BEATS said: ‘In a landscape where the Black Lives Matter movement has placed this country’s problematic view of its own colonial legacy firmly under the microscope, an expensively mounted TV adaptation of J G Farrell’s satirical novel, with colonial Singapore as its exotic backdrop, is a kick in the teeth to the UK’s East and South East Asian community.’

It deems the novel to be ‘fatally undermined by its 1970s race and gender mores’. Back then we could laugh at British colonialists but strangely even that white self-criticism is now forbidden.

Worse, the BBC are also attacking the series out of jealousy or genuine woke commitment or both. They gave Daniel York Loh a platform on Radio 4’s Front Row before the series began.

‘A cosy post-colonial story’, said a review in the Telegraph by Anita Singh. How it was ‘post-colonial’, being set in a time when the British Empire was intact, she didn’t explain, disgusted as she was by its ‘half-hearted attempts at diversity’.

It’s difficult for white people to win this kind of argument. The BBC recently showed A Suitable Boy, a prime-time drama with an all-Asian cast, but Guardian critic Chitra Ramaswamy complained: ‘It’s ground-breaking in its casting yet this adaptation of Vikram Seth’s tome still feels uncomfortably old-school. This may be the first Indian period drama of its kind in British TV history, but it remains an India that a British audience is used to seeing.’

Not only may British people not appear in a series, their viewing ability is suspect too. ITV’s attempt to adapt a novel as it was written by its author in the recent past is under attack. The story is about the British Empire, but white people who created the reviled thing are no longer allowed to be central to the story. Farrell is criticised for not writing more about Asian people – though if he had he would surely be attacked for ‘cultural appropriation’.


The BBC is wilfully committing suicide for the sake of its obsession with race. If ITV cannot see past this and are browbeaten enough over this series, we may never see a historically or textually accurate TV drama again. Instead audiences will be treated to an endless stream of propaganda which deliberately distorts the truth about Britain’s history, people and culture.

The situation of both TV channels sent me very sadly to bed.