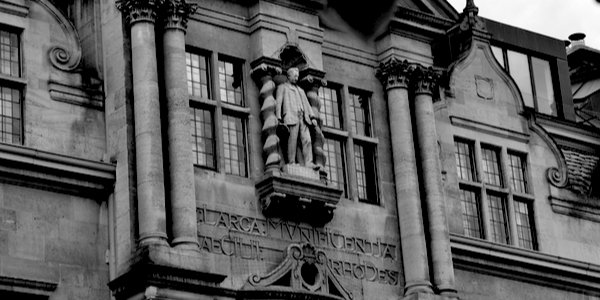 THERE is some good news at last in the culture wars: the Oxford University statue of British imperialist Cecil Rhodes is staying in place at Oriel College. This is the first major victory against the fanatical ideology that wants Britain’s history erased by those who don’t even like the country they live in.

This isn’t necessarily a defence of Rhodes – whose legacy was far more complex than many give him credit for, as Professor Nigel Beggar has explained very well – but a rebuke to the statue topplers, and the forces around them, both in politics and in British public life.

This is especially true in the case of the Rhodes statue, because all the signs were that it would go, unlike other saved statues such as those of General Buller in Exeter and Robert Baden-Powell in Dorset. The radical Left who back statue toppling (from Afua Hirsch to Novara Media) had Rhodes in their crosshairs for the longest time. A previous campaign to have the Oxford statue removed failed in 2016,  but in his Hertfordshire birthplace of Bishop’s Stortford, the Rhodes Arts Complex was renamed last year.

The fact that despite all this the statue didn’t come down is a testament to government and public pressure on Oriel College. The college’s own commission on the matter showed that 86 per cent of the those who contributed to it backed keeping the statue, including 98 per cent of nearly 1,000 members of the public who submitted responses.

This sort of behaviour clearly has no mass support across the country. The problem is that it makes total sense to the activist elite who are responsible for much of Britain’s cultural life. They see it as a way of fixing and improving a country that they believe is at best flawed, and at worst has an irredeemable past.

Many of them presumably admire Maoist China’s similar quest to purify the country during the Cultural Revolution, ignoring all the mayhem caused, the regrets of many involved decades on, and the huge death toll while the Great Leap Forward was taking shape.

The behaviour of those who favour statue toppling is a blessing to some politicians. While there are such symbolic victories, activists will not ask why real problems are not being solved. Thus the Labour London Mayor Sadiq Khan has assembled a ‘task force’ for a statue-toppling circus while violent crime and poverty continues to grow in much of the capital.

The Rhodes Must Fall campaign has predictably taken the Oriel College decision as a slap in the face. However it shows that there is still fight in a public sick of such antics when their lives aren’t improving.