Take the jab and win a sausage sandwich 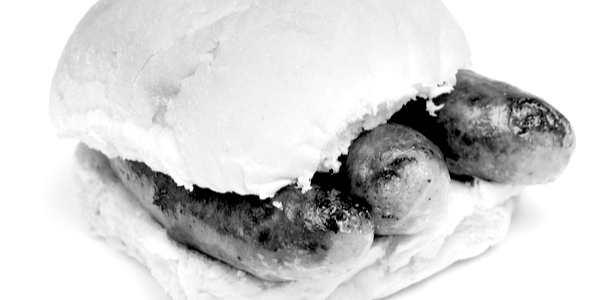 WHAT do we make of the worldwide Covid incentives to get the ‘clot shot’? You wouldn’t believe how cheaply some folk, across all nationalities, are prepared to sell their soul (or indeed their future health and wellbeing).

What would it take for you to consider taking a chance on the mRNA experimental shot? It’s just a little prick, after all, over in seconds, and with the Yellow Card health reporting system showing only around 1,500 fatalities and 1.1million adverse reactions, those odds are worth taking a punt on, surely? I know, I know, it’s believed that those figures are a gross underestimate and the true numbers could be anything between ten and 100 times higher but let’s not quibble . . . there’s some good stuff on offer out there!

Now anyone reading this is more than likely anti-jab. You’ve done the research, you’re familiar with the nature of this brand-new experimental shot and you consider it potentially dangerous. But, all things considered, what would tempt you to lay down your doubts and succumb? How about a hundred pounds cash? Two hundred? One thousand pounds? Surely a cool million would do it? Just think of the life-changing possibilities of a sum like that.

Realistically there’s nothing like that on offer in the UK but let’s consider some of the incentives on offer across the world . . .  you may wish you lived in a different country.

The US, as in most things, leads the way with jab prizes. Across the states you can get anything from college scholarships, guns, cash ($100 as urged by Biden and $1,500 by two former presidential candidates), beer, Super Bowl tickets and be entered in sweepstakes and lotteries for cruises, foreign holidays, luxury cars and gym memberships. Believe it or not, there are reduced prison sentences of up to 50 per cent. The list goes on. A cynic might think that the jabbing totals are falling way short of the globalists’ requirements and that they are running scared. I just think they are being supremely generous, caring and have our best interests at heart, as is their corporate nature.

China has some corkers. If you have two jabs in parts of Beijing you can claim two cartons of eggs. Elsewhere you can get chicken wings, flour or free entry to parks.

India has chosen gold nose pins for women and ‘hand blenders’ for men. When Gordon Brown sold off our gold reserves for next to nothing did India buy them? And before I move on, just what is a ‘hand blender’ for men?

In Thailand you can be entered into a draw to win a cow. Serbia is offering 3,000 dinars, which sounds a lot but is equal to $30. An Australian union wants half a day’s paid leave for taking the shot.

Russia hands out five cars a week to Moscow residents. Londoners can get free pizzas and coffee. Typical British meanness . . . a slice of pizza as against a free gun in America.

The most unusual incentive is probably from a Philippines property developer who is offering a house and plot plus two motorcycles . . . it’s the motorcycles that clinch it.

The most frustrating prize probably comes from the Netherlands. You can get free ‘soused’ herrings if you take the shot. Apparently, one punter asked for ‘pickled’ herrings and was told in no uncertain terms that ‘it’s soused or nothing’. It’s not recorded whether or not he told the jabber to stick the needle where the sun don’t shine.

In Romania the queues started to form the moment it was announced that barbecued sausage sandwiches would be given away. A sausage sandwich! Doesn’t the mind just boggle! A piece of minced meat in a bread roll for my life?

So there you have it. The world has gone stark raving bonkers. If you are anything like me, you will marvel at the sheer hypnotic brainwashing that has affected great swathes of humanity. It truly is frightening what is taking place across the world, and I have to say that writing rubbish like this helps me to deal with it. No doubt you, like me, wouldn’t take the shot for anything, not money, not motorbikes, not even a soused herring or sausage sandwich. Our price is our continued good health, our desire to see humanity survive, our disgust for evil and our deep conviction that, eventually, right will conquer might. We can’t put a price on that, can we?

Share
Facebook
Twitter
WhatsApp
Email
Previous articlePenn plays the hard man on jabbing
Next articleThe big question: Why should someone who has had Covid need the vaccine?