AS we near a point of no return with Brexit, Project Fear is back with a vengeance. Amongst the latest ludicrous stories are warnings that a no-deal Brexit will result in a lack of sperm at IVF clinics and that we will run out of toilet paper.

More worryingly, a few days ago the Daily Mirror ran a deeply irresponsible and misleading article with the headline ‘No Deal Brexit could put thousands of people at risk as life-saving drugs run out.’

I was incandescent when I read it, as there is simply no truth in this. It’s a scare story which can only be intended to whip up a climate of fear amongst the most vulnerable. It is playing politics with lives. I say this as a medical doctor and an MEP.

Since I was elected as a North West MEP for the Brexit Party over four months ago, I’ve held a huge number of meetings with representatives of the pharmaceutical industry, the NHS and various parties with vested interests. The overwhelming message I have heard back time and again is that robust planning is in place to cope with no deal.

There is a current shortage of some medicines but it has nothing to do with Brexit – we haven’t even left yet. It is due to a perfect storm of manufacturing issues, supply chain problems and market forces.

One thing I cannot repeat enough is that medicine does not revolve around Europe. It is a global industry and it is flexible. It is also in the interests of both Europe and the UK to ensure that trade between the two continues seamlessly.

We export more pharmaceuticals to the EU than we import. If trade barriers are put up it will be Europe and not just the UK that will suffer.

Nor should Europe underestimate the power of the UK Pharma industry. It has a market share of £41.8billion. The UK is home to GlaxoSmithKline and AstraZeneca, the world’s fifth and sixth largest pharmaceutical companies. Foreign companies with a major presence in the UK include Pfizer, Novartis and Roche.

Although currently 73 per cent of pharmaceuticals in the UK come from EU countries, this is a declining share. A third of the world’s generic medicines are made in India and by 2050 this proportion will be half. We can also import many drugs from Japan, Switzerland, Israel and the United States.

Make no mistake, Europe is heavily reliant on the UK for other reasons. Regulation of drugs across the EU currently falls under the European Medicines Agency (EMA). This is a devolved body made up of 28 member states plus Norway, Liechtenstein and Iceland. The UK has its own regulatory body, the Medicines and Healthcare Products Regulatory Agency (MHRA).

The headache for the EU is that the MHRA leads 25 per cent of all EMA assessments of pharmaceuticals. We are a leader in pharmacovigilance, the practice of monitoring the effects of medical drugs after they have been licensed. It would be impossible for the EU to cut out the MHRA post-Brexit as it simply does not have the facilities or testing sites to ensure that medicines are safe.

Furthermore, since the UK already conforms to EU standards, mutual recognition of standards would be simple to implement.

That is all quite apart from the fact if we do move to a no-deal Brexit there are 10,000 tariff-free medicines under WTO rules as well as interim free tariffs under Article 24 of the GATT agreement.

The European Federation of Pharmaceutical Associations and Industries (EFPIA) has confirmed to me in writing that ‘robust preparations’ are in place in the event of a no-deal Brexit. It has also confirmed that the EU does not have the necessary facilities to move production and testing completely out of the UK. It has gone further and called on the European Commission to ensure the free movement of medicines even in a no-deal scenario.

I have spoken to the largest insulin supplier to the UK, Novo Nordisk, which has confirmed that insulin has been stockpiled. Diabetes UK has confirmed this, stating that it has a 16-week stock of insulin and will continue to increase that stock if necessary.

I have had meetings with major European pharmaceutical companies, all of which have told me that it will be business as usual. As one put it to me, ‘The UK is too big a market for us to lose.’ They need to sell us their drugs.

The Government has done its bit. It has set up round-the-clock supply chains to ensure medicines are available in the UK, including freight services with documentation to cross borders in under 24 hours, and it has been stockpiling between six and 52 weeks worth of medicines. It has introduced a ban on parallel importing (the practice of companies importing medicines for the UK, then exporting them for a higher price to another EU market) of certain drugs. The Association of British Pharmaceutical Agencies (ABPI) has welcomed this.

Finally and most importantly, I met the NHS Confederation at the European Parliament in Brussels. This is the umbrella organisation, representing commissioning bodies, CCGs, NHS Trusts, Mental Health Networks and NHS employers. It is apolitical and the independent voice of the NHS. It said robust plans are in place in the event of a no-deal Brexit. It also believes that not enough is being done to highlight the damage that will be done to EU healthcare systems by the UK leaving.

I was told that though the UK has stated that it will continue to follow the standards set by the EMA, the EU has not confirmed it will follow suit.

Much work is still being done to ensure patients can get the medicines they need in the event of a no-deal Brexit. However, having seen the data and held meetings with the various companies, I am in no doubt that we are prepared to leave. What we need now is for the media to stop scaring patients and doctors alike. 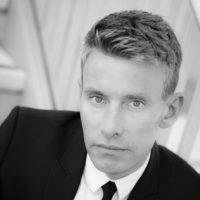 Dr David Bull
Dr David Bull is a medical doctor and TV presenter who was elected a Brexit Party MEP for the North West at the 2019 European election.