NewsPaperthe art of publishing
HomeStatesideTaking the milk out of babies’ mouths: Food shortages are the new...
179

Taking the milk out of babies’ mouths: Food shortages are the new globalist weapon 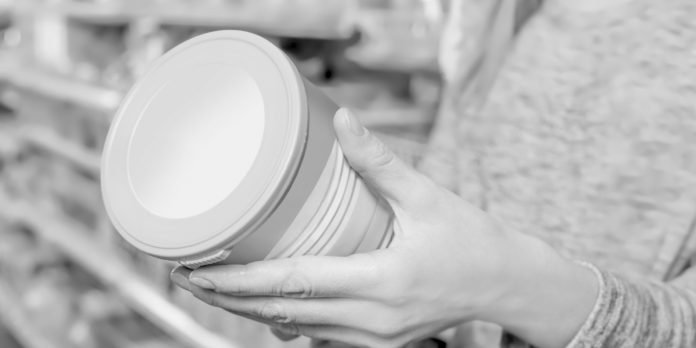 ARE you getting used to the Great Reset? How are you liking the New World Order built on globalist diktat, infection, mass poisoning by inoculation, inaccessible healthcare, inflation, draconian policing, shortages, uncontrolled migration, fear, more fear, and war…

You’ll doubtless be prepared for what’s coming next. It’s not a secret – Bill Gates and his World Health Organisation cohorts have already told us. The next viral releases – Hantavirus, Nipah virus, Marburg, whatever – are all primed and ready to go, together with monkeypox and avian bird flu. All come packaged with their own ‘off the shelf treatments’ from Big Pharma, all guaranteed to be equally as effective as the Covid jabs.

Supply chain problems are already here and will worsen, depending on whatever the next emergency is, and the UK is as well prepared for them as it is for shortages of fuel, gas, and electricity – which is to say not at all.

Now we are being told that a major food crisis is inevitable. Speaking at a Nato conference in Brussels on March 25th of this year, Joe Biden said: ‘Regarding food shortages – yes, we did talk about shortages, and they’re going to be real.’ He’s a man of his word.

Previously the blame was put on  ‘climate change’, Brexit, shortages of foreign hands to pick and harvest crops, not enough lorry drivers, lockdowns, the ‘management’ of Covid, and the mass culling of chickens due to bird flu.

Now the war in Ukraine and sanctions against Russia are delivering shortages of gas, oil, and wheat. Russia and Ukraine together are the largest exporters of wheat and other grains in the world and Russia the largest exporter of oil and gas. Their impact on global logistics and food supply is immense.

At the same time, food production and processing facilities in the US seem to be spontaneously combusting. Since August last year, more than 16 such plants have been damaged by fire.

In September, a meat processor in Nebraska lost five per cent of the country’s beef supply. In March this year, a frozen food plant in Arkansas and a potato processing site in Maine both burned down. Last month, two planes crashed into two food plants, causing massive destruction – one at a General Mills facility in Georgia and another at a potato processing unit in Idaho.

Florida is having its worst orange crop in 70 years, with 90 per cent of trees affected by ‘citrus greening,’ a disease spread by the invasive Asian citrus psyllid bug, which was first found in China, then India and Saudi Arabia. Today, every citrus grove is infected. The impact on farmers already suffering from Covid restrictions is disastrous.

Russia and Belarus are two of the biggest global exporters of fertiliser and fertiliser-related products, accounting for 10billion dollars activity per annum. The war and the sanctions have damaged the fertiliser market, with prices hitting all-time highs in March.

Now it’s baby formula milk, with shortages across the US since February this year. CBS News reports that some 40 per cent of top-selling formula products were ‘out of stock’ at the end of April, according to an analysis from Datasembly.

The Wall Street Journal suggests two reasons for the shortages. It says supply chain issues caused by the Covid-19 pandemic worsened after Abbott Labs, a major formula manufacturer, voluntarily recalled some products and closed a plant in Michigan. Then there was a Food and Drug Administration investigation into complaints related to four infants who were hospitalised, two of whom died.

The White House reaction last week was woeful, with the tone-deaf press secretary Jen Psaki saying the government is ‘doing its best’ and that manufacturers are working at full capacity. In a national health emergency she went on to hint that some mothers are hoarding formula.

But, as with everything in the Magic Kingdom of Biden, things are not what they seem. The legacy media are slow to show locked cabinets in Walmart and empty shelves in other stores, though news that the government is transporting supplies of baby formula to border migrants is beginning to leak, as Tucker Carlson reports.

Eric Boehm, writing in Reason , confirms that although some of the shortages stem from the closure of the Abbott plant, there were already longstanding market problems. A closer look at US trade and regulatory policies shows that government is primarily responsible for the shortages.

According to the New York Times,  ‘baby formula is one of the most tightly regulated food products in the US, with the Food and Drug Administration dictating the nutrients and vitamins, and setting strict rules about how formula is produced, packaged, and labelled’.

The US formula market was valued at 3,653million dollars in 2019 and projected to reach 5,811million dollars by 2027. The Covid-19 pandemic brought an upsurge in demand due to panic buying on the back of shortage fears.

Rising numbers of American parents are sourcing ‘unapproved’ European formula, even though it attracts an 18 per cent tariff quota. Some are desperate for supply, but others choose European brands because they offer options such as goat’s milk or milk from pasture-raised cows, which are ‘rare or non-existent in an FDA-regulated form in the US’.

Others consider EU products to be of higher quality due to stricter content regulations, including important levels of DHA (an omega-3 fatty acid), which are not required in the US. Almost no American baby formula would meet EU standards and many parents worry about adulteration.

Americans pay well over the odds for European formula, with one website selling product from Germany at 26 dollars for a 400-gram box, about four times the price of the top US formulas.

In April 2021, US Customs and Border Protection agents in Philadelphia seized 588 cases of formula worth around 30,000 dollars. The formula was said to have violated the FDA’s ‘import safety regulations.’ According to Twitter chatter, the FDA issued a fake recall of European formulas in 2021 and has regularly seized legal personal-use shipments.

Plain old natural disaster coupled with bureaucratic interference is not what is going on here. The US baby formula shortage is neither due to incompetence nor maladministration – it is an attack on the most vulnerable in society; part of a deliberate policy to keep chaos bubbling at peak in the service of the Great Reset.