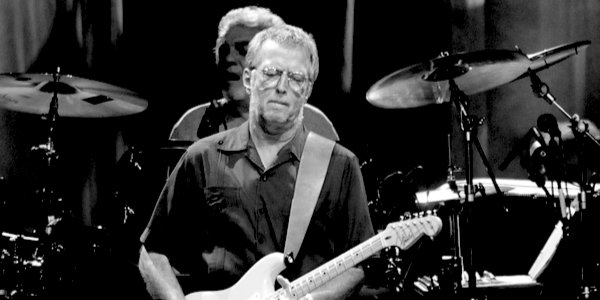 ROGER Meddows Taylor OBE, the drummer with Queen, thinks that the unvaccinated are ‘pathetic’ – nothing personal,he just doesn’t want them to attend his shows. He needn’t worry about me – wild horses and all that.

PA media reports that Taylor considers coronavirus passports to be a ‘great idea’ and is insisting that fans produce them to access his current solo tour of the UK.

‘The anti-vaxxers I don’t get,’ he says. ‘I don’t understand that at all. It seems to be born of pure ignorance and an amount of arrogance and the conspiracy theories. It’s pathetic actually. It’s a very simple thing. Here we are. I am double vaccinated. It makes complete sense to me and all this [controversy about] curtailment of freedom is absolute nonsense when you can be tracked through your phone or many other means. This supposed curtailment of freedom is a joke. I think passports are a great idea and I do think we owe it to everybody else to not spread the damn thing around.’

Taylor, 72, spent much of  lockdown at his estate in Croatia but returned to his main residence, Puttenham Priory near Guildford in Surrey, to record a new solo album Outsider, released at the beginning of the month.

With a net worth estimated at £145million, and a long-standing membership of our cultural elite, his best known effort is the noxious and repetitive ditty Radio GaGa.

Taylor excoriates fellow performers who reject ‘checking if people have been vaccinated or tested for the virus before they attend live concerts’. Those who share his stance include his fellow band member Brian May CBE, who in August condemned Eric Clapton as an ‘anti-vaxxer’.

In the Independent, May, a ‘passionate vegan, musician, record producer, author, astrophysicist, university administrator’ and all-round genius, said: ‘I love Eric Clapton, he’s my hero, but he has very different views from me in many ways. He’s a person who thinks it’s OK to shoot animals for fun, so we have our disagreements, but I would never stop respecting the man.

‘Anti-vax people, I’m sorry, I think they’re fruitcakes. There’s plenty of evidence to show that vaccination helps. On the whole they’ve been very safe. There’s always going to be some side-effect in any drug you take, but to go around saying vaccines are a plot to kill you, I’m sorry, that goes in the fruitcake jar for me.’

Delightfully, the ‘first lady of country’ added: ‘I just want to say to all of you cowards out there – don’t be such a chicken squat. Get out there and get your shot.’

Dead & Co (I am not making this up) told fans that ‘vaccinations & testing is one of the best ways to protect the health and safety of our band, crew and fans. There are no exceptions’.

Foo Fighters, led by former Nirvana drummer Dave Grohl, played a New York City concert to an audience of only the fully vaccinated.

The Killers (aptly named?) insist that concertgoers provide proof of vaccination or a negative diagnostic test within 48 hours before their shows.

Probably the biggest surprise to date is Bruce Springsteen, erstwhile ‘working-class hero’. The rebel of Born in the USA  not only requires proof of vaccination but has also limited entry to those with jabs ‘approved by the US Food and Drug Administration – Moderna, Pfizer-BioNTech and Johnson & Johnson’.

There are, however, some musicians prepared to take a stand against medical apartheid. In spring this year, Ian Brown, the former Stone Roses frontman, posted: ‘NoLockdown No Tests No Tracks No Masks No VaX #researchanddestroy’ and announced that he was cancelling his  appearance at the Neighbourhood Festival in Warrington. He received torrents of abuse for saying: ‘I will Never Ever sing to a crowd who must be vaccinated as a condition of attendance. Never Ever!’

Van Morrison has been publicly and consistently sceptical of the Covid-19 pandemic and resultant loss of personal freedoms. He has written a number of anti-lockdown songs including Stand and Deliver which have brought brickbats from online warriors and other musicians.

In August, he tweeted: ‘In an anonymously written article on the BBC website this morning, I was described as having “expressed concern” about vaccines. This is false. I am not “anti-vax”. I believe in freedom and a free society. Which means I believe in freedom of choice with regard to vaccination.’

The English duo Right Said Fred have similarly put their heads above the parapet, attending anti-lockdown marches and arguing against masking and compulsory jabs. They released We’re All Criminals to illustrate how the fabric of the UK is being torn apart. They have been royally lambasted by the media.

Eric Clapton, aforementioned guitar god, has taken up arms for truth. Revealing that he had suffered ‘disastrous side effects’ from two doses of the Oxford AstraZeneca jab, he said he feared he might never be able to play again.

He has promised not to play any venue where proof of a Covid-19 vaccine is required. He shared his sentiments with NME and confirmed that his stance has led to him being ostracised by ‘long-term friends’ and musical collaborators. His song This Has Gotta Stop has made him unwelcome in parts of the US, where he has been labelled an anti-vaxxer and a Trump supporter.

As Robert James observed in yesterday’s TCW Defending Freedom, in the good old days you could rely on rock and roll at least to pretend to rail against the establishment. Disappointingly, most ‘rock stars’ have shown themselves to be timid, compliant creatures, neutered by money and privilege. Very few are prepared to Get Up Stand Up – stand up for our rights (with respect to Bob Marley, RIP).