NewsPaperthe art of publishing
HomeNewsTamara Chabe: Beyonce is an individualist not a feminist
0

Tamara Chabe: Beyonce is an individualist not a feminist 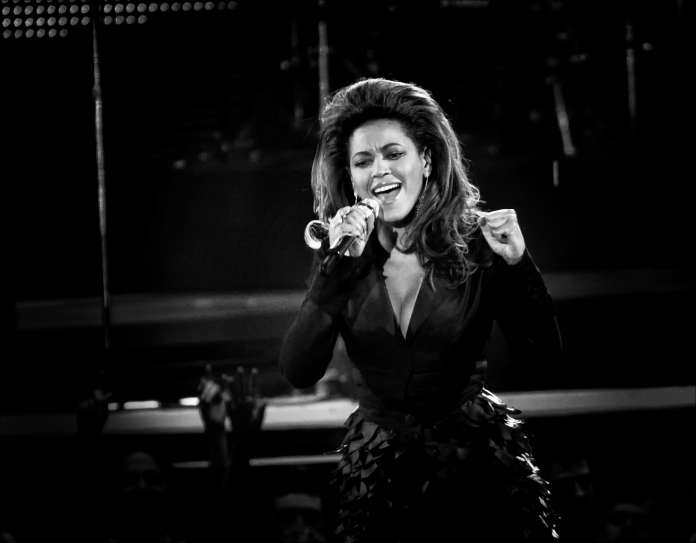 During Beyonce’s performance at the 2014 MTV music awards the words “Feminist” flashed in large letters on a screen behind her.

I’ve followed Beyonce’s career from the very beginning (since Destiny’s Child) and I first became a fan after their smash hit song “No No No” featuring Wyclef Jean was released. I like a lot of Beyonce’s early solo work and I think that her most recent album is very creative and certainly one of her best. Beyonce is very talented and has achieved a lot through hard work, drive and initiative. She has a fabulous work ethic and great professionalism.

I’m a fan of the entire Knowles family. Solange (Beyonce’s sister) has a great authentic style – I love fashion and she is most definitely a fashionista and a trendsetter. Tina Knowles (Beyonce’s mum) ran her own hairdresser’s salon and then went on to establish the ‘House of Dereon’ which is an innovative fashion label. Matthew Knowles (Beyonce’s father) sacrificed a lucrative career in sales to launch Destiny’s Child, and now runs his own record label (Music World).

It’s only in the last 2-3 years that Beyonce has started discussing feminism, but what exactly is the feminist message that she’s trying to promote?

Destiny’s Child released a song called “Independent Women” and I thought that the message was the importance of being confident, fearless and determined.

In Britain all-women shortlists are often cited by feminists within the Labour party as being crucial to achieving equality in Parliament. But surely “girl power” should mean a willingness to take on men in a selection process, and belief in one’s ability and confidence to beat any candidate, male or female?

Feminists also talk about their aim to create a 50/50 gender split in Parliament, but surely such a goal threatens the concept of meritocracy. All-women shortlists and bureaucratic targets also threaten social mobility.

All-women shortlists may also inadvertently discriminate against black and minority ethnic (BME)  men and women and white working class candidates. Many BME women I meet believe in equality of opportunity but don’t necessarily subscribe to the feminist ideals of say Germaine Greer, and as such may fail selection processes and procedures.

Beyonce said the following in a 2013 interview with British Vogue when questioned about feminism:

“That word can be very extreme,” she said. “But I guess I am a modern-day feminist. I do believe in equality. Why do you have to choose what type of woman you are? Why do you have to label yourself anything? I’m just a woman and I love being a woman.”

I understand Beyonce’s point but if she had applied to be on an all-women shortlist managed by ideological feminists, her application may have got filtered out because she failed explicitly and unequivocally to endorse feminism.

BME Shortlists are now being discussed in some Labour circles, but surely that should be deemed as evidence and proof that all-women shortlists have harmed BME men and women.

It’s clear that Beyonce is an extraordinarily gifted and driven woman, but she may never have achieved her successes if her father, Matthew Knowles, had not sacrificed so much and abandoned his lucrative six-figure sales job to become Destiny Child’s manager.

The group entered Star Search, which was an X Factor style competition, and lost. Matthew believed in the talent of his daughter and her group and took a calculated risk. Beyonce has often talked about the gruelling training schedules that her father put Destiny Child under, and the wisdom and knowledge that she gained from him. He trained and managed her and she went on to flourish and reach her full potential as a woman and an artist. By labelling her success as “feminism” it diminishes the role which her father played. Men make positive contributions.

Although Beyonce rarely talks in great detail about her relationship with her husband Jay Z, she has said that she values marriage and being a mother. She also called her latest tour the “Mrs Carter Tour”, and in fact she was criticised by some feminists for identifying as “Mrs Carter”.

Often feminists, in my opinion, can seem to dictate what they believe women should be doing and don’t value women who wish to be stay at home mothers or don’t wish to have-it-all by becoming super mums. Feminism at times can be very authoritarian and judgemental.

I’m weary of feminism not because I don’t believe in equality of opportunity but because I think that that feminism as an ideology seems too authoritarian and I’m a free thinker so I hate to get bogged down in any doctrines which might resemble groupthink.

What message was Beyonce trying to impart by showing the Feminist banner? I think that Beyonce’s life contradicts a lot of feminist ideals. Beyonce strikes me as being a classic individualist, someone who pays little attention to dogma and creates her own reality and is unafraid to go for what she wants. She’s not scared to step away from the group and form her own opinions and ideas, which is one of the reasons why she continues to push the boundaries in terms of creativity.

Individualism is not the same as selfishness; it’s recognition of independence, self-reliance, free enterprise and desire to fulfil one’s own purpose.

Beyonce in my opinion is a classic individualist.

Share
Facebook
Twitter
WhatsApp
Email
Previous articleHolly’s Letter from America: The family that dines together thrives together
Next articleDavid Raynes: Police minister Mike Penning is wrong. We should reduce the number of police forces