NewsPaperthe art of publishing
HomeNewsTamara Chabe: Capitalism not Marxism is the best antidote to racism
6

Tamara Chabe: Capitalism not Marxism is the best antidote to racism 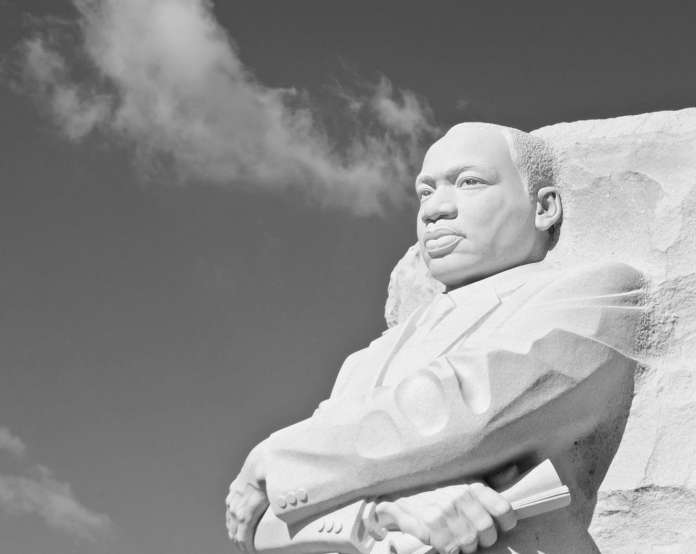 When the late Dr Martin Luther King spoke of racial equality and justice, his anti-racism message was clear, focused and inspirational.

Dr King’s message was not hate filled, and in fact Dr King expressly warned against the negative and counterproductive effects of anger when he famously said “darkness cannot drive out darkness: only light can do that. Hate cannot drive out hate: only love can do that.”

Dr King’s message of peace captured imaginations, spoke to the consciousness, and it facilitated introspection. His famous “I have a dream” speech saw him hope for a future where all races could be judged on the content of character not on the colour of their skin.

Sadly, present day anti-racism ideas promulgated by many leftist social justice advocates do not have the same coherence or eloquence, and seem to have more in common with Karl Marx’s ideas of equality, and as opposed to Dr Martin Luther King’s message.

Words like “white privilege”, “white guilt”, and “the white male patriarchy” often used by anti-racism campaigners are examples of reverse discrimination. Accusing all white people of having “privilege”, asking white men to check their privilege and assuming that only white people can be racist is racist. The white working class girls who were abused in Rotherham did not have any privilege, and it could be argued that the authorities failed to act because they were white working class girls.

In an article by Peter Hitchens entitled, “A Review of The Diversity Illusion” by Ed West, Hitchens includes a fascinating quote from Ed’s book: Ed West says ‘The New Left movement that emerged in the 1960s shifted the aims of Marxism from the economic to the social sphere. While European socialists were traditionally concerned with the plight of the workers, following the increased prosperity of the 1960s the emphasis moved towards the ‘New Social Movements’: feminism, gay rights, third-world liberation struggles and the plight of minorities and immigrants in the West. The African-American Civil Rights movement caused a major shift in the Left, with non-whites in and outside the West replacing the workers as the agents of social revolution’.

Social justice campaigners routinely state that capitalism is racist, slavery happened because of capitalism, the United States of America is racist, Britain’s history is a catalogue of hate-filled conquests, and the EU offers security, equality, safety and justice.

The idea that capitalism is racist is absurd. Capitalism and free markets has always been the best vehicle to redistribute privilege. EU-style crony capitalism and corporatism allows wealth to remain in the hands of the few well connected individuals and socialism always leads to oligarchies.

On the issue of whether capitalism and slavery are interconnected, respected black economist Walter Williams argues that, “prior to capitalism, the way that people amassed great wealth was by looting, plundering and enslaving their fellow men. Capitalism made it possible to become wealthy by serving your fellow men.”

In an article entitled “Socialist or Fascist”, by Thomas Sowell, he argues that Obama is not a socialist because he doesn’t want the government to own the means of production. Sowell states “What President Obama has been pushing for, and moving toward, is more insidious: government control of the economy, while leaving ownership in private hands. That way, politicians get to call the shots but, when their bright ideas lead to disaster, they can always blame those who own businesses in the private sector.”

In an article in Forbes Magazine entitled “The Economic Leadership Secrets of Benito Mussolini” by Jim Powell, he writes: Mussolini originated an economic system – economic fascism – that was acclaimed in his heyday, influenced US economic policy during the 1930s, and is surprisingly similar to some of President Obama’s policies. If we wish to anticipate the consequences of those policies, we need to understand where they came from and where they led.”

In the same article, Powell states: Anti-individualistic, Mussolini wrote, “The Fascist conception of life stresses the importance of the State and accepts the individual only in so far as his interests coincide with the State. It is opposed to classical liberalism [or libertarianism, as it’s also called] that denied the State in the name of the individual; Fascism reasserts the rights of the State…If classical liberalism spells individualism, Fascism spells government.”

Capitalism and fascism are not the same and it is absurd that many anti-racism campaigners equate capitalism with racism.

On immigration, the Left’s arguments in favour of EU open borders seem to also be shaped by Marxist/Leninist views, as opposed to the anti-racism ideas of Martin Luther King.

Ronald Reagan famously said that “a country that won’t or can’t control its borders is not a country anymore ‘’. The EU strips away sovereignty and reduces Britain to a mere region within a federal Europe. The EU has its own national anthem and a flag, and being part of the EU equals the end of Britain as a nation state.

The EU is a confused concept and is nothing like the United States of America. If the EU wants an EU army, then surely that would also suggest that it should also have an EU national football team, and an EU Olympic team. Unlike the USA, EU states have no shared ideals, and utopian idealism is what drives the project.

In an article entitled the “Miseducation of Trevor Philips”, Nels Abbey, states that Trevor Philips “words on multiculturalism cut deep and ring very hollow intellectually”. He also writes that black voices are completely ignored unless we speak on issues considered ours.

Multiculturalism is a process of compartmentalising people into special interest groups, with community leaders representing those groups, and group members having to toe the line. If Nels wants a society where he is viewed as an individual he should support libertarians or free market social conservatives, and oppose the European Union.

In an article entitled “Diversity has come to take on almost the opposite of its literal meaning”, Dan Hannan very eloquently sets out why some leftist ideas result in compartmentalisation of people into special interest groups and the perverse outcomes Nels complains of.

Hannan states: “Where does it come from, this curious idea that the House of Commons should mirror the country in terms of race and sex rather than opinion? Behind all the talk of ‘looking more like the country’ and ‘culling middle-aged white men’ and ‘pale, male and stale’ is the implication that the role of the legislature is to reflect rather than to represent.

Authoritarian governments have occasionally toyed with such a model. Salazar’s fascist regime in Portugal gave formal representation to different sectional interests: trade unions, municipalities, charities, universities and so on. Mussolini did something similar. And, of course, Marxism is premised on the idea of collective class interests.

Since when, though, did healthy parliamentary democracies start adopting the language and ideology of corporatism? The two ideas are not complementary; they are antithetical. Either I, as a middle-aged white man, am better represented by a young, black, female, Eurosceptic free-marketeer, or I’m better represented by (say) Nick Clegg, who is my sort of age and had a similar education. It’s one or the other”.

Present day anti-racism ideas seem to be tied up with socialism and Marxist/Leninist theories of social justice and equality and it’s no surprise that anti-racism ideas grounded in Marxist-Leninism are worsening race relations.

Modern day anti-racism campaigners want minorities to place their faith in the State, and to rely on the State’s benevolence. But history shows that statism produces authoritarianism.

Racism is real. However, giving up our freedoms and power to an EU-style bloated bureaucracy is not the solution. Capitalism has always been the best means of redistributing privilege and a return to anti-racism ideas grounded in common-sense not utopian Marxist/Leninist idealism would be welcome.