NewsPaperthe art of publishing
HomeNewsTamara Chabe: Quitting the EU would benefit Africa as well as the...
6

Tamara Chabe: Quitting the EU would benefit Africa as well as the UK 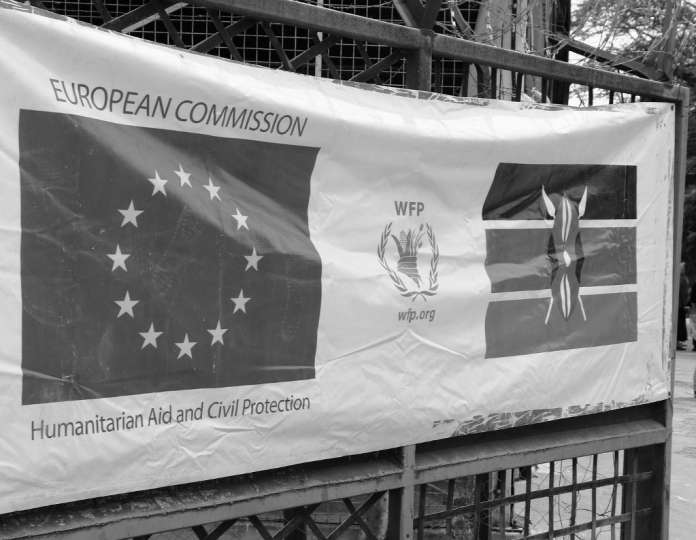 (Tamara Chabe was The Conservative Woman’s Voice for Britain at a conference on the EU on March 2nd speaking alongside Alison Pearson, Peter Oborne, Tony Parsons and Leo Mckinstry. The text of her compelling case for Brexit follows:)

In the European Parliament Guy Verhofstadt, the head of the Liberal ALDE group and a former Prime Minister of Belgium, said Britain wasn’t good enough to prosper outside the EU. He said of his own country that “at least we know that we are a dwarf”.

It seems that far too many people in the British political class accept that dismal diagnosis.

Being a child of migrants has given me a much wider perspective. Britain should be self-confidant about its prospects as a reinvigorated self-governing, global trading nation.

Britain is the fifth largest economy in the world and we export more to countries outside Europe than to countries inside. The fact is that the EU needs Britain more than Britain needs the EU.

Recent figures from the Official of National Statistics show that “sales of British goods to the EU fell 8 per cent to a six-year low of just £134 billion in 2015 – £31 billion less than in 2011 and exports to non-EU countries edged up more than 2 per cent to £151 billion.” Those statistics undermine the argument that Brexit would be disastrous for Britain’s economy.

The EU may be the world’s largest market but it’s also the world’s only declining trade bloc and its collapsing share of global GDP and sluggish growth rates have reduced its significance.

The EU is declining in importance to Britain’s economy and that trend looks set to continue. In order for us to prosper we need to trade freely with the rest of the world.

Growth rates in a number of non-EU and Anglosphere countries have outpaced the growth of EU economies, and our membership of the EU stops us from forming our own free trade deals with these booming markets and capitalising on their desire for British products and services.

A vote to leave the EU would allow us to take back control of our trade policy from Brussels, and agree our own free trade deals with the rest of the world which would give our economy a boost.

The IN camp says that we won’t have the capacity to agree a free trade deal with the EU, but given that Europe exports more to Britain than we export to them, the importance of British markets for their goods would mean that it would be in their best interests to agree a favourable deal with us.

British consumers are effectively propping up struggling EU economies, and Britain’s trade deficit with the EU is at a record high.

Calestous Juma, a well-renowned Kenyan professor on the practice of international development, recently wrote an article called “how the EU starves Africa into submission” in which he argued that there are at least three ways in which EU policies affect Africa’s ability to address its agricultural and food challenges: tariff escalation; technological innovation and food export preferences.

The impact of such charges goes well beyond lost export opportunities. High tariffs suppress technological innovation and industrial development among African countries. The practice denies the continent the ability to acquire, adopt and diffuse technologies used in food processing, and it explains to some extent the low level of investment in Africa’s food processing enterprises.

Unfair protectionist EU trade tariffs could be one of the root causes of the migration crisis where we see citizens of some African nations crossing the Mediterranean Sea.

If Britain votes to leave the EU, we could agree free trade deals with African countries. Africa needs trade not aid, and free trade would empower local economies and help to facilitate real development. Brexit would allow Britain to rekindle its links with the Commonwealth.

Brexit would also be good for small businesses in the UK. Excessive red tape harms small businesses which are an integral part of the economy and a good driver for increasing wealth, equality, and opportunity.

A vote to leave the EU would allow us to take back control over how our tax money is spent.

Britain pays around 55 million pounds a day into the EU and that is a large sum of tax payers’ money diverted into the EU’s coffers.

Fiscal responsibility is talked about a lot by our MPs, and we are continuously being told to tighten our belts, but when it comes to the EU we don’t have control over how the £55 million is being spent. There are no proper checks and balances, and the EU’s accounts have not been signed off for the past 19 years.

Taxpayers are tightening their belts at home, but there’s no way of us knowing exactly how the EU is spending our tax money, or whether the money is being swallowed up in costly and inefficient bureaucracy.

If we voted to leave the EU then we could spend the £55 million on overstretched services like the NHS.

The EU has a large democratic deficit and we essentially have unaccountable elites and bureaucrats imposing laws on us.

David Cameron’s proposed red card scheme won’t change the status quo and is simply impracticable. The chances of securing the agreement of 14 countries would be very slim.

A vote to leave would mean that the supremacy of Parliament would be restored, we could make own laws, and our democracy would be enhanced.

Leaving the EU would allow us to have a more ethical immigration policy, which would be global and not regional, similar to the Australian points-based system.

Our current system discriminates against non-EU migrants in favour of EU migrants. A fairer immigration system would see an Indian engineer having the same rights to apply to work in the UK as a Dutch engineer.

Also working class and low-wage earners have suffered as a result of free movement, which has depressed wages. A recent report by the Bank of England showed that mass immigration into the UK has depressed the wages of low-skilled workers.

Far from creating harmony across Europe, the political project is actually causing division and disharmony, and EU elites simply don’t understand the magnetic power of patriotism.

There is a rise of neo-Nazi style parties in Europe and this trend will only continue.

Fair and managed immigration is good for race relations and social cohesion.

Leaving the EU would also allow Britain to better secure its borders and decide who enters.

ISIS has said on numerous occasions that they would use the migrant crisis to stage attacks in Europe, and Merkel’s mismanagement of the migrant crisis is making us more vulnerable to terrorism. The recent mass sexual assaults in Cologne are an example of how the EU’s misguided policies are endangering women’s safety.

Britain has a number of strengths and exceptional attributes, some of which may have just become unappreciated wallpaper to some citizens, who have never looked at Britain with the benefit of a wider perspective.

I give Cameron’s renegotiation the red card, and his dismal attempt at changing Britain’s relationship with the EU shows why it cannot be reformed.

I will be voting to leave the EU because life outside of the EU would much better, and freedom from the shackles of its bloated bureaucracy would allow Britain to become more globally minded, dynamic, more secure, and we could be a sovereign nation once again, creating own laws and in control of our own money, economic policies, and destiny.