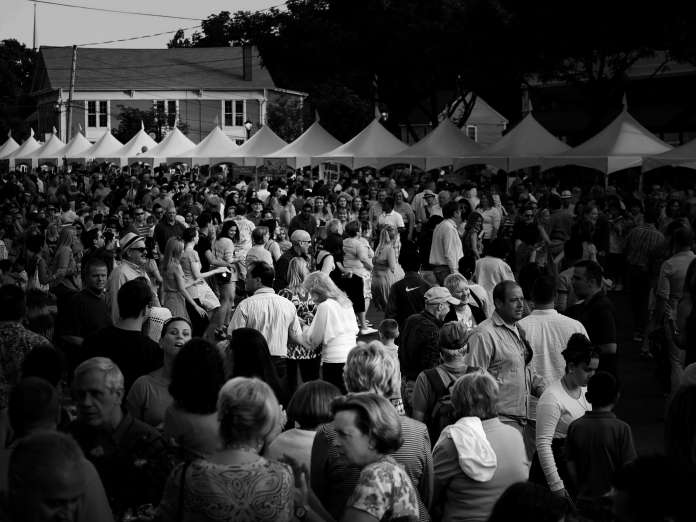 The anti-Islamist marches in Germany have highlighted the growing schism between the views of mainstream political parties on free movement of people, open borders and mass immigration, and the growing number of European citizens who are becoming increasingly uneasy and concerned about the wisdom of such developments and their effect on national culture, identity and community cohesion.

The terrorist attacks in France, where extremists murdered 12 people at the Paris office of French satirical magazine Charlie Hebdo, including the editor and cartoonists they accused of printing pictures offensive to Islam, raise questions about integration and whether multiculturalism is compatible with Western values, such as freedom of speech and freedom of the press

Free movement of people and multiculturalism are heavily supported by the leftist-liberal establishment, who appear to view patriotism as outdated, repressive and oppressive.

David Cameron’s support for the EU and open borders is very worrying. Roger Scruton in his book How to be a Conservative argues that: “Conservatives believe that our identities and values are formed through our relations with other people, and not through our relations with the State. Our rights and responsibilities as individuals are informed by customs that have stood the test of time and have been protected by the rule of law”. The EU is a creature of the public sector and a bloated bureaucracy, which is anti-democratic with values at odds with those espoused by Scruton.

The shallow conservatism promoted by Mr Cameron is not really conservatism at all as it’s only concerned about materialistic values. So we hear a lot about how the economy is growing – and of course a growing economy is important – but he assumes incorrectly that reports of material wealth will placate the people worried about how open borders affect community cohesion, place and home, and society.

Multiculturalists argue that all cultures are equally valid and should be equally celebrated, but fail properly to consider the practical implications of such policies. They also fail to understand the impact on community cohesion and the distrust that can arise.

Thomas Sowell, a prominent black American scholar, says “multiculturalism not only serves the ego interests of intellectuals, it serves the political interests of elected officials, who have every incentive to promote a sense of victimhood, and even paranoia, among groups whose votes they want in exchange for both material and psychic support.

The multicultural vision of the world also serves the interests of those in the media who thrive on moral melodramas, as well as serving the interests of whole departments of ethnic “studies” in academia and a whole industry of “diversity” consultants, community organisers, and other miscellaneous race hustlers.

Sowell also says that “any suggestion that any aspect of Western civilisation has been admirable, or better in any way than the corresponding aspect of any other civilisation will, of course, be loudly denounced as showing bias instead of being ‘non-judgemental’.”

The protests across Europe are showing that contrary to the utopian vision of the leftist-liberal establishment, the power of nationhood, concerns for place, home and culture remains integral in the hearts of Europeans. Shouting racism has been counterproductive and perhaps the liberal establishment need to accept that there is no such thing as utopia and human beings will maintain an element of self-interest and self-preservation.

Share
Facebook
Twitter
WhatsApp
Email
Previous articleAndrew Cadman: Our elites are addicted to the narcissistic buzz of feeling good about themselves
Next articleHolly’s Letter From America  – Scruton shows how the Left fostered big government