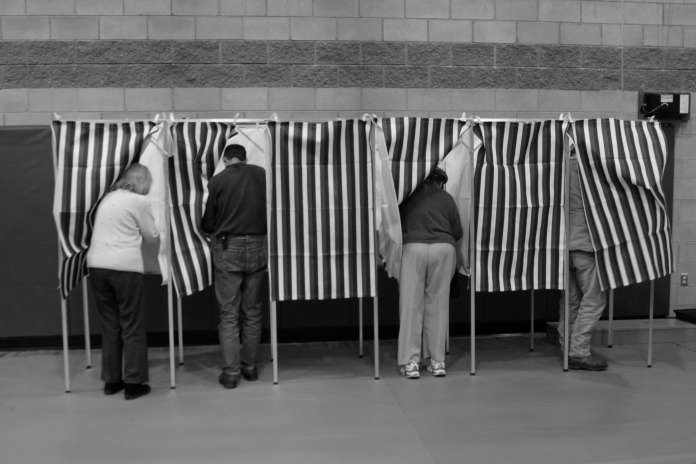 US Senator Rand Paul is doing an excellent job in outreaching to African-Americans and the GOP has excellent black spokespersons like Orlando Watson, who recently hosted an event to debate if ‘black values align with the Democrat or Conservative Party?’ It’s an interesting question and caused me to wonder if centre-right parties could ever win the black vote in Britain.

Nels Abbey, writing in the Evening Standard, has suggested that the Tories could win the ethnic vote but in order to do so the party would need to adopt better engagement strategies and support small business and start ups. He also stated that “the Tories should pay more attention to ‘hidden’ problems in ethnic communities. For example, by the end of 2013 black and Asian youth unemployment stood at 44 per cent and 34 per cent respectively. Nigel Farage was the only party leader to highlight this problem publicly: that won him friends in ethnic communities.

Nels Abbey cited the example of a family member who held very traditional values and was a conservative in all aspects apart from at the ballot box, and that there is a perception that the Tories are racist and that’s why many ethnic minorities stick with left wing political movements.

I believe that social conservative parties can win the black vote and my own journey has been from the centre-left to the centre-right.

I supported Labour during my teenage years and was ecstatic when Tony Blair won the 1997 election. My support for Labour dipped during my early 20s and at the 2010 general election I wanted to vote for David Cameron’s Conservatives, but was talked out of it by a family member who advised that the Tories can’t be trusted and have a poor track record with ethnic minorities.

I ended up voting for the Liberal Democrats but later regretted that decision and I found myself returning to the Labour fold. However I soon started to have doubts about Labour values. I recall a Labour Women’s conference that I attended and the stunned reactions in the audience when I dared to suggest that perhaps excessive welfare had created an entitlement culture. I also said that I’d nearly voted for David Cameron at the 2010 election because I was sympathetic with his idea that welfare shouldn’t trap people into living a life of dependency, and strong families are the key to stable communities. Nobody is helpless or hapless and sometimes you have to start from the bottom and work your way up.

I quickly grew tired of the mainstream labour groups and started reading more about Maurice Glasman’s Blue Labour philosophy. I like Maurice Glasman and he is one of the few on the Left who understands why blue-collar workers and working class communities are unhappy with open-door uncontrolled immigration. Maurice talks about values, community ties, and his concept of faith, flag and community is wonderful. Rather interestingly, Maurice Glasman is unpopular with many ideological feminists in the Labour movement, who view his ideas about faith, flag, community and patriotism as nostalgia and a threat to women’s rights.

I ultimately left labour because of its failure to offer a referendum on the EU. My initial opposition to the EU was because I worried that there might be a link between open-door immigration from the EU and high unemployment rates for black males. However after learning more about the EU, I generally believe that Britain would be better off out and its rules and regulations are harming the British economy. Britain can trade with Europe but it doesn’t have to be a part of a federal superstate.

I also decided to learn more about the ideologies that underpin the Left and Right generally. I watched you tube videos of Thomas Sowell discussing ideology, I read Dan Hannan’s book called ‘How we invented Freedom’, and attended lectures about classical liberal economics.

Most black people in my experience are socially conservative and regular church goers but still vote for left wing political parties. To win the black vote centre-right political parties should explain why centre-right ideologies would be good for black voters and engage. For example, it could be argued that centre-right ideas about a limited state, free markets and personal responsibility as opposed to overreliance on a big government bureaucracy are actually in line with biblical values.

Broken families and the growth of fatherless young black boys have encouraged the growth of gangs and incarceration rates for young black men are high. High prison rates for black men have also caused a marriage crisis in the black community and the collapse of the black family. Some leftists like to say that problems in the black community are because of “white privilege” but I think that many problems can be solved by black people themselves and centre-right ideologies offer more holistic and practical solutions. There just needs to be more solutions-oriented social conservatives willing to outreach in inner city areas. Boys need fathers, traditional marriage is good, and social conservatives are more willing to say that.

The free market also allows freedom of speech and helps break the stranglehold of those who wish to micro-manage us. Centralised control always inevitably favours the wealthy and creates oligarchies whereas truly free markets allow aspiration. Off course the free market can be abused, and some protections are needed, but often the abuse is caused by state interference in the market which causes cronyism, and we see corporate welfare in the form of bailouts which gives capitalism a bad image.

I agree with most of Nels Abbey’s strategy for engagement but I’m not a fan of David Cameron. The Tory party is not a conservative party and the leadership is more concerned with advancing a metropolitan liberal agenda.

Social conservatives should promote direct democracy, pushing power away from centralised institutions and helping to make positive change by being solutions-orientated and non elitist.  Lower taxes, a platform for aspirational voters and support for the middle class are all in this vein.