NewsPaperthe art of publishing
HomeNewsTamara Chabe: The more a man washes up, the more likely he...
5

Tamara Chabe: The more a man washes up, the more likely he is to divorce you 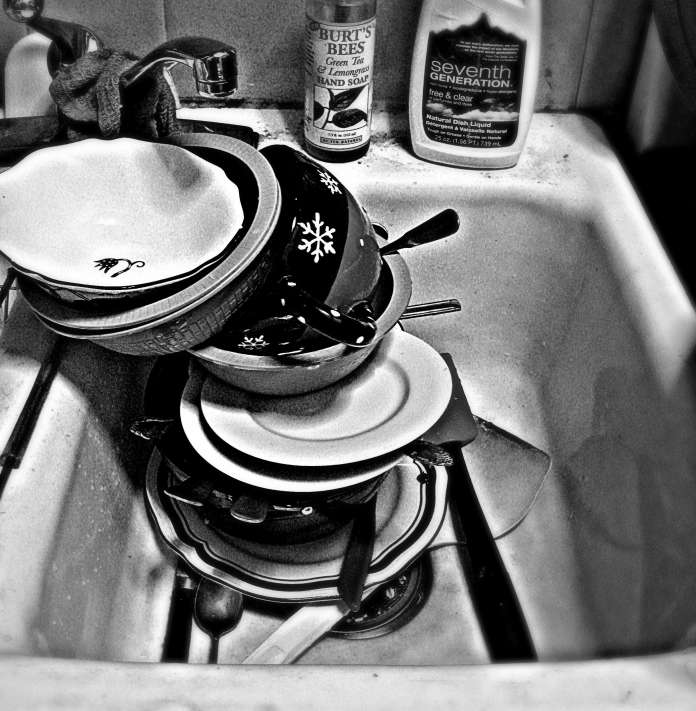 A study by Professor Heather Laurie, from the Institute for Social and Economic Research at the University of Essex, and Dr Man-Yee Kan from the University of Oxford into how different ethnic groups apportion household chores has found that black Caribbean men are the most diligent in sharing the load.

Professor Laurie said that “in multicultural Britain today, white British couples are not necessarily the most modern and egalitarian in their outlook on housework” and “the survey does not reflect well on the willingness of white males to do their fair share”.

For men, having an employed spouse increased the number of hours that they spent on housework and being in paid employment decreased their housework hours by around three hours a week. Therefore, it could be the case that black Caribbean women, on average, do the most work generally if they’re the main breadwinners in the relationship.

The authors promote the idea that equality in household chores leads to greater happiness for couples. Radical feminist also promote that idea. However, there is a lot of interesting and insightful research which contradicts that notion.

Thomas Hansen, co-author of a study entitled “Equality in the Home”, says that “there is no correlation between equality at home and quality of life” and that “the more a man does in the home then the higher the divorce rate”. His research shows that divorce amongst couples who divide household chores equally is 50 per cent higher than couples who don’t.

The report doesn’t suggest that women should do all the household chores, but highlights the difficulty and pitfalls of attempting to apportion chores on a 50/50 basis.

Hansen says that “what we’ve seen is that sharing equal responsibility for work in the home doesn’t necessarily contribute to contentment.”

Dr Frank Furedi, sociology professor at the University of Canterbury, said in response to Hansen’s research that “chore sharing took place more among couples from middle class professional backgrounds, where divorce rates are known to be high”, and “these people are extremely sensitive to making sure everything is formal, laid out and contractual. That does make for a fairly fraught relationship.”

A study carried out by Sainsburys found that women re-do around 70 per cent of the chores that men do.

The various complaints cited by women included men not wiping surfaces properly, not vacuuming thoroughly, moving mess around, taking a lackadaisical approach towards tasks, and even doing botched jobs on purpose in order to avoid being asked to do them in the future.  The study noted that “men generally do not have the same attitude as women towards housework”.

Writing in the Telegraph on this issue, Sally Biddell said, “re-doing what he’s already done is a sure-fire way to foster resentment between you”, and that “men don’t always feel that the cleaning needs to be done in the same way a woman does”.Biddell found that whilst her partner was diligent about stuff like taking the bins outside being a “cleaning nut” wasn’t his priority.

Biddell ended up hiring a cleaner, and she said that it was the best decision that she ever made.

Frequent nagging is often cited as being a passion killer and what the research from Thomas Hansen shows is that there are a number of pitfalls in attempting to split tasks 50/50, and the reality is that men in general are different from women.

Of course, there are some men who are very diligent in cleaning and take an OCD approach towards chores, but it appears that such men are in the minority.

Equality in household chores sounds great in theory but reality is very different, and the lyrics to Alesha Dixon’s song will most likely continue to resonate with a large percentage of women.