NewsPaperthe art of publishing
HomeNewsTamara Chabe: The ’n’ word is disrespectful to all blacks
10

Tamara Chabe: The ’n’ word is disrespectful to all blacks 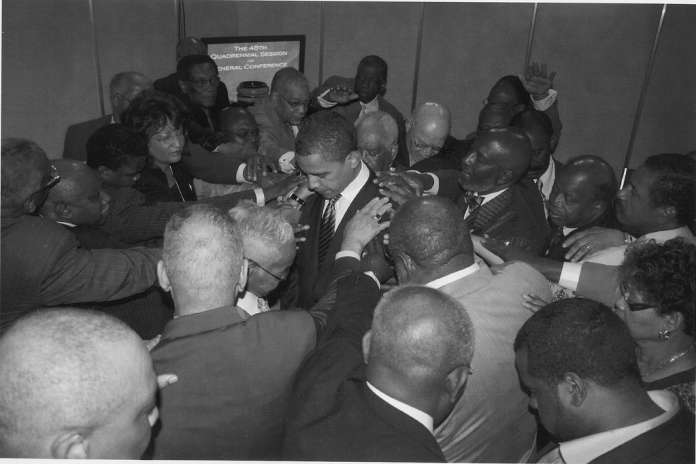 The event, which takes place annually, brings together high profile journalists and members of the media.

Wilmore, said the following: “When I was a kid, I lived in a country where people couldn’t accept a black quarterback… And now to live in your time, Mr. President, when a black man can lead the entire free world….Yo, Barry, you did it my n***a!”

The idea that Obama is leading the “free world” is debatable, and his recent visit to the UK where he attempted to bully the British people into remaining in the undemocratic EU suggests otherwise.

However, Obama becoming America’s first mixed-race President was a major achievement. He won on a popular mandate and was voted into the post directly by the people, and unlike the unelected European commissioners, he can be satisfied in knowing that his victory was an honourable achievement.

The White House Correspondents dinner is a jovial occasion full of jokes and comedy, but there are still boundaries that should not be crossed, and Wilmore certainly crossed that boundary.

Unfortunately, the n word  is used by some mostly black male American rappers and comedians in a jovial manner. They argue that blacks should be allowed to claim ownership of the word and transform its meaning into a term of endearment as opposed to it being a racial slur, and that only blacks should be allowed to use it. It’s a hopeless stance and one which can’t be rationalised because it’s so nonsensical.

Writing in Vice magazine in response to the controversy, Edward Wyckoff Williams, a black male journalist said: “Barack Obama and Wilmore, upper-middle-class African American men who, despite their mainstream success, identify with the broader black culture and speak its language. Obama’s response—pumping his chest in solidarity before rising to hug and thank him—was actually far more significant than Wilmore’s words, and explains, in part, why he and his wife Michelle are so beloved: They are widely seen as a man and woman of their community who have not lost track of their roots.”

Writing in the Daily Mail, Piers Morgan argued that Obama deserves better than to be called a n***a by anyone and that the word should not be used by anyone of any race. Morgan is right, the use of the word can only be counterproductive and harmful.

In his article, Morgan highlighted the story of the stand-up comedian Richard Pryor to illustrate his point. Pryor used to use the n word in comedy sketches and believed in the confused idea that it was right to claim ownership of the word. Pryor’s attitude changed after he visited Africa, he wrote: ‘While I was there, something inside of me said, Look around you Richard. What do you see? I saw people. African people. I didn’t see any “n***ers.” I didn’t see any there because there are no “n***ers” in Africa. Can you imagine going out into the bush and walking up to a Masai and saying, “Hey n***er. Come here!” You couldn’t do that. There are no “n***ers” here in America either. We black people are not “n***ers”, and I will forever refuse to be one. I’m free of that; it’s out of my head. I realised that terms like “n***er” and the word “bitch” that so many black men call our women, are tricks, like genocide on the brain.’

Richard Pryor nicely summed up the poverty of the argument that the n word can be reclaimed or owned by black people to be used as term of endearment in order to take the maliciousness out of it.

Writing in a magazine called Electronic Urban Report, Antonio Moore said Wilmore’s actions were: “plainly disrespectful to all of Black America.  As our race tries to decide between fact and fiction about its purpose, the gamesmanship played by far too many in the black elite has made a mockery of the actual challenges that have given birth to the struggles of the black poor. Black educated professionals (particularly those that have no experiences of being in the ghetto) need to stop using black language of the ghetto to make them feel more relatable, and or cool”

Obama being called a n***a was disrespectful and it certainly diminished the office of Presidency. It was embarrassing, crass and hugely disappointing.

Share
Facebook
Twitter
WhatsApp
Email
Previous articleLefty Lunacy: If Blair wants to stay, we want to leave
Next articleBelinda Brown: Feminism can only flourish under the protection of real men