TCW Debate: Grammars win the day in our Commons debate

Last night in the House of Commons, The Conservative Woman hosted a debate on grammar schools. 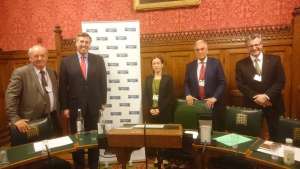 Motion: ‘This House believes that a new generation of globally competitive grammar schools is essential for post-Brexit Britain’ 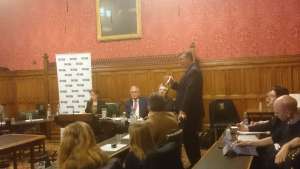 Graham Brady MP, proposing the motion, noted how he “has the privilege of representing a constituency with one of the best state education systems in the country” and that comprehensive schools are lacking in getting pupils to achieve higher grades in tougher subjects.

This has a knock-on effect on social mobility, he remarked, meaning that many sectors are “disproportionally represented by private school pupils”. Brady powerfully explained  how he has a “fundamental, philosophical problem” with those who are against selective education – “shouldn’t we be moving on to a world where we have free choice on education?”, he asked. We must “give those who don’t have the freedom to pay, access to selection”.

Brady praised the recent Budget, saying that the new T-Levels announced will “raise the status of technical education” and closed his remarks by reiterating the need to “embrace the widest possible variety of schools”. 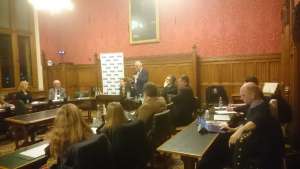 Sir Michael Wilshaw, opposing the motion, conceded than “comprehensive education has been botched in the past…but that was then”. Today, he said, the system has improved thanks to the previous ten to fifteen years of “radical change” which has ensured schools that were previously failures are now sending pupils to Russell Group universities in “scores”.

Many are now achieving “top GCSE results, and that is with a toughened standard” and “more poor youngsters are now going to university”. Sir Michael posed the question that since our system of mainly comprehensive education “is no longer broken…why throw a spanner in the works?” If you take the brightest pupils from comprehensive schools, Sir Michael remarked, “you do not lift everyone up”.

“Everybody is a loser” from the comprehensive system, Chris remarked, since GCSEs are a “dumbed down” qualification – so much so that we would need to start GCSEs at 11 in order to catch up with standards in places such as Shanghai.

In the 1950s, “two thirds of grammar school pupils were children of manual labourers” and that element of social mobility has not been successfully rekindled because people have been “brainwashed that selective education is bad”. Closing his remarks, Chris said that the comprehensive system is a “dead horse…let’s have parental choice.”

Dr Andrew Cadman, seconding Sir Michael Wilshaw, produced a bold plan of action. “What a pity we have been talking about a lack of technical schools for so long”, and that for our new technical age, we need to reverse the bias against technical qualifications over academic ones.

Further, Dr Cadman argued that schools should be allowed to make a profit in order to “allow competition and the expansion of good schools” underpinned by a voucher system. The Government “lacks the courage to undertake such a bold move”.

Concluding, Dr Cadman said that merely reintroducing more grammar schools is “a narrow solution” and an “analogue solution for a digital age”.

Following a vote by the audience, the motion was agreed to – two thirds for, a quarter against and five abstentions.

You can listen to the entire debate below.

Our thanks to the panel and our excellent audience for their great questions.