NewsPaperthe art of publishing
HomeNewsTCW Editors: 2016 was the year the people struck back
13

TCW Editors: 2016 was the year the people struck back 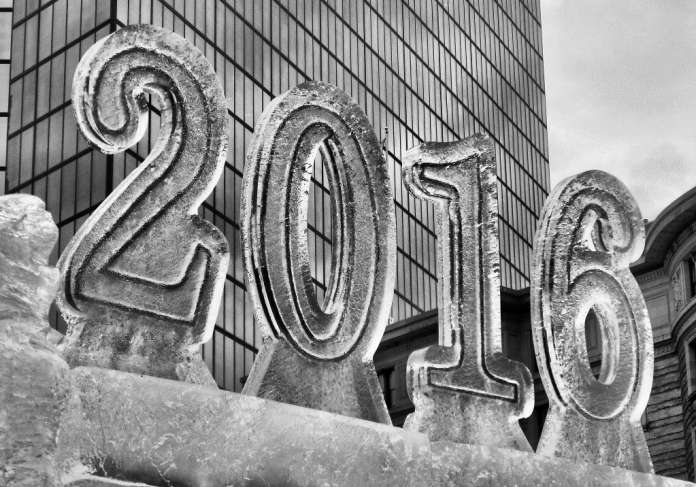 What a year 2016 has been – TCW has soared to new heights all thanks to the continued support of our wonderful readers. There was also the small matter of Brexit, the political establishment being Trumped across the pond and a new handbag at the helm.

However, despite this, the march of cultural Marxism has continued unabated – but we have been ready to call it out. Here is our 2016…

To set the tone of things to come, Cerberus opened the year with a prescient prediction of just how key immigration is as a reason to leave the EU, going on to observe that the battle to come would be all about the people having to beat the politicians and how the migrant crisis could shatter the EU as a whole.

On this note, the horrific sex attacks carried out by predominantly migrant men were made all the more dreadful by the liberal media cover-up over the perpetrators, as observed by Jane Kelly and Craig Byers, who noted that the BBC were at the vile vanguard. Laura Perrins highlighted the silence of the feminists on the clear danger posed to women by mass migration.

One of February’s greatest hits was Laura Perrins’s use of Polly Toynbee as a prop to demonstrate just how ludicrous it is for women soldiers to be on the frontline.

Just as the BBC was loading their dice against Brexit, David Cameron came back from Brussels with his ‘deal’, which had all the persuasive ability of a soggy hat. Liam Fox MP called the deal an empty box while Tim Loughton MP set out why he would be backing Brexit and Peter Smith exposed how Cameron’s ‘reforms’ made no legal differences.

Meanwhile, Kathy Gyngell was absolutely right to point out that without Nigel Farage, the six cabinet ministers who hopped aboard HMS Leave would still be lying low.

March saw the launch of TCW’s ‘New Look’ with a refreshed website and plenty of new features to enjoy – kicked off by Laura Perrins’s interview with Peter Hitchens on why it is time to emigrate and the first of a regular Fox on Friday column from Liam Fox MP, setting out why voting to leave would save the Union.

A popular hit was Belinda Brown’s masterful dissection of the Women’s Equality Party while the resignation of Iain Duncan Smith from the Cabinet provided an opportunity for TCW to evaluate IDS as the true Tory moderniser with Christian compassion and integrity – something the Left cannot understand.

The month finished off with a powerful piece by Karen Harradine exposing Corbyn’s Labour as the hotbed of anti-Semitism it is.

In the fresh aftermath of another Osborne Budget, Mark Ellse took apart the National Living Wage – explaining why the old, the young, the poor all lose out from it.

Fox on Friday’s columns focused on the economy, the debunking of IMF’s Project Fear propaganda and how Brexit could liberate Europe for the third time in 100 years.

Virtue-signalling was uncovered as the cause of the Port Talbot steel crisis – metropolitan wailing was putting working people’s jobs at risk.

Speaking of wailing, along came the junior doctors strike, and my, were we having none of it. Kathy Gyngell went into bat for TCW and common sense – the doctors were livid, but everyone else was impressed. Just for good measure, they got a dose of Laura Perrins-style reality later on in the month.

Meanwhile, psychic Cerberus struck again – predicting how Barack Obama’s preachy visit to the UK would go down like a cup of cold sick.

The warm-up act for June’s date with destiny were local and devolved elections in May, with the Tories’ revival in Scotland analysed by Niall McCrae.

Something completely unrelated was Laura Perrins’s very wise advice to never take sex advice from a batty feminist whilst Belinda Brown pleased our readers once again, arguing that feminism can only flourish under the protection of real men.

On all things Brexit, Liam Fox MP warned us that an EU army would sap our strength and Cerberus argued that Michael Gove was right to say we have to leave the single market. Memo to Remoaners, why are we still having this debate? David Davis MP also reminded us about the EU’s sclerotic inability to create jobs. TCW was very glad when he got that job in July!

Rev Julian Mann wrote a popular despatch: another day in the death of the Church before TV’s Dale Winton took to TCW and asked: Donald Trump – is he hero or villain?

Karen Harradine once again turned her hand to a very powerful piece which received plenty of your support, arguing that there is no equivalence between today’s economic migrants and Jews fleeing the Nazis.

As Nigel Farage came under intense fire, TCW stuck up for him, with Kathy Gyngell, Laura Perrins and David Keighley all countering the smears of the increasingly desperate Establishment. With the referendum fast approaching, TCW held a competition – with Jessica Goldfinch and Rachael FitzGerald-Finch submitting excellent entries.

In light of Jo Cox’s tragic killing, the editors united to say that democratic debate must not be quelled.

A last minute rallying cry from Liam Fox, Laura Perrins and Kathy Gyngell pushed us through the finishing post – and lo, Independence Day was upon us. Remoaners had tantrums, bishops choked on humble pie and Peter Hitchens argued that Brexit was a chance for a new socially conservative party.

However, David Keighley was on hand to warn us that the BBC would be on a mission to destroy the Brexit vote – advice we would still be wise to heed.

So, we won – but now what? Cerberus told us that it would take Thatcher-like zeal to make Brexit happen and was, as ever, prophetic – we got a new handbag at the helm later that month.

After Andrea Leadsom’s implosion, Laura Perrins decried the media hatchet job that stopped her from reaching Number 10, whilst James Bartholomew told us that Theresa May is not a conservative.

The scale, though, of our new PM’s challenge is large as our society has been groomed to be Remoaners for a while, as excellently highlighted by Niall McCrae. Her job is made harder still by a hysterical BBC, as entertainingly put by Mark Ellse, abandoning all pretence of balance and threatening post-Brexit riots. Come December, we are still standing!

Meanwhile, as attention turned to another democratic event across the pond, Suzanne Venker made the case for how a crass Trump presidency is better than a feminist Hillary one.

August bought a summer scalp for the feminists who forced Saatchi boss Kevin Roberts to quit over something he said about women in leadership roles. Laura Perrins said that this was a victory for the feminist Stasi whilst Kathy Gyngell was more direct – telling Roberts that he should have stood up to the feminist thought police.

Cerberus cheered as Theresa May signalled her intention to bring back grammar schools, but TCW’s Chris McGovern warned us to expect the mother of all battles.

Paul T Horgan called for a ban on strikes on the railways…something that is no doubt still pertinent to many readers as we end the year. August also saw two characteristically thoughtful pieces by Jane Kelly covering Muslim integration: arguing that fear of angering Muslims will mean electoral fraud will continue and that Muslims should adapt to the West, not the other way round.

As the US Election continued apace, Laura Perrins evaluated Donald Trump’s pitch to blue collar workers, noting that he is the one daddy left for America’s despised working class white male.

Belinda Brown, how dare she, argued that men are better value in the workplace – taking on the feminists once again, an activity Kathy Gyngell thought Philip Davies MP should get a VC for.

David Keighley continued to tackle the BBC’s anti-Brexit bias, with a chilling warning that failure to tackle BBC bias could derail Brexit whilst Ken MacIntosh filed a moving despatch about the care industry.

As the Syrian war raged on, TCW’s defence expert Patrick Benham-Crosswell set out exactly why Western military action in Syria is off the board.

Across the pond, Donald Trump was causing more outrage, but perhaps his most damaging of gaffes was assessed by Kathy Gyngell as showing the hypocrisy of the liberal fascists, whilst Laura Perrins noted that it was actually feminist culture that produced a man with Trump’s behaviour.

Peter Hitchens was so depressed by the crescendo of the US Election that he urged Americans not to vote for either Clinton or Trump.

Laura Perrins took to the airwaves on the BBC’s Daily Politics and gave feminism a lambasting whilst Gary Lineker’s absurd virtue-signalling over Calais ‘child’ migrants was taken to task by TCW’s satirist Nick Booth.

Our valiant vicars, meanwhile, were arguing that the gay cake ruling put freedom in its coffin and told us why embracing modernity is no answer to falling church attendance.

Niall McCrae could see the writing on the wall in the US Election, arguing that the army of luvvies rallying round Hillary represented the liberal elite’s desperate attempt to stop a people’s revolt.

When Trump finally sealed the deal, Cerberus hailed the popular revolt as America’s Brexit moment whilst Sarah Smith said that it gave the liberal media a black eye.

Our very own people’s revolt was being held up by the High Court’s decision to deny the PM’s power to trigger Brexit on her own. Our editors united to say that the democratic Brexit tide cannot be held back.

A glance at the distorting prism of the Today programme revealed them in their element – lauding sharia law as some form of women’s lib. Kathy Gyngell was not impressed.

As this extraordinary year came to a close, December saw Nigel Farage rightly telling journalists just how wrong they are on crucial issues such as climate change, immigration and radical Islam – satisfyingly observed by TCW.

Jane Kelly also revealed to us how she tried to become a teacher…so she knows full well just how many of them are slaves to the dreary leftist nostrums.

Share
Facebook
Twitter
WhatsApp
Email
Previous articleMark Ellse: Our asylum system is all about feeling good about ourselves
Next articleKaren Harradine: 2016 exposed the elitism of the Left