NewsPaperthe art of publishing
HomeNewsTCW Editors: To seize the Thatcher mantle, Leadsom must grasp the scale...
17

TCW Editors: To seize the Thatcher mantle, Leadsom must grasp the scale of the challenge 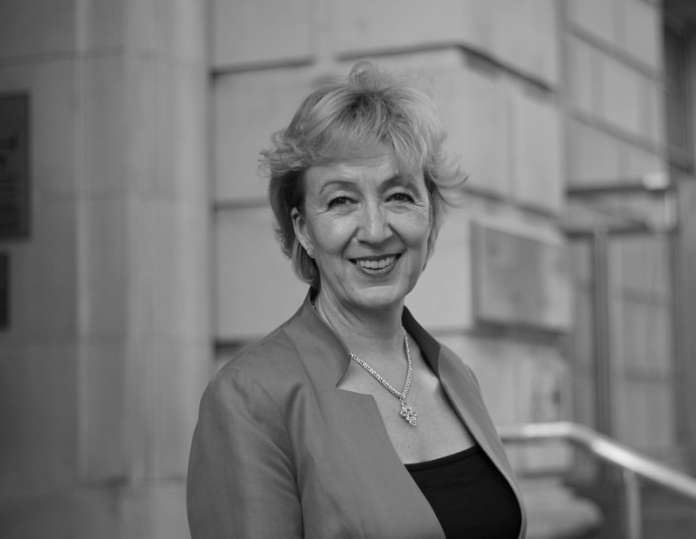 We’re agonising over the Conservative Party leadership battle. Are any of the candidates worthy of backing?

Does one have the determination and competence to lead the country out of Europe and stem immigration?

Is one up to defying Remain’s furious rejection of the Brexit vote and shame them over their self-interested elitism?

So far none have.

The ‘silent’ Remain candidate, Mrs May, has done the PC reverse – and handed out olive branches in the name of unity.  Talk of ‘healing’ only appears virtuous. It is tantamount to saying Remain had and have right on their side. They don’t.

We watched out in vain for our Brexit candidates’ condemnations of Saturday’s central London pro-EU rally.

Were they worried about upsetting the Remainers’ safe space or scared of Bob Geldof’’s wrath?

Or do they simply have no insight into the enormity of the peasants’ revolt that decided the Brexit vote in their favour?

If they haven’t yet got it, that it was the little people of Britain taking the one opportunity granted them to give the elite a bloody nose, then none of the Tory leadership hopefuls are fit to run the country.

It was ‘the poor wot done it’, as Spiked-Online editor Brendan O’Neill says; a poor that wasn’t thick or racist but sick of a political class largely represented by ‘Remain’ but also, it shouldn’t be forgotten, by the Vote Leave leadership.

This is what Mr Marr should be questioning the leadership candidates on – not on what O’Neill has described in another article as ‘the visceral nature of the chattering classes response to Brexit’.

Britain’s poor and workless have risen up and have brought “the Blairite myth of a post-class Third Way Blighty” continued by Cameron and Co crashing down. Those well ensconced third wayers don’t like the truth when it smacks them like a wet kipper in the face. Is that why Gove and Johnson went mute after the victory?

O’Neill is right. The less well off have asserted their stake in society to the shock of all their patrons. GCSEs they may lack, but common sense they don’t. They’ve seen through the virtue-signalling hash tag celebs. No wonder Saint Bob is miffed. No wonder Gove and Johnson were stunned into silence at the result.

For the referendum has exposed the rift between the metropolitan elite and the rest.

Only one of the contenders – Michael Gove – appears to have begun to get this, saying in his campaign launch speech that we are divided into two countries. He has, however, written himself out of the leadership script for more reasons than one – not least his dependence on his most arrogant, infantile and divisive of advisers.

The poor without a ‘wallet-powered escape route’ from school place and doctor shortage who voted out were not all idle ‘benefit streeters’ either. Wages paid to skilled workers are down more than 10 per cent over the last six years as result of immigration. It may have helped corporate profits and the elite but it did not help them.

No leadership candidate can indulge the fantasy that this can be sorted by ever more and ever earlier state-inspired intervention however compassionate the intent, or by false promises of a step on the ladder. This ‘social justice’ approach is patronising and flawed. It has been tried and failed. There is no evidence it makes a blind bit of difference except to bloat the pubic sector and keep so-called charities in business and create further resentment.

Britain like the US has ‘come apart’ and the fault line is cultural as well as economic. What suits the rich is the death of the poor.

So far not one contender is suggesting real reform – affordable marriage or jobs (proper male ones) for socially and economically marginalised men  to make them marriageable – which would allow the the poor to help themselves and get the greater stability and opportunity such choice would afford.

The irony is that the only political party to have responded to the poor’s disenfranchisement – caused by the toxic combination of technological change, the free movement of labour and the feminist cultural revolution – is the one the mainstream parties can’t distance themselves from enough – Ukip.

Our chosen contender must recognise this and call time on demonising the party that got the point first. As we write Toby Young (a Brexiteer) has been on Sky News smearing Nigel Farage (again) as a racist – talking about “how he conducted himself” in the campaign and as a man who should have no part in the Brexit negotiating team.

This is stupid and wrong. It buys into the Remain agenda, and risks alienating the poor just the Remain elite has done.

‘Our’ candidate needs to state categorically that the Brexit rebellion was not caused by racism, rather it was a considered response. She or he should follow where Diane James and Kate Hoey led, have done with smear tactics, and acknowledge the Tories’ failure, unlike UKIP, to represent the disenfranchised.

So far Mrs Leadsom dare not seem to acknowledge Ukip support coming her way or welcome it – or break free of Tory Party grandee control.

She had opportunity on the Marr Show to say how she – as Conservative Party leader – would breach this divide and win back disillusioned Labour and Conservative voters and take Farage into her Brexit negotiating team. She should have grabbed this with both hands and defied the wets advising her.

She still could go off message and set out her own stall. For if she invokes Margaret Thatcher’s name she must demonstrate her conviction.

Unless she steps up to the plate, we will be left asking where have all the good leaders gone. Are they in the private sector? Running charities or NGOs? We suspect not there either. Has the collapse of Christianity and the rise of the self indulgent ‘me’ culture created a vacuum in the calling to serve? Or has the relentless march of feminism emasculated once strong men? Or both?

We hope that Mrs Leadsom has it in her to rise to the challenge as Mrs Thatcher once did, show some intellectual courage and set herself apart from her infantile political contemporaries.

Otherwise we risk being left with the risk averse, left wing authoritarian ‘liberal’ Mrs May running the country.

And that is as appalling to us as it is to Peter Hitchens.

It is also as incredible to us as it is to Jonathan Foreman.

Grassroots Conservatives should not be deceived into backing a Home Secretary who has left “Britain’s borders and coastline at least as insecure as they were in 2010 (meaning) that British governments still rely on guesswork to estimate how many people enter and leave the country” and whose “cavalcade of Home Office decisions about visas and deportations…suggests a department with a bizarre sense of the national interest.”

Appearing to have gravitas is not enough. An ability to evade criticism speaks to Mrs May’s sense of survival, not to her political principles or courage.

In his critique of her Home Office tenure (that The Telegraph in their wisdom decided to pull) Mr Foreman wrote: “It’s .. not too late .. for conservatives to look behind Mrs May’s carefully-wrought image and consider if she really is the right person to lead the party and the country.”

It’s not even too late for Associated Newspapers to change their mind.