TCW holiday reads: They don’t make men like this any more 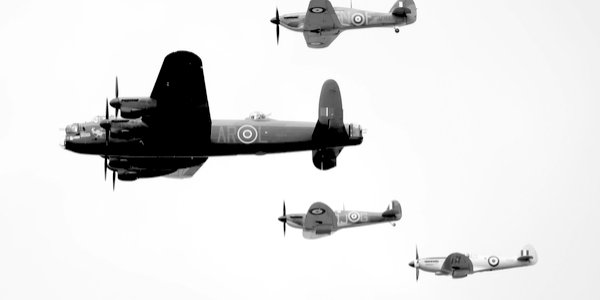 Reach for the Sky: The life story of Douglas Bader by Paul Brickhill; Cassell Military Paperbacks, and available secondhand

I HAVE read this book several times but I did not realise until now that the legendary RAF war hero Douglas Bader invited Paul Brickhill to write his biography. There were no sources but Bader, so to all intents and purposes it is an autobiography. The great thing from the subject’s point of view was that an outside observer could write things that even a man of Bader’s supreme confidence might have hesitated about. Bader always has the last word, always comes out on top, is always right. What we have here is a hagiography.

And yet . . . you cannot get away from the fact that the man was quite extraordinary. They really do not make them like that any more.

There are three main sections to the story. A picture of Bader with other prefects at his school in 1928 shows him coolly leaning back, hands in pockets, a young man who thinks he owns the world. Three years later, as a 21-year-old RAF pilot officer with a glittering record in cricket and rugby, he was showing off by performing illegally low aerobatics when a wingtip touched the ground and his aircraft cartwheeled in a heap of smoking wreckage. Bader was brought out alive but both legs had to be amputated, one above the knee, one below. The outlook was not good and morphine could not help his terrible pain.

‘Later he woke and the pain had gone. He lay looking out of the window at a patch of clear blue sky and into his mind crept a peaceful thought: “This is pleasant. I’ve only got to shut my eyes now and everything’s all right.” Warm peace was stealing over him, his eyes closing and his head seeming to sink into the pillow. In a dreamy haze the mind was shrinking into a soft, deep pinpoint.

‘Through the slightly open door of the room a woman’s voice slid into the receding clarity: “Sssh! Don’t make so much noise. There’s a boy dying in there.”

‘The words quivered in him like a little electric shock that froze the drifting dream and sparked a sharp thought: “So that’s it. Hell, am I!”’ [Slightly abbreviated extract]

Bader’s recovery and his determination to carry on as before is nothing less than inspiring. Six months after his accident, he was fitted with artificial legs and within days was walking on them without a stick, a remarkable achievement. Soon he was back in the air and flying as well as ever, but to his shock the RAF invalided him out. He had met his wife-to-be soon after he lost his legs and in 1933 they married in secret, both aged 23, because they feared opposition from her family. After a few years of rather half-heartedly working for Shell, Bader had a real stroke of luck – the Second World War broke out.

This time the RAF were happy to have him, and the second part of the story concerns Bader’s time as a fighter pilot. His experience and mastery of tactics led to his involvement in decision-making in the Battle of Britain, though not without controversy. He was not in the front line for a lot of the time but when he did get into the action, the accounts are almost too terrifying to read.

This book could simply not have been written today. There is no attempt to disguise the hatred Bader and his comrades had for the Germans and ‘those aeroplanes with the black crosses and swastikas dropping their filthy bombs on my country’. When he shot down an enemy plane there was not an ounce of sympathy, only triumph. By much the same token, the (terribly frequent) death of close friends in combat was not allowed to cause deep grief. Forthright, quick-witted, capable of being charming and irascible (I would also guess at arrogant, though with good reason), there is no doubt that Bader was a motivational and greatly respected leader. Brickhill portrays him as much-loved, too, but this is where you have to bear in mind the genesis of the book. Certainly he was loved by some.

Eventually Bader’s luck ran out and in August 1941, while taking part in fighter sweeps over Northern France which many commentators feel were misguided, he was shot down. The scene where he realises that one of his artificial legs is caught under some part of the cockpit is unbearably tense, but at last the leather harness holding the leg gives way and he is able to parachute into occupied France on one artificial leg and one stump.

The third section of the book is the story of his captivity. The Germans recovered his leg and repaired it (although not obliged to). Knowing that he was about to be taken to Germany and prison camp, he made contact with the Resistance via a nurse. A few nights later he made a rope of knotted sheets and climbed out of his third-floor window, to be taken in by a sympathetic family. He was not free for long as he was betrayed by another nurse. Moved from camp to camp and ending up in ‘escape-proof’ Colditz, Bader made it his business for the rest of the war to be as much of a nuisance as possible. Liberated in 1945, he was promoted to Group Captain and led a victory flypast over London of 300 aircraft. Subsequently he found the post-war RAF unexciting and went back to Shell, where as a war hero he was given a plane of his own and a post which involved as much flying as he could do.

There the book ends. Bader went on to do sterling work for the disabled, particularly the legless, and was knighted in 1976. He voiced his Right-wing views. He worked on his golf and got his handicap down to an impressive four. He was the subject of This Is Your Life in March 1982 and died of a heart attack later that year, aged 72.

Paul Brickhill, an Australian journalist, was himself an RAF fighter pilot during the war and was also shot down. He was imprisoned in Stalag Luft III, the scene of the mass breakout which he recounted in his 1950 book The Great Escape. Subsequently he wrote The Dam Busters. Both were made into successful films. In 1951 Douglas Bader asked him to write his story, and the two shook hands on a 50/50 deal on the profits. Published in 1954, the book was the biggest-selling hardback in Britain since the war. Bader became concerned about his tax affairs and insisted on a new agreement. Brickhill made him a payment of £13,000 (£330,000 today) which was largely for untaxable ‘expenses’, and the Inland Revenue waived any further tax charges. After Brickhill sold the film rights Bader regretted the new deal which he had instigated and became so bitter about it that he refused to attend the 1956 premiere of the film starring Kenneth More. He never spoke to Brickhill again, or answered his letters. Brickhill died a recluse in Sydney in 1991, aged 74, having never repeated his post-war successes and disappointed that he had not achieved his aim of writing the Great Australian Novel.

PS: I can’t resist this anecdote reported by a later biographer of Bader, S P Mackenzie, which sums up the man. Despite his wartime antipathy, he became lifelong friends with a German fellow pilot, Adolf Galland. Invited by Galland to a reunion of Luftwaffe pilots in Munich, Bader entered the room and said: ‘My God, I had no idea we left so many of you bastards alive.’