NewsPaperthe art of publishing
HomeCOVID-19TCW Poll: Should the PM end the lockdown after Easter?
0

TCW Poll: Should the PM end the lockdown after Easter? 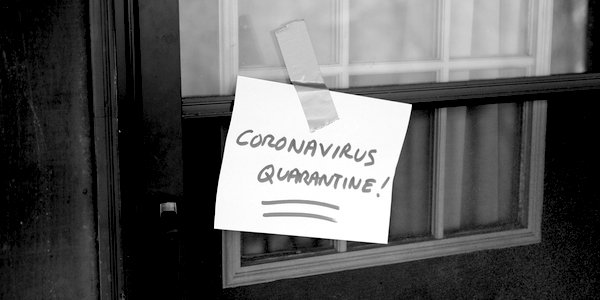 EACH day last week saw more questioning of the lockdown and more calls to end it.

Dan Hannan, who argued from the start that this unprecedented curtailment of our freedom must end as soon as possible, says it is time to start loosening the lockdown. He’s also pointed out that its catastrophic economic costs are qualitative as well as quantitative, political as well as social. Comparing the ‘whatever it takes’ slogan with the wartime ‘victory at all costs’, Hannan is surely right to point out:

‘Now, as then, those costs should not be measured only in higher debt. Every bit as debilitating for the economy after 1940 were the various ways in which private property and free contract were undermined – the nationalisations, requisitions and prohibitions. Something similar could happen today.’

We at TCW have expressed our dismay from the start – Laura Perrins arguing that ‘whatever it takes’ is too much, deploring our loss of liberty and blighted future, and predicting that Boris Johnson’s legacy will be a police state.

I wrote that reason has gone out of the window, believing like Lord Sumption that this is a heedless surrender of our liberty and like Peter Hitchens that there is powerful evidence – which continues to grow – that this great panic is foolish.

In the days that have followed, TCW’s Will Jones has forensically followed and reported on the science, the evidence and the scientific debate which confirms this, much of it unreported on the BBC (whose audience figures are up). You can look back at all his articles of recent weeks here.

Added to this is optimistic new evidence that the all-important ‘peak’ has passed, that hospital admissions are beginning to fall and that the NHS has caught up with its failure to plan and prepare for such an epidemic and now, finally, has sufficient bed capacity for the crisis.

Toby Young is another who suspects the government has overreacted to the crisis. He has argued that the drastic measures it has put in place will harm us more in the future and that ‘spending £350billion to prolong the lives of a few hundred thousand mostly elderly people is an irresponsible use of taxpayers’ money’. He might also have questioned whether the government’s policy of isolating the already most isolated and neglected sector of the population will achieve that anyway. Some of us doubt this, given its failure to protect care home staff or test them for coronavirus – leaving the elderly wide open to infection – or indeed to insist on their flu vaccination.

Last week Fraser Nelson joined in questioning the inherent logic of the lockdown – the cost in lost lives in return for lives saved from Covid-19. He reports that the Prime Minister believes that the lockdown has gone too far. There is daily evidence that this is the case with regards to unemployment and the economy, with the stark drop in income that is pushing many – up to 3million, the FT reports – into poverty, and increasing alarm about rising domestic and child abuse.

Against this the Health Secretary tells us that though ministers might have to choose between deaths from economic misery and deaths from coronavirus, decisions on lockdown will not be taken yet.

It raises the question of whether Public Health England is now in charge of political decisions. Polling from a new collaboration between the polling company YouGov and Imperial College London’s Institute of Global Health Innovation (surely where the controversial Neil Ferguson GIDA team is based?) that suggests that the vast majority of the British public are sticking to government’s social distancing rules is apparently being taken by government as evidence that the public supports a longer lockdown. Does the British public really love Big Brother that much?

Thankfully the Prime Minister is recovering. What do you think? Should he end the lockdown once he returns to work after Easter?