NewsPaperthe art of publishing
HomeNewsTCW Says: Cameron is right to bomb Islamic State. But he needs...
23

TCW Says: Cameron is right to bomb Islamic State. But he needs a strategy for a lasting peace 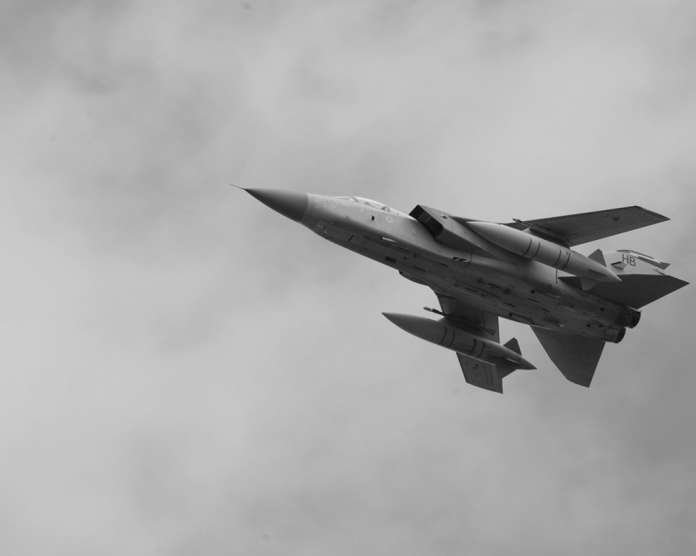 Members of Parliament will almost certainly vote tonight to support the Prime Minister’s call for air strikes against the so-called Islamic State (Isis) in Syria. They will be right to do so.

TCW takes no comfort in war. As Churchill famously said, jaw-jaw is better than war-war. If there was a negotiated way out of the Syrian five-year horror, TCW would be the first to back it. But there is not. At least, not yet.

Nor is this war in any conventional sense of the word. RAF jets are already bombing Isis in Iraq. David Cameron’s proposal merely authorises the same planes to bomb the enemy on the other side of the border between Iraq and Syria. This is a line in the sand that has become virtually meaningless. Isis plainly does not recognise it. Nor do the USA or France, both of whom are conducting air strikes in both countries against Isis. At its simplest, Britain is joining forces with its Nato allies – hitting Isis in its Syrian stronghold.

So headlines about Britain on the brink of war are over the top. We are already “at war” with Isis in Iraq. Now we are taking the fight across an almost imaginary line – into the sands of Syria.

Two years ago, a similar proposition was put to the Commons by the Prime Minister. The plan then was for UK warplanes to hit the military forces of the Syrian dictator Bashar Assad. Cameron lost the vote – not because anyone had much sympathy for Assad – but because he could not advance a clear strategy for the way forward – a criticism that can still be made today.

The PM was humiliated, suffering the worst Commons defeat of his premiership. And his critics had a point – firing a few missiles at Assad’s forces was hardly a solution to the Syrian civil war in which the Damascus dictator has brutalised his own people, killing hundreds of thousands, many civilians, and driving millions into exile.

So what has changed? Assad is no longer the prime target, despicable he might be. The enemy is more immediate and more savage – Isis. Tunisia, the Russian airliner and Paris has shifted the climate. Isis is a clear and present danger to the West. It has infiltrated Western societies, amounts to a fifth column in countries like France and Britain with substantial Muslim populations, is dedicated to the savage murder of any available human targets, and loathes what it regards as the decadent Western way of life.

There is nothing about British society that Isis does not want to destroy. After the Paris massacre, that is the point the Commons will address today. Some call it an existential fight. That too is an over statement. The West has the power to obliterate Isis in an afternoon. The question is does it have the will? After 9/11, the West, or rather the US with British support, hit back. The Taliban in Afghanistan was overthrown, bin Laden was assassinated by US Navy Seals, Saddam was deposed in three weeks, captured, tried and executed.

But dreadful mistakes were made. In the absence of a long-term plan for the governance of Iraq, the snake grew another head. The US and Britain pulled out their forces – unlike the aftermath of World War II where they stayed in Germany for 70 years. Liberal interventionism of the kind pioneered by George W Bush and Tony Blair was discredited. The barbarians came back. They took their cruel revenge against innocent civilians on the beaches of Tunisia, in the skies of Sinai and in the theatres and cafes of Paris.

Cameron’s proposal to extend air strikes to Syria can be criticised on many grounds: a knee jerk reaction to Paris; gesture politics; an opening gambit with no thought to the end game; a potential provocation of Russia, still a major power and a country with a blatant national interest in propping up its remaining Middle East ally Assad and holding onto its precious military bases in the eastern Mediterranean. Something must be done, cry the media and the grieving families of Paris. So something is done – hurling a few missiles into the sand.

In the Middle East maelstrom, many more questions remain unanswered: the role of the Saudis and the Gulf States in financing the Isis butchers; the place of Turkey, sworn enemy of the Kurds, Isis’s main protagonists on the ground; the loyalties of the Free Syrian Army, supposedly the 70,000 guys in the white hats in the desert.

But Her Majesty’s Government is not running a debating society. To govern is to choose and Mr Cameron and his Cabinet have chosen. They are joining our historic allies in turning our planes on Isis. And the crazed, psychotic beheaders of this twisted form of Islamic belief have earned our wrath. The kids cut down in the Bataclan have to be avenged. And their brothers and sisters must be defended.

A few Tornados will not change anything. But symbolism matters. The US, the world’s one superpower regardless of Obama’s anaemic disposition, France and Britain are now lined up in one place. Russia, as much a victim of Islamist terrorism as the West, is in the house next door. Even the spineless UN Security Council has endorsed military action against Isis (which implies China’s consent).

To paraphrase Churchill, this is not the end, but it might be the beginning of the end. Isis and its Western fifth column has to be destroyed. We have to plunge back into the heart of darkness because to stay on its fringes offers no lasting respite from its horrors. And, once we have dealt with Isis, we have to do a deal with the likes of Putin and Assad to restore a semblance of order and stability. And, of course, that will take the infamous boots on the ground – from somewhere or other.

We hardly need to mention Mr “I love terrorists” Corbyn. In his time he has backed the IRA, the PLO, Hamas, the repressive regimes of Cuba and Venezuela, and just about every other bunch of murderous misfits on the planet. Needless to say, he cannot even begin to hope he might command the backing of the West; he cannot even command the backing of his own Shadow Cabinet. He has been forced to allow his MPs a free vote simply because his writ does not run much beyond the Stop the War Coalition who spent Tuesday night besieging the headquarters of his own party. Corbyn is an aberration shortly to be concluded.

British and Western public opinion is weary of war, even the limited policing operation proposed by our less than heroic PM. But we don’t have an opt out from the world as it is. We would like peace but we know we will have to fight for it.